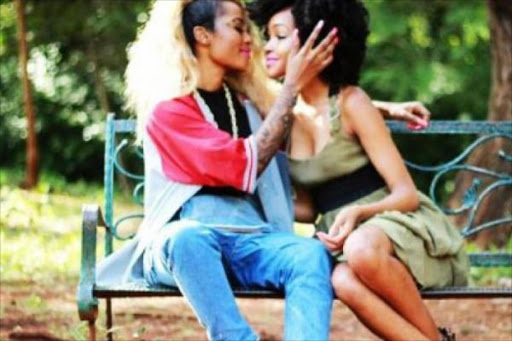 Some of the characters featured in 'Same Love (Remix)' by Kenyan band Art Attack, which the Kenya Film Classification Board banned on February 23, 2016. Photo/COURTESY

The Kenya Film Classification Board has banned 'Same Love (Remix)' by Kenyan band Art Attack as "it does not adhere to the morals of the country".

Chairman Ezekiel Mutua said via Twitter on Tuesday that the producers did not obtain a filming license as stipulated in the law and urged the public not to distribute the song.

The song advocates same sex and gay rights; highlights LGBT struggles and gender equality and pushes for civil liberties for all sexual orientations.

Regarding the issue of gay rights as discussed during US President Barack Obama's visit in July 2015, President Uhuru Kenyatta said Kenyans are "not at that point in time".

"We have to understand that these are processes and they take time," he said, restating that it is a non-issue for Kenyans, whom he said have more pressing matters to deal with.

Uhuru saying all Kenyans have a right to protection under the law, cautioning the public not to take matters into their own hands and harass community members.

"I will not allow people to persecute any individuals, or beat and torture them," he said during an interview on CNN.