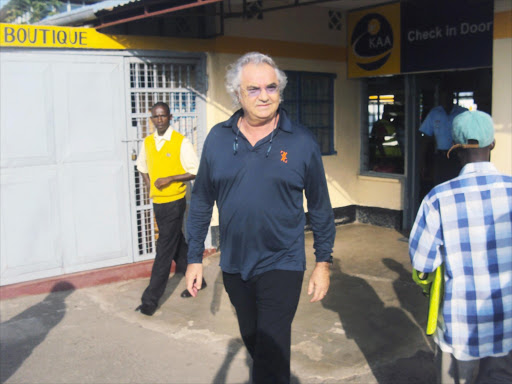 Briatore said in an interview on Monday that the national carrier was "not patriotic like Fly Emirates which helped in promoting tourism in its country".

Speaking to journalists at Lion in the Sun resort in Malindi, he noted that long hours of travel and many flight connections discourage tourists from visiting Kenya.

Tourists from Italy have to take a flight to Milan through Istanbul, then to Nairobi and then Mombasa.

“Kenya has a big advantage because it is close to Europe but tourists have to spend between 15 to 20 hours on flights because Kenya Airways has no flight from Italy," Briatore said, noting it would otherwise take about seven hours.

He said the international visitors are forced to change flights more than three times then travel three hours by road before reaching their destinations.

The businessman added that Malindi Airport must be upgraded urgently for flights directly from Europe to land, adding this would create more than 25,000 jobs and boost the economy.

Briatore praised President Uhuru Kenyatta for setting up a lighting system and said he was satisfied with the Jubilee administration's bid to revive the tourism Industry.

“With the support of the President, Deputy President, Tourism and Infrastructure ministers, we are optimistic that tourist numbers at the coastline, from Mombasa, Kilifi, Watamu and Lamu, will pick," he said.

Regarding terrorism, Briatore said Europeans were scared as it is a global threat but that Interior CS Joseph Nkaissery and the President had made strides.