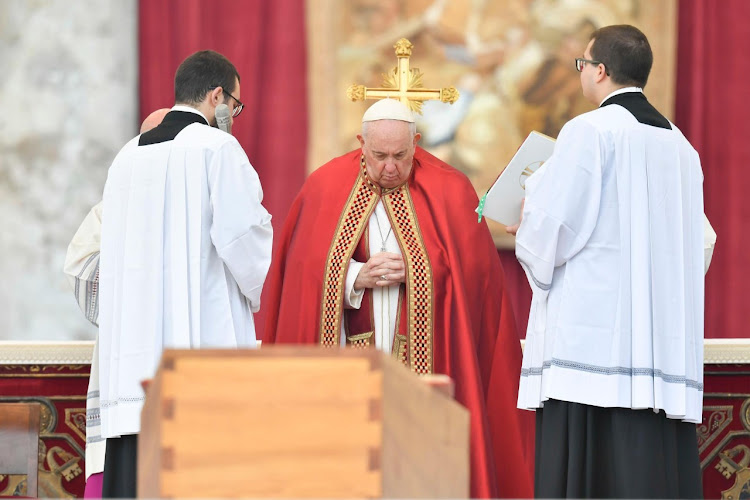 The mass was led by Pope Francis.

He is the first sitting Pope to conduct his predecessor's funeral in more than 220 years. 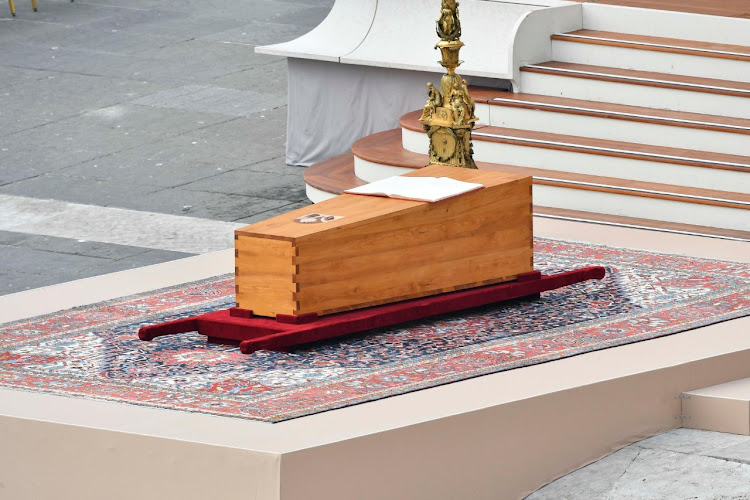 The Pope Emeritus was laid to rest in the tombs beneath the St Peter's Basilica, according to his final wishes.

Before being laid in the crypt, his body was sealed in a zinc coffin, which was then put in a wooden case.

Items symbolising his time in the papacy were also be placed alongside his body. 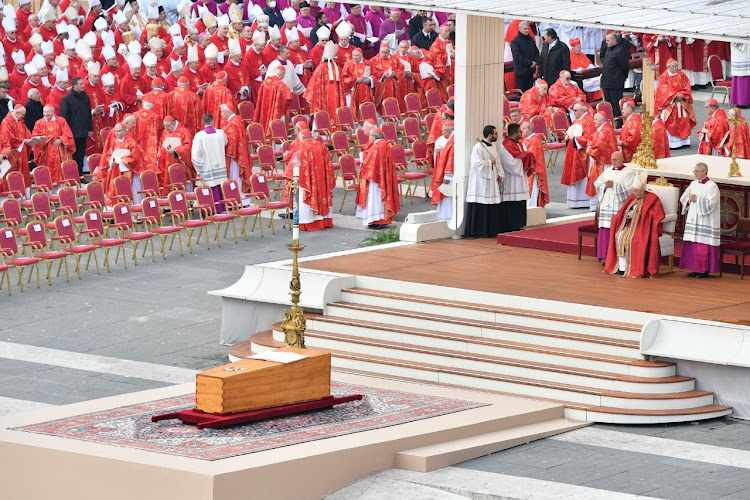 Pope Benedict XVI passed away on New Year's Eve at his residence at the Vatican’s Mater Ecclesiae Monastery.

He was 95 years old. He died almost a decade after he stood down because of ill health.

His body was displayed, from Monday, for three days in an open casket at St Peter's Basilica. 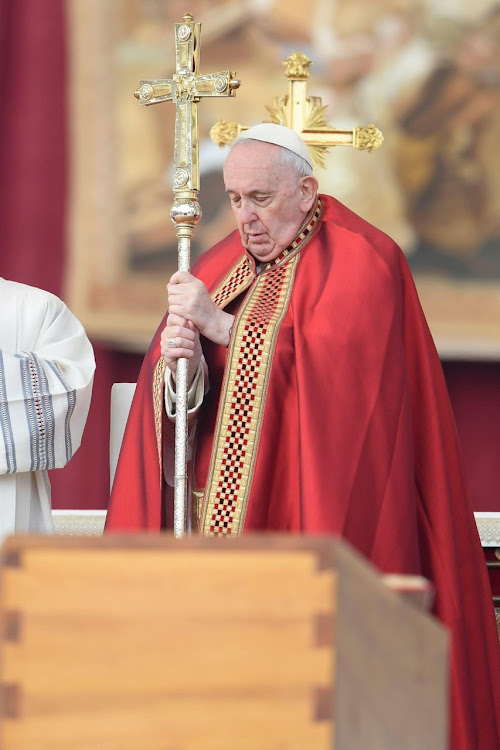 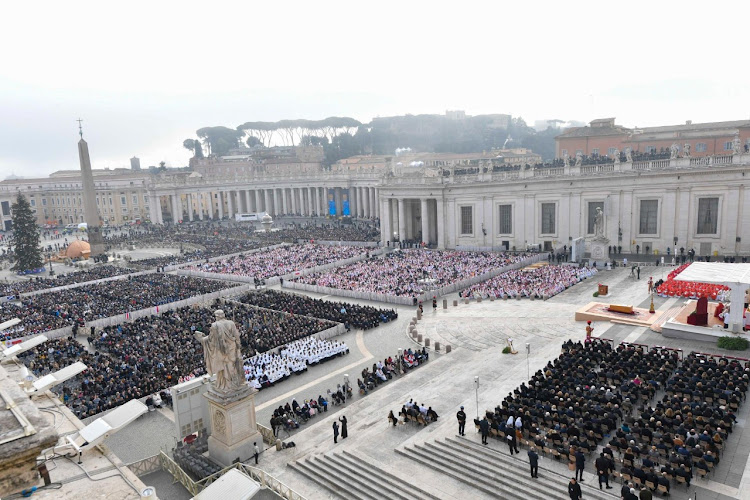 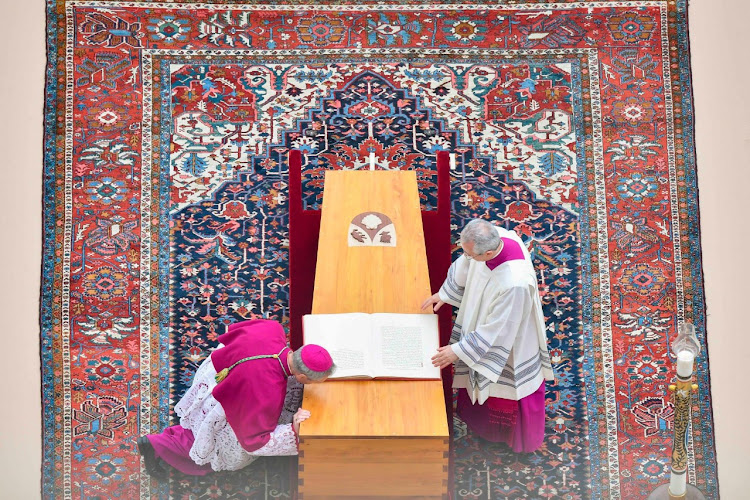 Bishops pay their last respects to deceased Pope Benedict during a requiem mass ahead of his burial at the St Peter's Basilica on Thursday, January 5, 2023.
Image: VATICAN NEWS/TWITTER 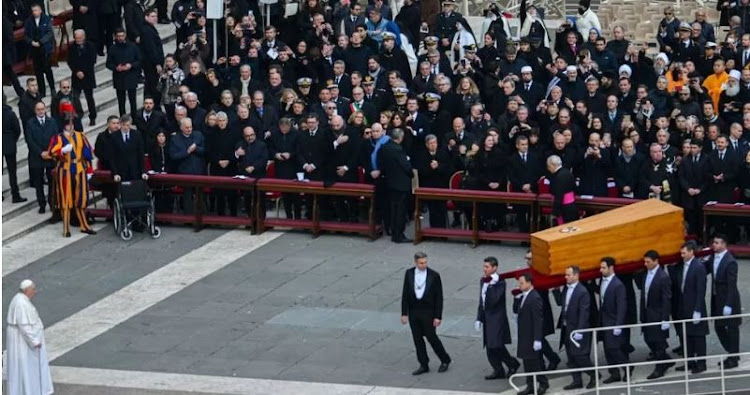 Pope Benedict XVI coffin carried before Pope Francis at the end of the funeral on Thursday, January 5.
Image: COURTESY

Pope passed away on New Year's Eve
InPictures
3 weeks ago

His body has been sealed in a coffin ahead of his funeral on Thursday.
News
3 weeks ago
Post a comment
WATCH: The latest videos from the Star
by SHARON MWENDE
InPictures
05 January 2023 - 17:02
Read The E-Paper