•A canter carrying potatoes and cereals broke breaks as it hurtled down from the Egesa area hitting the bus and sending it into the river.

At least 4 people are receiving emergency treatment at Kisii Teaching and Referral Hospital after the bus they were riding in plunged into river Nyambera in central Kisii town.

The patients, all male, suffered injuries to the abdomen, thighs and hands.

A canter carrying potatoes and cereals lost control as it hurtled down from the Egesa area hitting the bus and sending it into the river.

The bus was carrying 21 passengers while the canter had two. 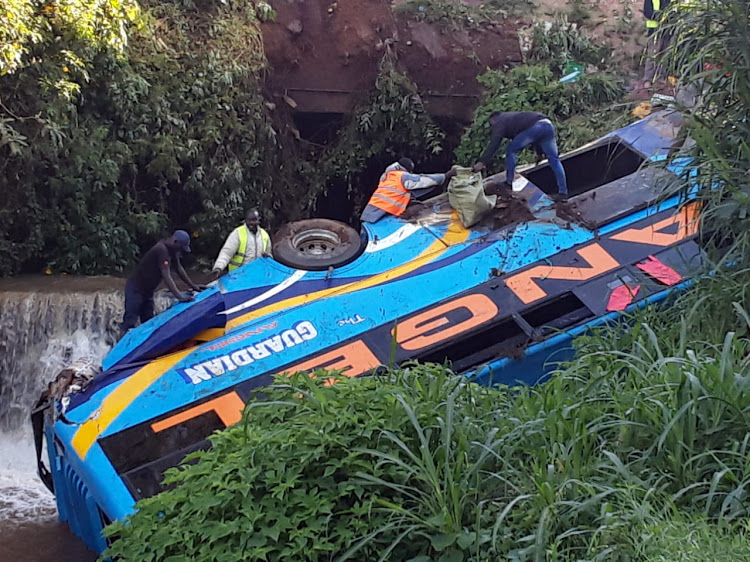 The doctor said no patient related to the accident died rubbishing an initial rumour that had begun to circulate that one person had succumbed.

Post a comment
WATCH: The latest videos from the Star
by MAGATI OBEBO
InPictures
26 November 2022 - 12:38
Read The E-Paper