The bare-chested man was dragged away from the building

• This is not the first time Kamau is pulling such acts as on August 8, he was arrested at the Bomas of Kenya. 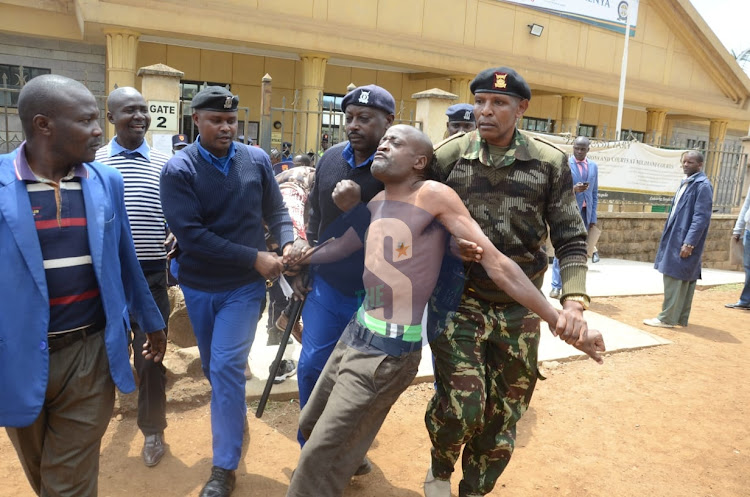 Activist Julius Kamau was on Tuesday morning ejected from Milimani Law Courts where he was protesting before the start of the pretrial conference.

He had removed his shirt and sweater while claiming he was seeking justice.

The bare-chested man was dragged away from the building by security officers.

This is not the first time Kamau is pulling such acts. On August 8, he was arrested at the Bomas of Kenya where the Independent Electoral and Boundaries Commission (IEBC) had staged its National Tallying Center.

Kamau was taken away from the premises after protesting against the looming elections.

"Yes I have a dream today," he said, adding that he was on a hunger strike, to make perfect his protests. 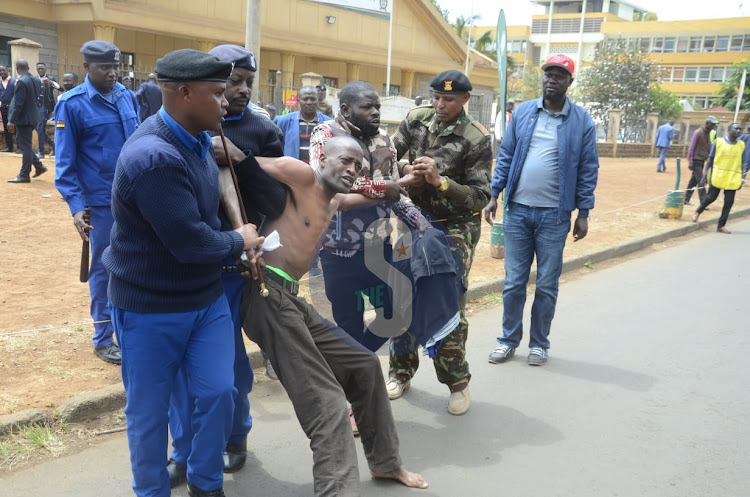 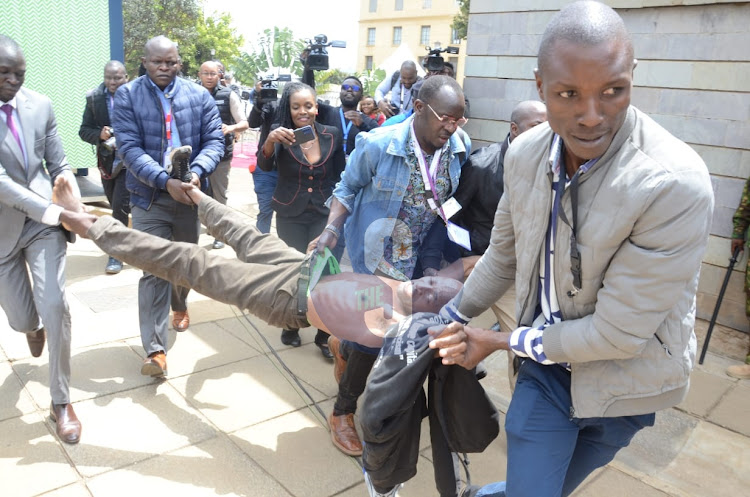 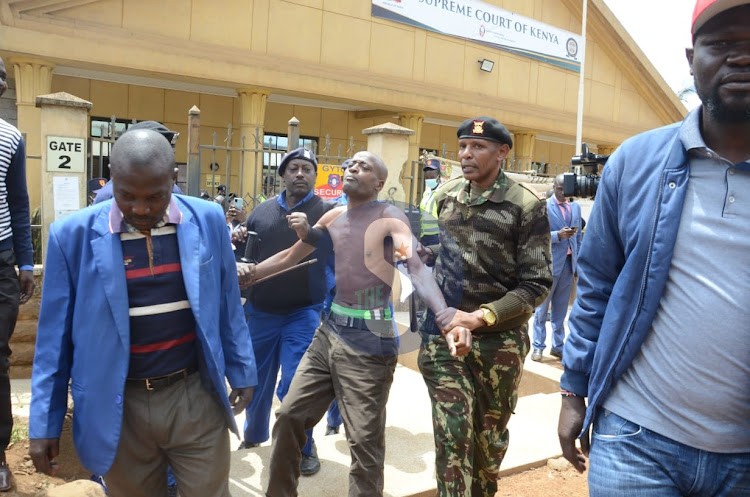 The Apex court also consolidated seven petitions into one.
News
3 weeks ago

The jurists are expected to attend all Supreme Court hearings.
News
1 month ago