•Bloated workforce and delays by the Exchequer on disbursement of funds are among the challenges Kananu said Nairobi faces.

•Responding to Minority Leader Michael Ogada, Kananu explained that most challenges facing the CECs and staff at the county were as a result of intimidation by the former county boss.

Anne Kananu has been sworn-in as Nairobi's deputy governor. https://bit.ly/39Dg1G3

Anne Kananu has been sworn-in as Nairobi's deputy governor.

Furniture, flags and tables were moved from across the Nairobi county assembly to KICC on Friday afternoon following her approval by the Appointments committee in the morning.

The committee, while approving Kananu, said she was cleared by KRA, EACC, had a degree and fulfilled other requirements for the job. 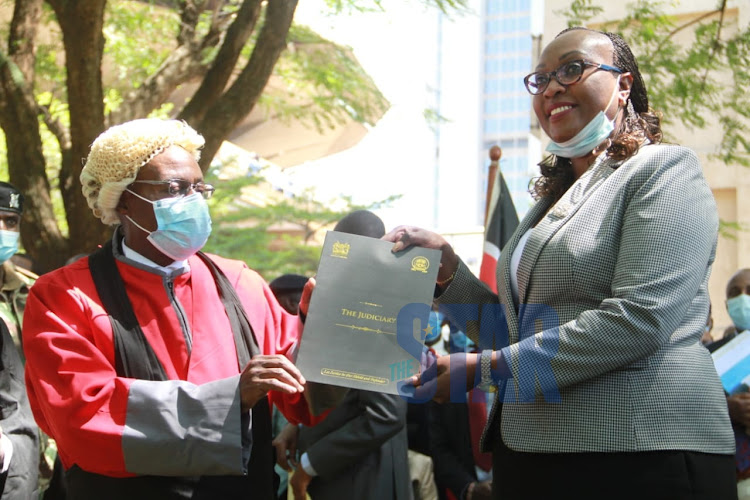 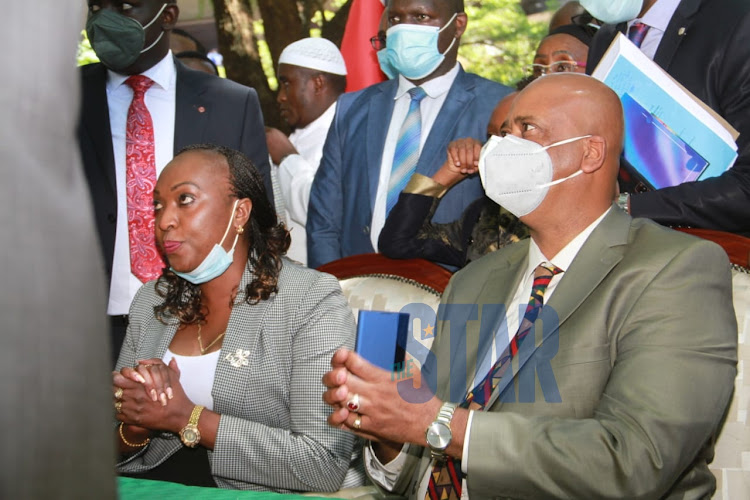 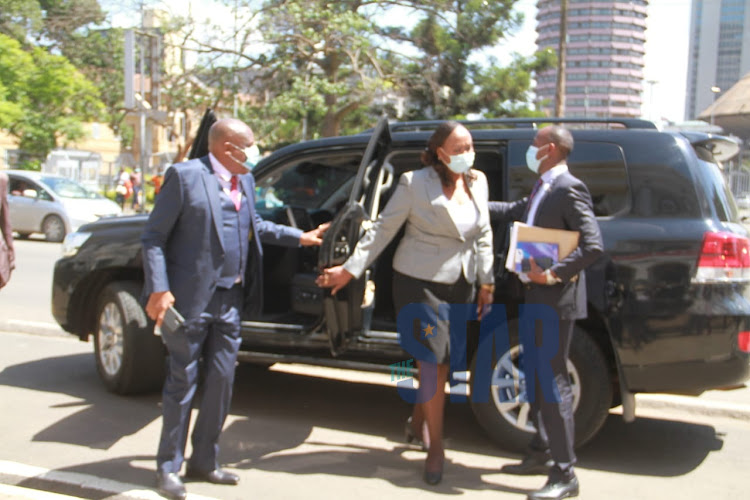 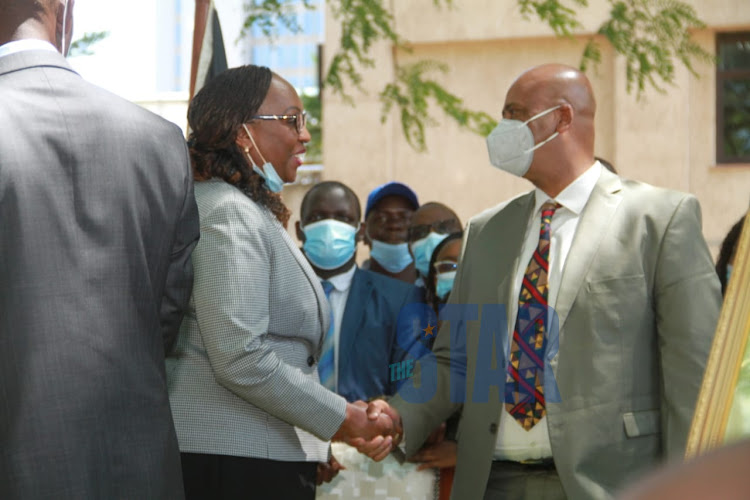 During her vetting, Kananu pledged to have a seamless working relationship with Nairobi Metropolitan Service to enable services to be delivered to residents.

This is in contrast to impeached Governor Mike Sonko, whose acrimonious relationship with the NMS, among other foibles, led to his removal.

Kananu said she is ready  to work with the Nairobi Metropolitan Service until their tenure ends.

"We need to support NMS for seamless flow of services for Nairobi residents. The outcry has been due to prior poor leadership and governance," she said. 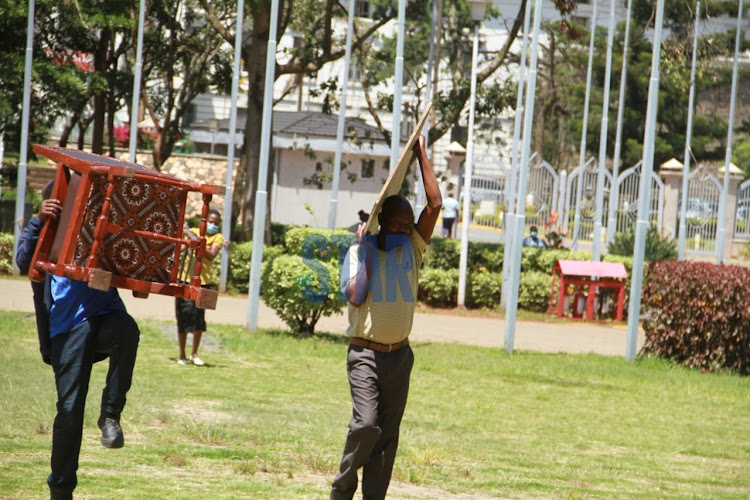 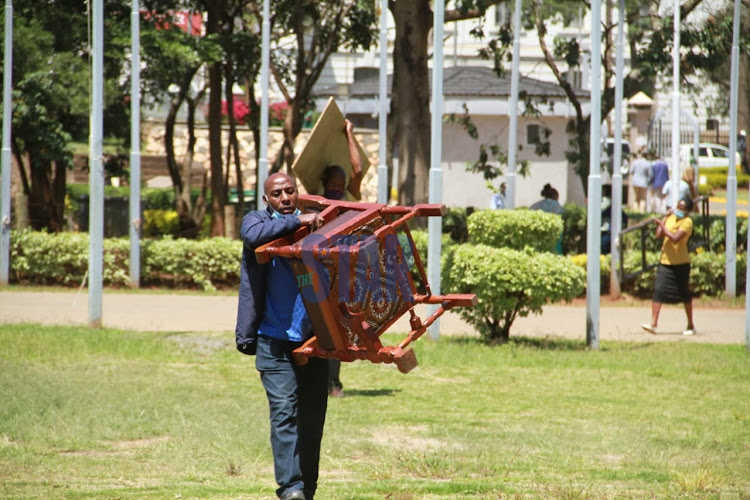 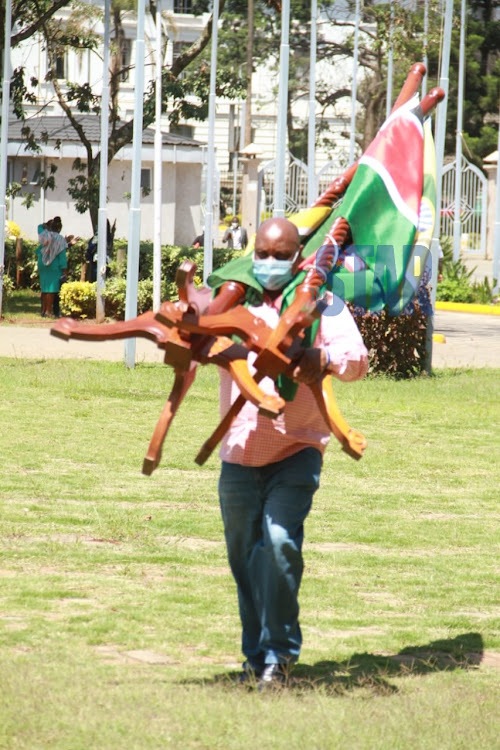 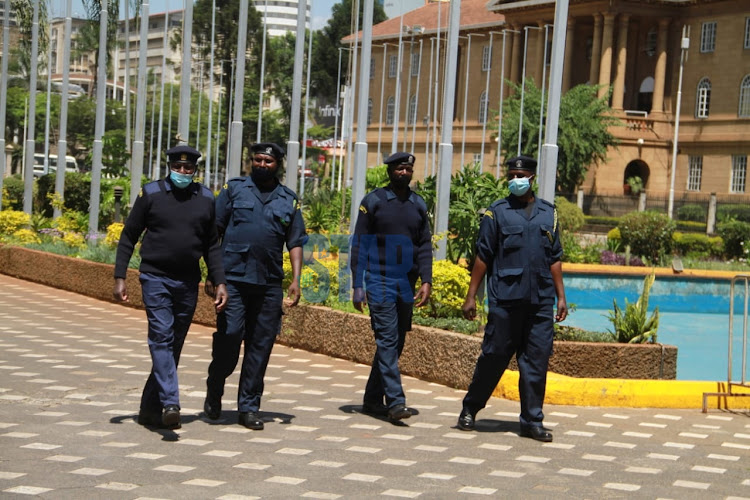 The chief officer for  disaster  also said she supported BBI, which proposes that Nairobi should be left as a county for the people to feel the fruits of devolution.

The vetting exercise was conducted by the Appointments committee led by Majority Leader Abdi Guyo.

A bloated workforce and delays by the Exchequer on disbursement of funds are among the challenges Kananu said Nairobi faces.

Responding to Minority Leader Michael Ogada, Kananu explained that most challenges facing the CECs and staff at the county were as a result of intimidation by the former county boss.

Kananu said if she gets in the DG position, she will not intimidate staff as the county will work in full transparency.

"All accounting officers should never fall victim to intimidation into approving things outside the law. They should stick to the rule of law since it is their signatures appended in the documents and not the Governor's," Kananu explained.

She added that her working relationship with her colleagues has been smooth and she will treat everyone equally without favour.

City Residents  should expect efficient service delivery if the MCAs approve her as the Deputy Governor, Kananu said.

Kananu said she believes in team work and would do follow the law to the letter to bring order at City Hall.

"As the chief officer for disaster management, I am  the only one privileged to have visited in all the 804 villages in Nairobi, therefore I know the needs and the plans needed to bring better services to the people," she told the committee.

Kananu highlighted that public participation would be involved in every decision made by the county that requires the people's voice.

The county assembly will have a special  sitting at 11am where the committee 's report is scheduled to be adopted.

If MCAs approve the report, Kananu will be Nairobi's first woman Deputy Governor.