An advocate's view on assisted reproductive technology and the law

Denials of male infertility have led to the shaming of the affected men, infidelity and broken marriages.

•Although there are no particular rules governing assisted reproductive technology (ART) in Kenya, the Reproductive Health Bill emphasizes surrogacy more than other forms of ART.

•Such denial has led to shaming of the affected men, infidelity and broken marriages. 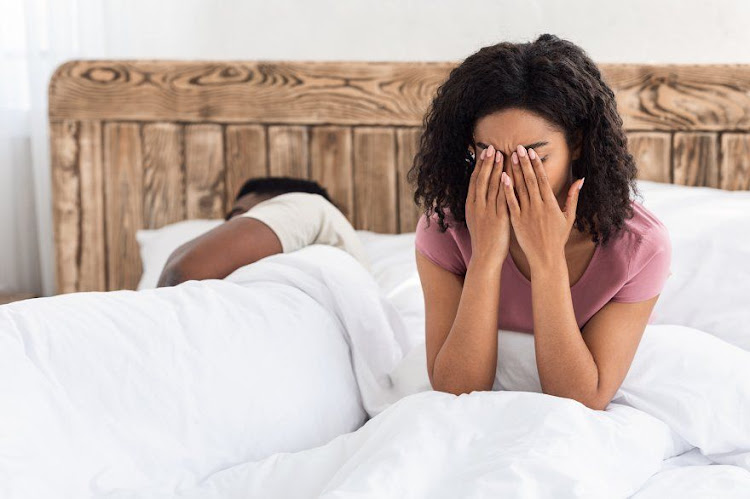 According to studies, "male factor" accounts for 40 per cent –50 per cent of cases of infertility.

Scientifically, as published in the National Library of Medicine, the "male factor" accounts for 40 per cent –50 per cent of cases of infertility; nonetheless, in cultural terms, the woman bears the duty and shame for childlessness, even though this is frequently unspoken.

In quantitative research across different nations, women have been found to be more aware of assisted reproductive technology (ART) than males and to view it as a possibility for having a kid, which is a clear indication of this thinking.

A male advocate of the Kenyan High Court's opinion on the subject of ART and Kenyan law was sought in response to this hypothesis, with an emphasis on the three facts listed above in the fact box forming the second article on the ART sequel by Grace Njoroge.

GRACE NJOROGE: Infertility treatment is out of reach of many

“It's true that a child belongs to its father. A man belongs to his fatherland when things are good and life is sweet.”

This excerpt from the acclaimed Chinua Achebe in his book sets a perfect preamble for this writer’s perspective of male infertility within the social construct of an African man. I have often heard it said that a man becomes a man when he sires children, better so a son.

As my grandfather put it to me when I went to inform him that I had found a wife, “It is not just about “confusing the girl” so that she can marry you, you must also make her belly big so our family name goes on to the next generation.”

Children are an identity for the African man. When you father a child and assume the necessary responsibilities, you immediately lose your name and you assume the identity of ‘Baba so-and-so’.

Children are indicative of the level of success that a man has. Before it became politically incorrect to address human beings as property, a man would be deemed wealthy and favored by the almighty by the number of children he had.

In the African context, a man being unable to sire children was unheard of, so much so that difficulties or inability to conceive was blamed solely on the woman. However, with advancements in current technology as referred to in the first article of this sequel, it has become evident that men too can be infertile.

Even with information with regards to this being readily available in the internet age, it is still difficult nonetheless for a man to admit to having low sperm count or that his DNA and that of his partner are just incompatible.

Such denial has led to shaming of the affected men, infidelity and broken marriages. It is also the reason behind the retarded uptake of technological solutions amongst men. This is to say that rarely will a man be the one to take the initiative to solicit and retain the services of a medical expert.

The same also lacks a robust legal or societal foundation which also contributes to the public ignorance of such matters. At the onset of assisted reproductive technology, children born of IVF were mythically believed to be “lesser children” as evidenced by the degenerative term “test tube babies” who would be sickly and of high mortality. The opposite has proven true.

It follows therefore that the question is what needs to be done to create the said foundation. Rebecca Cook, Bernard Dickens and Mahmoud Fathalla who are leading experts in human rights law, medical law and bio ethics respectively in their book Reproductive Health and Human Rights: Integrating Medicine Ethics and Law seek to unravel this conundrum. They state that matters and activities relating to reproduction are regulated by moral/principle-based laws.

They believe that reproductive health care is a human right; however, the same faces a two-pronged challenge. In the first instance, lack of sufficient and effective civic education to the society creates uninformed biases and stereotypes that negatively impact the chances of enactment and enforcement of laws and policies in relation to reproductive health rights. In the second instance, scarce infrastructure and access which is limited by cost and location.

The International Federation of Gynecology and Obstetrics (FIGO) Committee for Sexual and Reproductive Rights in emphasising the need for medical practitioners to develop competencies in core human rights has proposed that states endeavour to put in place mechanisms to ensure access to information in terms of preconception counselling while discussing indications for referral for fertility problems.

The International Conference on Population and Development (ICPD) has in cognisance of this issued a call to action for the fulfillment of fertility desires as a facet of a fundamental human right to the highest standards of reproductive health.

Closer to home, Kenya started taking strides in setting up a legal and policy framework with regards to reproductive health by enacting a National Reproductive Health Policy (2022-2032). Of relevance to this article is that one of the key action points of the same is reducing the magnitude of infertility and increased access to management of infertile couples.

Statistically, as per a 2015 report by the Kenya National Bureau of Statistics only 2 % of the population suffers from primary infertility, which figures are not indicative of the percentage of men who are afflicted. It is likely that the statistics are not accurate, considering the personal, stigmatic and emotive nature of the subject.

The policy is a good step by the government and it is indicative of better things to come. The policy also seeks to achieve improved access to affordable reproductive health services with the overall goal of reducing the burden of preventable morbidity and mortality arising from reproductive health.

One can only hope that the sensitisation and implementation will not only encapsulate the men but that it will be well received by the target population.

These are the stories making the headlines in the Star.
News
1 month ago

She says that early screening will help to tackle cancer and fibroid cases among women.
WomenWork
1 month ago

Where infertility is a thorn in the flesh

Rear-end ritual during burial is used to ‘rebuke barrenness’ from a family
Sasa
2 months ago
Post a comment
WATCH: The latest videos from the Star
by GRACE NJOROGE
Health
19 January 2023 - 17:05
Read The E-Paper