•The report shows more women are now delivering in health facilities than at any other time since independence.

•Last week, the Fund was forced to dismiss reports that the government-funded Linda Mama programme has been discontinued. 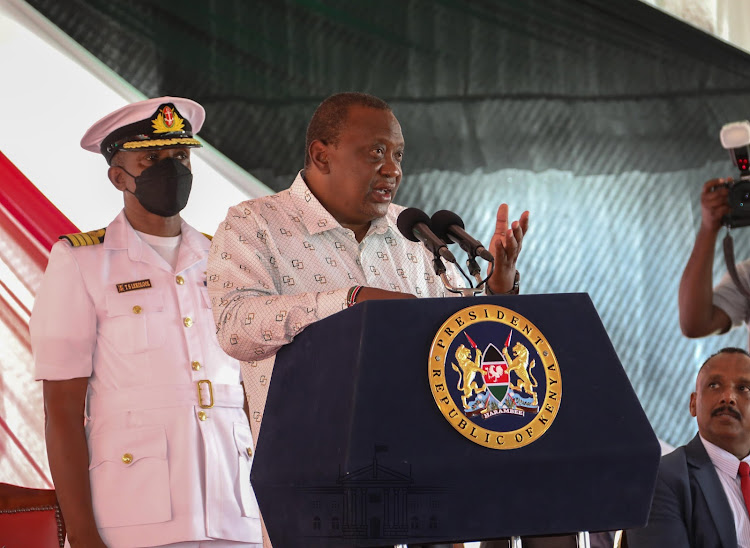 Linda Mama, the free maternity project launched by former President Uhuru in 2016, has been a roaring success, the health survey released on Tuesday indicates.

The report shows more women are now delivering in health facilities than at any other time since Independence.

This has in turn reduced the deaths of both mothers and newborns and remarkably improved the health of children.

The Kenya Demographic and Health Survey 2022 indicates the percentage of live births that are assisted by a skilled provider increased from 41 per cent in 2003 to 89 per cent in 2022.

In contrast, the 2014 KDHS indicated that in the six Northeastern counties (Tana River, Wajir, Marsabit, Turkana, West Pokot, and Samburu) less than 29 per cent of live births in the past five years preceding 2014 were attended by a skilled provider or were delivered in a health facility.

The 2022 report shows a remarkable jump.

“At the county level, the proportion of live births delivered by a skilled provider is lowest in Turkana (53 per cent), Mandera (55 per cent), Wajir (57 per cent), Samburu (57 per cent), and Tana River (59 per cent),” Macdonald Obudho, head of the Kenya National Bureau of Statistics, which produces the reports, said.

Health acting director general Patrick Amoth said at 89 per cent, the overall deliveries in health facilities had surpassed the Kenya Health Policy goal of 80 per cent skilled birth attendance by 2030.

“However, we must now turn our efforts to the quality of services provided in our health facilities to ensure that no woman or child dies due to preventable and/ or treatable causes,” he said.

Amoth spoke in Nairobi on Tuesday at the launch of the key indicators of the 2022 KDHS report. A detailed report is expected to be launched within three months.

Linda Mama cover is a publicly funded healthcare scheme launched by NHIF in 2016.

The Ministry of Health would then reimburse health facilities for the lost revenue.

However, this arrangement was plagued with inefficiencies and fraud because the ministry did not have a register of beneficiaries to verify provider claims.

The programme was transferred to the NHIF in 2016 and renamed Linda Mama programme.

Currently, any pregnant woman in Kenya can register with NHIF to access a defined set of maternal and newborn health services free of charge from a public or private provider contracted by NHIF.

The facility has to fill out a claim form for the services that they have offered, and send it to NHIF for the fund to reimburse the facilities.

“These results are key in evaluating not just the impact of key projects that have been implemented in recent years such as the Linda Mama Programme, scale up of NHIF coverage, and universal health coverage, but we will also be able to take stock of the gains of devolution of health to the county level,” she said.

Last week, the Fund was forced to dismiss reports that the government-funded Linda Mama programme had been discontinued.

This is after rumours that the programme was among those that the Kenya Kwanza government had done away with.

The fund assured that it is still active and continues to take care of the welfare of mothers as intended.

“NHIF wishes to assure the public that the cover is still active as mothers continue to benefit massively. The fund therefore urges the public to ignore the false message shared online,” NHIF said.

NHIF said more than six million mothers have benefitted from the cover since its inception in 2017.

NHIF said that so far over six million mothers have benefitted from the cover.
News
1 month ago
Post a comment
WATCH: The latest videos from the Star
by JOHN MUCHANGI Science Editor
Health
18 January 2023 - 22:00
Read The E-Paper