• “He complained of faecal incontinence for a few days, which resolved in a week. He was reviewed at our clinic three‐months post‐operative,” the doctors reported. 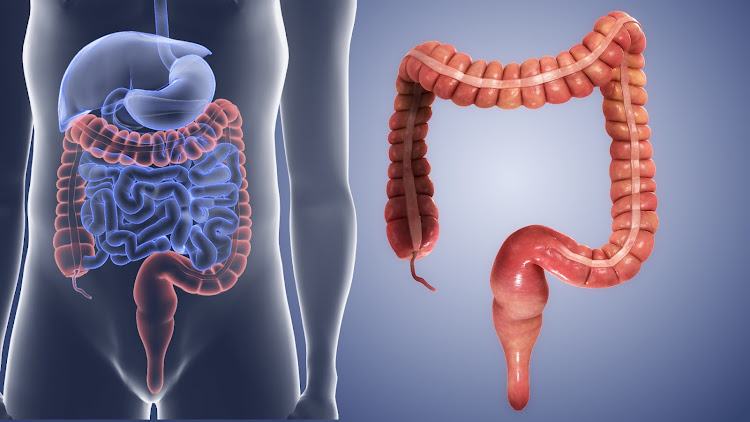 RARE SURGERY: The large intestine, which was removed, consists of four regions, the caecum, colon, rectum and anus. The large intestine's primary role is to absorb water from the stool, and people can live without it.
Image: SCIENTIFICEXAMINATIONS.COM

Surgeons were forced to remove the entire large intestine of a school boy who developed small tumours that spread all over his colon.

They also removed the rectum, as there was no other way to successfully treat this rare condition, which affects one in 100,000 children.

The 13-year-old boy was operated on late last year at the PCEA Chogoria Mission Hospital, a Level 5 facility in Meru.

He has already returned to school in Standard 8 and will sit the KCPE this year.

This delicate surgery successfully performed in a county facility represents the growing surgical capacity in Kenya, where such services were previously available only at the national referral hospitals.

Medics who treated the boy reported the case last week in the Clinical Case Reports journal.

“A 13‐year‐old boy who presented to our facility with a history of painless hematochezia (passage of fresh blood from anus) for three years. He developed pallour (pale colour) and generalised body weakness over time,” they said.

There were also some non-cancerous polyps (small growths) in the throat.

“Colonoscopy illustrated multiple pedunculated polyps (mushroom-like tissue growths attached to the surface of the colon by a thin stalk) throughout the colon,” the doctors reported.

They diagnosed this as Juvenile polyposis syndrome (JPS), a hereditary disease characterised by multiple polyps throughout the throat, stomach, intestines and rectum.

“JPS is rare, with an approximated incidence of one in 100,000 individuals. Patients with JPS are at increased risk for developing colorectal and gastric cancer,” they reported.

The medics said the removal of the large intestines was the only way to save the boy’s life.

People can survive without the large intestine, whose primary role is the absorption of water and electrolytes to concentrate the stool.

However, such people need medication, otherwise, they would pass watery stool quite often.

After removing the large intestines and the rectum, the surgeons created an internal J-shaped pouch from the end of the small intestine to the anus, allowing the boy to eliminate waste normally.

This procedure avoids the need for a permanent opening in the abdomen (stoma) for passing stool.

An image of the removed intestine, which had been cut open, shows 109 polyps.

The boy was discharged on day three after the operation and was able to eat small meals and retain waste in the small intestine.

“He complained of faecal incontinence for a few days, which resolved in one week. The patient was reviewed at our surgical clinic at three‐months post‐operation,” the doctors reported.

“He had gained weight and did not have any complaints other than opening of bowels four to six times a day.”

Follow‐up endoscopies at three months revealed one polyp near the rectal opening and five gastric polyps, the medics reported.

“The patient together with his guardian preferred the gastric polyps and the anorectal stump polyp to be resected after completion of his primary school education. He is currently in his final year.”

They said these remaining polyps should be removed to reduce the risk of malignancy.

The family has spent more than Sh1 million on medical expenses over nine years.
News
3 years ago

Colorectal cancer is among the top 10 cancers in Kenya. This type of cancer can either start at the colon or the rectum, otherwise called the large ...
Sasa
3 years ago

Born at Mama Lucy hospital in Nairobi’s Eastlands, Carson was referred To KNH when he was just two weeks old
News
10 months ago

The defect limits blood flow out of the heart and into the rest of the body.
News
10 months ago

He fell in a construction site while walking home from school and was found six hours later
News
11 months ago
Post a comment
WATCH: The latest videos from the Star
by JOHN MUCHANGI Science Editor
Health
10 January 2023 - 22:00
Read The E-Paper