My story of sight loss. Now I can see again

With time, you will feel like you are looking through a frosty or fogged-up window.

•Sharon was a victim of bullying and her social life suffered. Now she worries that her three children – who also experience vision loss – will experience the same fate.

•the prevalence of blindness in Kenya is estimated as 0.7 per cent, with cataract contributing 43 per cent 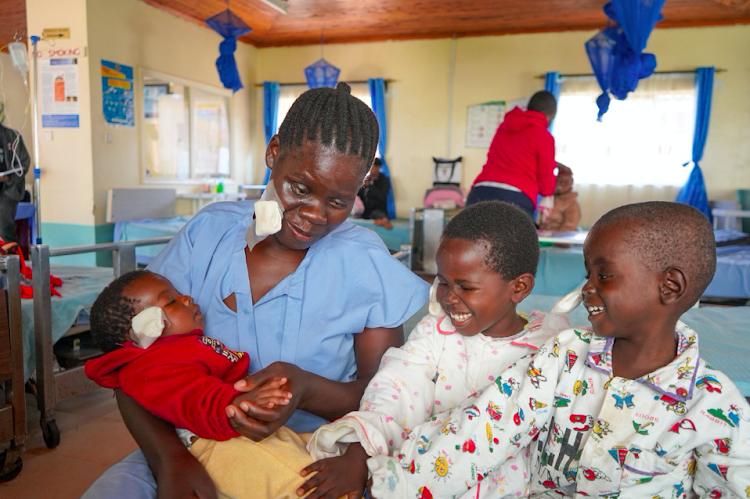 Sharon was a victim of bullying and her social life suffered. Now she worries that her three children – who also experience vision loss – will experience the same fate.
Image: MARK MAINA

If you are in the early stages of a cataract, you may be more sensitive to glare around lights at night, or if the sun is low. As the problem progresses further, you may then begin to notice your vision becoming cloudy or blurry.

With time, you will feel like you are looking through a frosty or fogged-up window.

With time you cannot read, or even see.

This was the case for Sharon Akinyi, from Banana village in Siaya County.

Since birth, Sharon, 25, has suffered from eye problems and developed cataracts in both eyes.

“No-one in my family had a history of eye problems except me. I studied up to class seven and dropped out due to my condition. I could not read the writing on the black board and could not see far objects,” she said.

Sharon was a victim of bullying and her social life suffered. Now she worries that her three children – who also experience vision loss – will experience the same fate.

“I can’t take them to school because they can’t read the blackboard clearly,” she said.

Two years earlier, Sharon’s aunt urged her to seek medical help but the family could not afford the cost of treating her vision loss.

“She even took me for prayers, but the situation did not change.”

Sharon is a casual labourer, washing people’s clothing and tilling the land while her husband Joseph works as a caretaker of some nearby rental properties. Their combined earnings are barely enough to sustain the family, let alone pay for medical care.

Thanks to the support of The Fred Hollows Foundation and the Australian NGO Cooperation Program (ANCP), eye surgery was organised for Sharon and her children.

“I have always wanted to see my children in a school uniform. I cannot wait to see the go to school. May God bless you and all the Australian people,” she said. 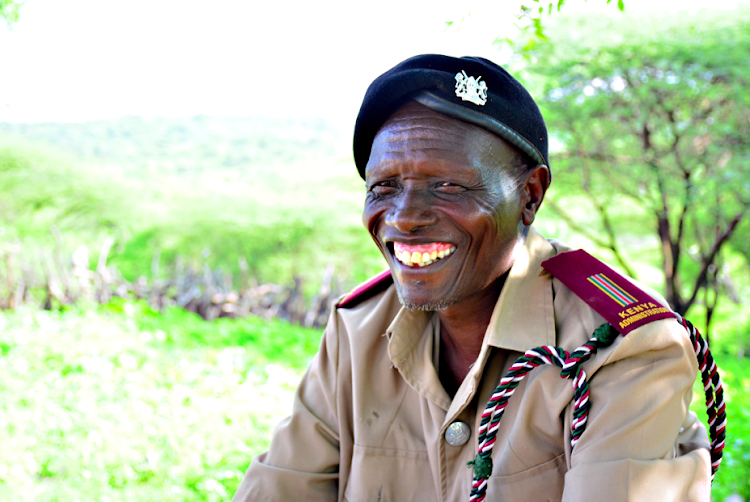 For the last five years, Matich believed he was perfectly fine, despite occasional episodes of light sensitivity.
Image: MARK MAINA

For John Matich, the assistant chief of Oleo Soy in Baring County for the past 26 years, the problem was trachoma. The 60-year-old will retire in July next year.

John mobilises community members, ensuring they access eye health facilities and has even  made donations for the very needy. But he has his own battle – an eye problem which he believes is minor and doesn’t require medical attention.

“My eyelashes sometimes do turn and prick my eyes but after removing them, I am fine. I think they are weak and it’s something associated with old age,” he said.

For the last five years, Matich believed he was perfectly fine, despite occasional episodes of light sensitivity. One day, Matich’s wife, who would reluctantly assist him to pluck the eyelashes, was listening to the radio and heard about an eye camp in Kabarnet Referral Hospital sponsored by Fred Hollows and supported by ANCP.

She managed to convince the assistant chief to attend the eye camp.

After being screened, Matich appeared surprised when he was informed that he had trachoma. As he is scheduled for surgery, John hopes that he will no longer have to pluck his eyelashes off.

After one eye patch is removed, Matich seems elated and reflects on the irony of his situation. “I have been on the forefront helping others whom I thought had serious eye problems only to realize I was also amongst them,” he said.

Taking small strides towards surgery room exit, he provides hope to other patients, assuring them they will have their sight restored. Matich now looks forward to fully focus on his family as he nears his retirement.

“I have always been on the frontline to help them (my community), now it's me being helped. Thank you so much," he said.

Sarah, 25, from Bondo in Siaya county has a close bond with her mother Jane.

Without a wheelchair of her own, Sarah relies on her mother to carry her around the town.

But for many years, Sarah has been isolated at home. Buses are not accessible for people with a disability and Sarah also faces discrimination because of her physical disability.

“Most people, forget that we are all the same, when you stop a matatu (public vehicle) they often overcharge her since she occupies a bigger space and at times they rarely stop,” Jane said.

But recently Jane had another challenge to overcome.

“I realized a white thing developing in Sarah’s eyes and growing to be something else and I didn’t know what it was.

Jane carried Sarah into the clinic and the doctor advised her to visit Sabatia Eye Hospital. But once there the medical team diagnosed Sarah with anemia and transferred her to another hospital for a blood transfusion before she could be considered eligible for cataract surgery.

“I take her to hospital regularly and she has been having physiotherapy for one and a half years.

“She liked watching TV, listening to music, and playing with others but now with these conditions, it is a problem because she can’t talk, hear, move, or see things clearly.

“When she wants something, she only makes sounds. At home she is taken care of by her siblings. When the siblings are not around, I engage someone else to look after her.

“I will be very happy and praise God when my daughter regains sight,” she said.

According to the Ministry of Health, there is no timely and accurate data on eye conditions in Kenya due to challenges witin the health information system. This is because the indicators in eye health are not integrated into the community based tools, and not coded, making it difficult to enter them ont the Kenya Health Information System.

“We need a National eye diseases/conditions and systems survey to get a near accurate situation of the burden of eye diseases,” the ministry says in the National Eye Health Strategy Plan 2020-2025.

Still, the plan says more than 80 per cent blindness in Kenya is due to curable and preventable causes.

“With increasing burden of NCDs diabetes is now an emerging cause of blindness,” the plan says.