Why tobacco consumption is a major threat to global population

Countries that invest in their people, time and again, lead the road to the desired prosperity.

•Everyone, especially young people, will blindly maintain that tobacco has nothing to do with the demographic resilience of a population, but to shatter someone's bubble, it does!

•According to the World Health Organization Tobacco kills more than 8 million people each year. 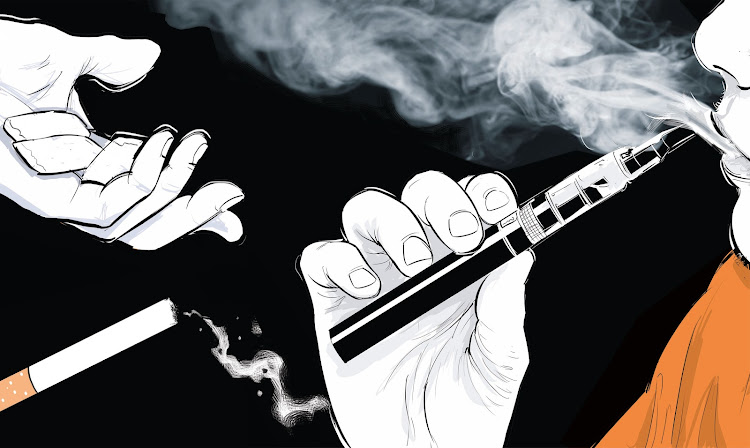 According to the World Health Organization the use of tobacco product kills more than 8 million people each year.

The world population, currently estimated at 8 billion people, is projected to reach 9.7 billion in 2050 and nearly 11 billion around 2100.

Africa has the highest rate of population growth in the world.

The population of sub-Saharan Africa is projected to double by 2050, driven by countries such as Kenya, which has a population of 47.5 million people today, most of them youths.

As our population continues to grow at a rapid pace, there is more justification and desire to be able to predict demographic shifts, understand their implications, and develop evidence-based policy responses toward a resilient future for the 8 billion people, as well as harnessing opportunities and ensuring rights and choices for all.

The Ministry of Health has been working to pass and implement legislation that reduces the prevalence of smoking since Kenya ratified the Framework Convention on Tobacco Control (FCTC) in 2004. There is an ongoing need for strong tobacco control legislation in Kenya due to the country's expanding young population who are more susceptible to tobacco usage.

Everyone, especially young people, will blindly maintain that tobacco has nothing to do with the demographic resilience of a population, but to shatter someone's bubble, it does!

According to the World Health Organization Tobacco kills more than 8 million people each year. More than seven million of those deaths are the result of direct tobacco use while around 1.2 million are the result of non-smokers being exposed to second-hand smoke.

Every year, in Kenya according to the Kenya Demographic health survey 2014 states that more than 6,000 people die of tobacco-related diseases, 79 being men and 37 women who die per week.

It has been forecasted that these numbers will rise without concerted efforts to strengthen the implementation of tobacco control measures set by the country.

As the majority worldwide and across the country young people are becoming easy targets for tobacco products and industry tactics. We see new products in the market disguised as stylish to lure adolescents and young people into using them.

With the exception of directly causing health implications, tobacco has been demonstrated to have a divergence with food insecurity, Recent research has revealed that smoking and food insecurity operate as risk factors for one another, but there is limited understanding of their intersection.

Kenya is a major producer of both raw tobacco and manufactured tobacco products, in addition to being a tobacco-growing country, it also acts as a regional centre for tobacco product manufacture, with 17.4 billion cigarettes produced in Kenya in 2016 only.

Tobacco farmers in poor and middle-income nations, according to the tobacco industry, benefit economically by growing tobacco. However, data suggests that this is not the case for Kenyan smallholder farmers. In reality, "a large fraction are operating at a net financial loss," while also risking health harm from green tobacco disease and environmental deterioration. Regardless of what BAT declares concerning their goal to improve tobacco farmers' lives and health, the facts show otherwise.

The International Institute for Legislative Affairs and the American Cancer Society conclude in their research report that "Tobacco farming is likely hindering, not helping, economic development in the tobacco growing regions of Kenya," and they recommend that the Kenyan government "aggressively seek viable alternative livelihoods."

Well trying to break this down further, studies have examined the phenomenon of smoking-induced deprivation that is, smokers reporting their expenditure towards purchasing cigarettes that should have been spent on household essentials such as food. Further, in looking at farmers and farmlands in Kenya, we see harmful hazards that limit food growth and the health of farmers with that of their families.

The government together with WHO recently launched a program toward “tobacco free farms”, however, more needs to be done to realize eco-friendlier farming practices.

Given tobacco is a risk to health, monitoring the distribution and intensity of tobacco use is critical to identifying priority areas for action and evaluating progress. It is true that countries that invest in their people, time and again, lead the road to the desired prosperity.

We celebrated World Population Day in July, whereby the global population reached 8 billion people. Now, we need to ask ourselves, how our countries can navigate the risks of tobacco as a threat to the health of the population.

And with this we can achieve demographic resilience.

This might seem like a simple task, but it will call for commitment beyond numbers as well as leveraging opportunities for progress and barriers that stand in their way, and this is what a resilient world is about.

The writer is a public health digital advocate with the Kenya Tobacco Control Alliance (KETCA).