The imported organic strawberries were bought between March 5 and 9 and are no longer available for purchase.

•The imported organic strawberries were bought between March 5 and 9 and are no longer available for purchase. 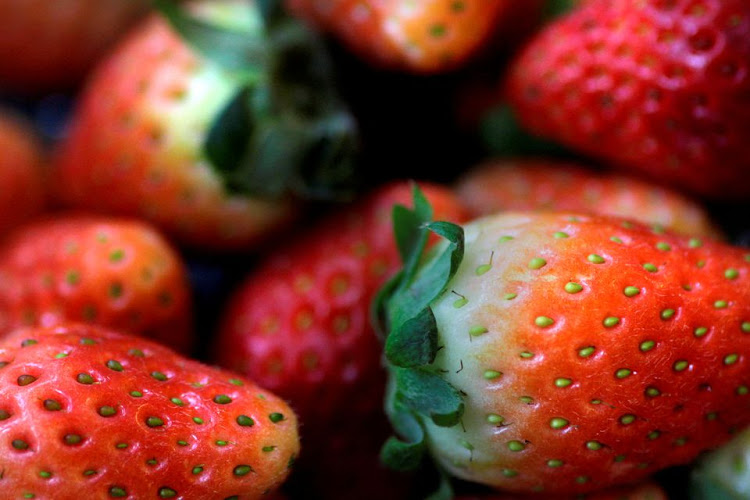 Strawberries are seen in this illustration photo January 29, 2018.
Image: REUTERS

Fifteen illnesses were reported in California, and one each in Minnesota and North Dakota, the U.S. Food and Drug Administration said. Twelve of the sick people were hospitalized, the FDA said without elaborating.

The produce, which was distributed nationwide, was sold under the brand name FreshKampo or HEB between March 5 and April 25, the FDA said in a statement late Saturday.

"People who purchased the fresh strawberries and then froze those strawberries for later consumption should not eat them. They should be thrown away," it said.

The Public Health Agency of Canada and the Canadian Food Inspection Agency said they were investigating cases in the Canadian provinces of Alberta and Saskatchewan.

The imported organic strawberries were bought between March 5 and 9 and are no longer available for purchase in Canada, they said.

"Based on investigation findings to date, consumption of imported fresh organic strawberries is the likely source of the outbreak," the agencies said in a statement.

Public health facilities which receive high ratings will receive cash, for the facility and the staff
News
4 weeks ago

Resistant starch in the unripe banana is great for controlling blood sugar and gut health.
Sasa
4 weeks ago

New WHO panel to speed up pandemic response, address shortcomings

The U.N. health agency faced criticism for its handling of the COVID-19 pandemic.
Health
4 weeks ago

Five hacks for putting together the perfect healthy picnic

Think ahead to what you need in your picnic hamper to ensure you don't fall back.
Sasa
4 weeks ago

The superfood that saves lives

If the baby could not get enough milk it was often a shortcut to the grave for the infant.
Sasa
4 weeks ago

Crepes are paper-thin cakes that are almost similar to pancakes.
Sasa
4 weeks ago

Eat, drink and be healthy, to some is this a cliché?

Does nutrition only comes in handy when we are sick?
Sasa
1 month ago
“WATCH: The latest videos from the Star”
by REUTERS Reuters
Health
31 May 2022 - 11:58