•In Asia, South Korea started giving out fourth doses of COVID-19 vaccines in February and Singapore has said a second booster dose is planned for those aged 80 and older. 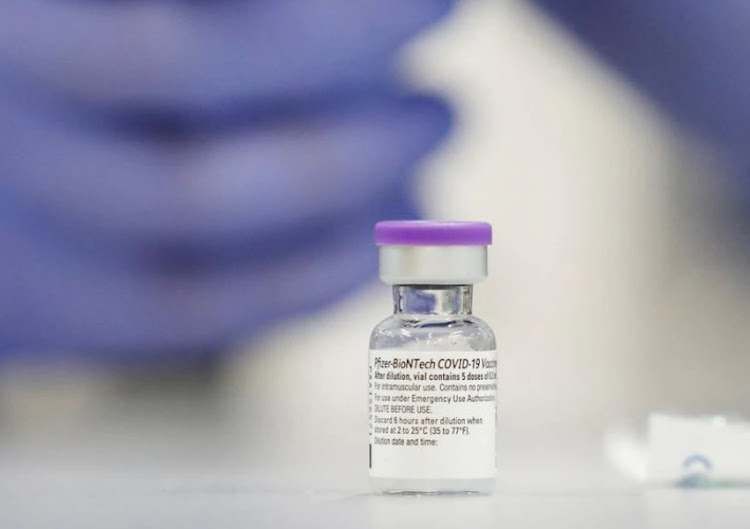 A vial of the Pfizer vaccine against the coronavirus disease (COVID-19) is seen as medical staff are vaccinated at Sheba Medical Center in Ramat Gan, Israel December 19, 2020
Image: REUTERS

A fourth dose of the Pfizer/BioNTech vaccine lowered rates of COVID-19 among the elderly but the protection against infection appeared short-lived, a large study in Israel has found.

The second booster's protection against infection dwindled after four weeks, Israeli researchers showed in their study published on Tuesday in the New England Journal of Medicine.

Protection against severe illness did not wane during the six weeks after the dose but more follow-up study was needed to evaluate its longer-term protection, the researchers said.

The study on 1.3 million people aged 60 and older looked at data from the Israeli Ministry of Health database between Jan. 10 and March 2, when the Omicron variant was predominant.

It comes ahead of a meeting by the U.S. Food and Drug Administration on Wednesday to discuss the need for additional boosters, a week after the United States authorised a second booster shot for people aged 50 and older amid a spread of the Omicron sub-variant BA.2.

European health ministers have also urged the bloc's governments to back a fourth dose for people over 60.

In Asia, South Korea started giving out fourth doses of COVID-19 vaccines in February and Singapore has said a second booster dose is planned for those aged 80 and older.

Another study from Israel showed last month that seniors who received a second booster of the Pfizer Inc (PFE.N)/BioNTech SE (22UAy.DE) COVID-19 vaccine had a 78% lower mortality rate than those who got just one.

It continually monitors the levels, and a pump automatically adjusts the amount of insulin required.
News
5 months ago

It asked countries that have received the vaccine to take appropriate actions.
News
5 months ago
Post a comment
WATCH: The latest videos from the Star
by REUTERS Reuters
Health
06 April 2022 - 08:26
Read The E-Paper