BE KEEN ON TRIGGERS

How to give first aid to asthmatics

Dr Jeremiah Chakaya says the first step is staying away from triggers.

• Dr Chakaya explained that most of the attacks come at an unplanned time.

• They can be triggered by environmental factors, especially when one is not aware of what is happening, or the triggers. 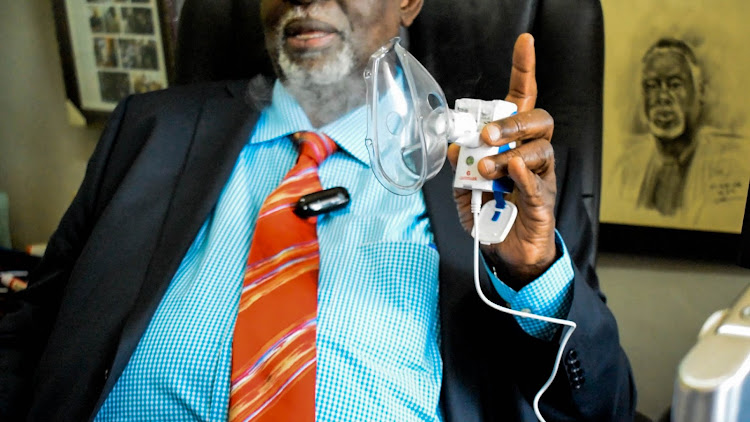 For 23-year-old Kingston Omondi, life has not been easy as he has been struggling with asthma for years.

Omondi, now a student at Kenyatta University, said he discovered he had asthma when he was 12.

"When I joined secondary school, I was placed in Kijabe High, where the weather can get very chilly. That was the onset of my attacks,” he told the Star on Friday.

“It all started during one morning prep, I felt my chest tightening, followed by a sharp pain as if my heart wanted to pop out. I was gasping for air as if in a tight box.

"It felt like there was no oxygen and everything was in slow motion. The nurse had to be called as I wheezed a lot, my classmates just stared at me, not knowing what to do.”

He said the condition prevented him from joining the football team in high school. Omondi said he cannot indulge in strenuous activities and is allergic to dust.

He said he has to carry his inhaler everywhere he goes because an attack can occur at any time.

He said the first step is staying away from triggers.

For example, if one is allergic, it is best to stay away from the sources of the allergens if they trigger your symptoms.

Dr Chakaya explained that most of these attacks come at an unplanned time. They can be triggered by environmental factors, especially when one is not aware of what is happening, or the triggers.

Asthma can be controlled by regularly using rescue inhalers and other medications as recommended by your doctor.

The medic said anyone with asthma needs to know basic first aid, and so should their partners or the people they live with.

“As soon as you notice the symptoms of an asthma attack such as chest tightness, wheezing, gasping for breath, take your rescue inhaler,” he said.

“If your symptoms are mild, take your quick-relief medication right away, and you should be able to feel better after 20 minutes.”

Dr Chakaya advised asthmatics to always be keen on the triggers surrounding them and if the condition worsens or doesn’t improve after the action plan, one should get help immediately.

“After an attack, don’t stay alone. Sit upright and take slow, steady breaths as it helps you stay calm. Asthma attacks worsen quickly, especially in children, therefore monitoring them is necessary or taking them to the nearest health facility can help prevent subsequent attacks.”

He said recovery from severe asthma attacks can take hours to several days depending on the severity of the condition, and if there is damage to the lungs, treatment may be needed.

Chakaya advised regular check-ups on their children at least twice a month, and adults at least once per year so that if one is asthmatic, treatment can commence early.