• Though rare, humans are fallible and mistakes tend to be inevitable, Dr Sukhija says 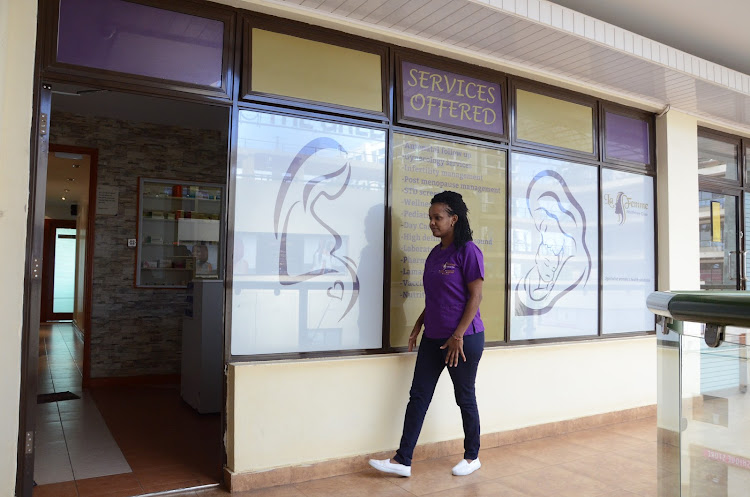 A nurse walks into a fertility centre
Image: DOUGLAS OKIDDY

Infertility patients, just like other patients, entrust their physicians with their medical conditions.

Dr Sarita Sukhija, a fertility expert at Myra IVF Clinic in Parklands, says in vitro fertilisation is a delicate process and, just like any other, it is prone to human error and system malfunctions.

In Czech Republic, for instance, two women were accidentally implanted with each other’s embryos. Investigation found that the staff at the facility failed to carry out a simple double-checking exercise. The clinic spokesman termed it a ‘human error’ and fired the staff involved in the mix-up.

There have been reports of thousands of eggs and embryos being accidentally thawed and destroyed. Dr Sukhija says such mistakes are rare in a well-functioning lab if great care is taken.

While human error is seen as a constant factor in the medicine facet, reports such as embryos being transferred to a wrong mother, malfunctioning of freezers and use of erroneous embryos in the transfer process cannot be dismissed easily.

“Usually we don’t have these kinds of problems because when in the lab, the people working there keep checking two to three times, and we show it to the patients,” the medic says.

The doctor acknowledged that in a world that is evolving so rapidly technologically, there is modern equipment that has come up to help automate such processes and mitigate the challenges of human error and system failure, but the technology is not easily accessible.

“There are systems now which can be placed but very few people have it now because they are very expensive. We might get them in the near future but right now, we don’t have,” she adds.

Most errors relating to the transfer of embryos to the wrong mother are often associated with hand labelling of specimens, which leads to mixup in the labs, while on the other hand, data is stored in insecure management systems.

In an effort to reduce the risks involved, a New York-based innovator has come up with a technology to help prevent any future tragedies.

In a report by CNN, the cofounder, Joshua Abram, said the mission is to automate IVF storage and management practices to keep the "eggs and embryos used in IVF absolutely safe and protecting life's most precious cells".

Abram said despite the IVF process taking over the world and saving thousands of women looking for children, the technology involved has remained way back, with the tissue storage facilities used in the management practices remaining unimproved for several decades.

The founders have created what they claim to be the world's first automated platform for the management, identification and storage of frozen eggs and embryos.

CNN reports that the system embeds radio frequency identification (RFID) chips into the vials used to store eggs and embryos to allow the samples to be identified and tracked with complete accuracy, avoiding any possible mixups.

The vials are stored in liquid nitrogen in a "cryo-robot" tank equipped with sensors that detect small changes, such as variations in temperature and electricity consumption, which might signal a problem.

Potential mishaps are identified before the point that the frozen tissues are affected, says the company, while patient details are kept secure using military-grade data encryption.

The system is said to offer constant, automated monitoring, with the ability to detect potential tank failures earlier than humans can, as well as extra levels of safety when it comes to identifying and tracking of tissues, the report adds.

Why you may be unable to impregnate your spouse in future
Post a comment
WATCH: The latest videos from the Star
by MAGDALINE SAYA REPORTER
Health
23 April 2021 - 04:00
Read The E-Paper