If oxygen is freely available in the air, why is Kenya facing a shortage?

•Because medical oxygen is classified as a drug, you must have a prescription to purchase it 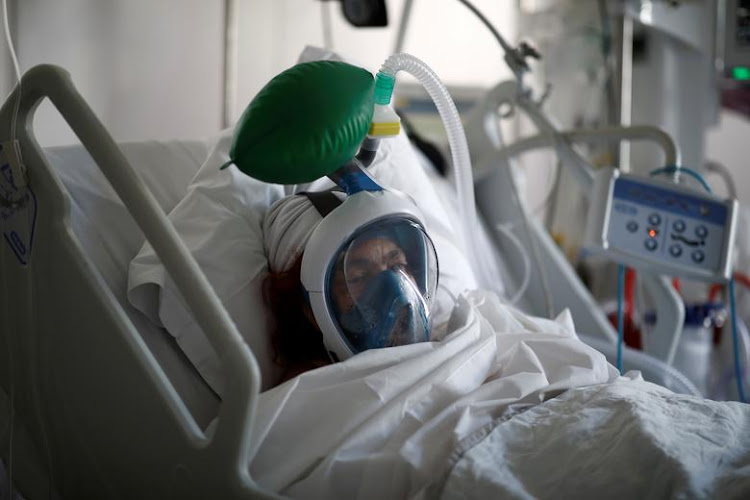 A patient suffering from Covid-19 wears a full-face mask linked to a ventilator for oxygen supply in an ICU.
Image: file

First, we need to understand the air we breathe is only about 21 per cent oxygen and 78 per cent nitrogen. The last one per cent is a mix of other gases like carbon dioxide and hydrogen.

However, medical oxygen is expected to be about 99 per cent oxygen.

Only then will it be useful for a variety of procedures, such as during anesthesia, first aid resuscitation for emergencies, life support for patients who can’t breathe on their own, and oxygen therapy.

To achieve this concentration, the air in the atmosphere is captured and taken through an air separation unit.

It goes through several stages of separation and distillation, the until the unit splits it out into the individual components (oxygen, nitrogen, argon).

The oxygen liquifies first and is drained as liquid. But it is still mixed with argon, so it is taken through a second, low-pressure distillation column in order to separate.

The final purified liquid product is 99.5 per cent oxygen and 0.4 per cent argon.

Oxygen can either be stored in cylinders, a vacuum insulated evaporator or a manifold cylinder bank.

It is then piped into the wards.

There is also another method of producing oxygen onsite using concentrators.

These are portable devices that suck in atmospheric air and filter out nitrogen. The primary gas that remains is oxygen with a purity level of about 90-95 per cent.

Because medical oxygen is classified as a drug, you must have a prescription to purchase the gas as well as other oxygen-related medical devices, such as oxygen concentrators.

It may seem like an unnecessary step since the production and fulfilment of medical grade oxygen is already regulated, but a prescription is an extra step to ensure that the oxygen you are getting is safe to use.

There are no absolute contraindications to the use of oxygen but the inspired concentration should be limited in the case of premature infants and those patients with chronic bronchitis and emphysema.