•In an exclusive interview with the Star, Gates said the Bill and Melinda Gates Foundation will continue to support such tobacco and nicotine control work in Africa.

•Gates also noted although cigarette smoking level was low in Africa compared to the rest of the world, the habit is rapidly growing. 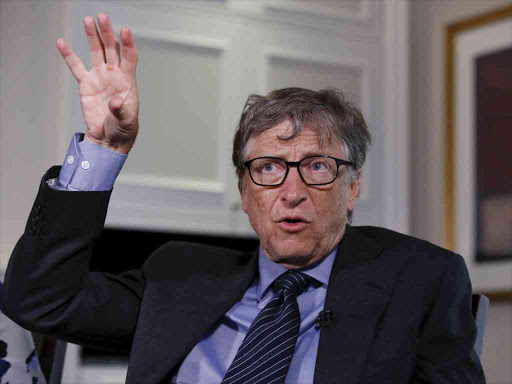 The government has been urged to stop the growing wave of nicotine addiction, especially among the youth.

Philanthropist Bill Gates says the tobacco industry is actively trying to spread nicotine addiction on the continent, where smoking levels are low but also growing.

Nicotine addiction is a chronic disease characterised by compulsive drug seeking and abuse and by long-lasting chemical and molecular changes in the brain.

In an exclusive interview with the Star, Gates said the Bill and Melinda Gates Foundation will continue to support tobacco and nicotine control work in Africa.

“Our foundation is very involved. The Bloomberg Foundation is the biggest funder, trying to reduce the influence of tobacco companies trying to spread tobacco addiction, nicotine addiction in Africa,” he said.

The recent surge in nicotine use, especially among the youth, is fuelled by new types of nicotine delivery products, including nicotine pouches.

According to the World Health Organisation, nicotine exposure can harm the developing brain – which continues to develop until about age 25.

Other evidence suggests that nicotine use is linked to alcohol use and other substance use, such as marijuana.

Gates also noted although cigarette smoking level was low in Africa compared to the rest of the world, the habit is rapidly growing.

“Governments need to try and avoid people starting smoking. The nice thing about Africa is the actual smoking levels are still pretty low. Africa should be able to benefit from the rich world, learning that smoking causes a lot of death and sickness, particularly through lung cancer,” he said.

Gates was responding the latest incident of tobacco industry interference on health policies on the continent.

Says government should remain wary of commercial and vested interests of the industries.
News
2 years ago

During the height of the Covid-19 pandemic this year, several countries including South Africa and Botswana banned tobacco sales because evidence shows smokers are more likely to develop severe Covid-19.

However, Kenya listed tobacco as “an essential product”, a move tobacco control advocates believe was dictated by the industry.

“They should have very high taxes. They should make sure young people don't have access. I'd say we should seize the opportunity where, in many countries, tobacco use has gone down, and try to keep it at those low levels and not let the tobacco companies come back in.”

The report says tobacco use poses risk to the achievement of targets for SDG Goal Three.

In Kenya, the ministry of health says tobacco use is the top most preventable cause of death and one of the four risk factors raising the burden of non-communicable diseases (NCDs) in the country.

The ministry says on average 80 per cent of premature deaths by NCDs are related to the use or exposure tobacco thus straining Kenya’s efforts to achieving its development goals.

However, recently, the British American Tobacco (BAT) Kenya, which produces nicotine pouches, said it is pushing for a three-year tax holiday on local production of the pouches and similar products at its Sh2.7 billion plant in Nairobi, which is close to completion.

The firm said it is in talks with the Treasury and the Kenya Revenue Authority to have the highly-addictive pouches be exempted from excise duty for two to three years, and subsequently lower taxation than prevailing rates on cigarettes.

Health and legal experts have condemned the move and said it would be illegal for Kenya to grant tax breaks for such products.

Kenya has the highest recorded smoking prevalence in Sub-Saharan Africa, according to Euromonitor.

Read the full interview with Bill Gates, below.