The strange words Kenya use to describe distress

Most people used “kufikiria sana”, or thinking too much, as a blanket description for grief

•People seeking care at the Mbagathi District Hospital used the English words “stress” and “depression” differently than they might be used by doctors.

•Anthropologists who study the words that fuel these locally experienced social, psychological, and somatic symptoms call them idioms of distress. 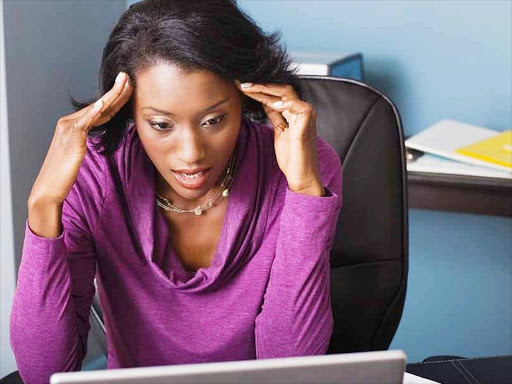 Even words from clinical medicine can be localised and used in new ways to define symptoms and emotions that are different from their clinical definitions.

Clinical medicine defines psychiatric diagnoses according to internationally negotiated categories and symptoms. These classifications have produced a global narrative of what emotions, expressions, and physical signs of distress qualify as illness in clinical settings.

But outside clinical medicine, everyday people have long defined similar emotions and symptoms using other words and meanings. Anthropologists who study the words that fuel these locally experienced social, psychological, and somatic symptoms call them idioms of distress.

Some of the earliest work on the phrase was conducted by the global mental health champion Vikram Patel, who wrote that the Shona in Zimbabwe spoke of “kufungisisa” (thinking too much) when describing tension.

They linked this word of distress to supernatural causes or stress caused by social factors.

Patel also argued that “kufungisisa” had significant overlap with the psychiatric definition of depression. Some anthropologists, however, warn against conflating idioms of distress like “kufungisisa” with psychiatric illnesses like depression. This is because culture is not static. These culturally produced definitions change in meaning just like culture evolves over time.

In addition, the phrase manifests differently across contexts. For instance, how Shona speaking people described “thinking too much” might differ from how others described it.

Ultimately, recognising “kufikiria sana” as a tool to understand mental health in Kenya may be clinically useful. Our findings will help us identify people who may need social or clinical support.

“Kufikiria sana” and other Kenyan emotions

We worked with the Africa Mental Health Foundation to understand what social and emotional experiences accompany people’s medical problems. We interviewed 100 people seeking care at Mbagathi District Hospital in Nairobi, Kenya. People had multiple and often overlapping conditions, from HIV to diabetes, hypertension, and depression. But often the causes of mental distress were social as opposed to medical.

Most people used “kufikiria sana”, or thinking too much, as a blanket description for grief, stress, and depression. It was used to explain that a person was thinking intensely about life experiences. Many people used the phrase to speak about financial worries, losing someone they loved, feeling unsafe in their homes or neighbourhoods, reflecting on memories linked to past trauma, and so on.

The phrase is not a clinical term but it does refer to increasing intensities of deeply considered thoughts.

People seeking care at the Mbagathi District Hospital used the English words “stress” and “depression” differently than they might be used by doctors. People would describe depression as “a sound in the heart” and “very tired in the mind.” They did not often define depression in reference to clinical medicine but rather referred to it as a more intense experience than stress.

One patient made the distinction between depression and stress like this: Depression is thinking too much, but it is more powerful than stress.

Another said: You know stress is just thinking and thinking, but now depression is the aftermath of stress, which now will bring some effects on your body that will not hide.

People talked about depression in terms of both mind and the body. But when it came to stress they described it in social and emotional terms saying that it was something that challenged “peace” (security), emotions (annoyance, fear, anger, confusion), caused them to “think too much”, brought on bad thoughts or difficult relationships, and resulted in problems in the body, such as ulcers.

One person described stress as “something that tries to interfere with you, you know you have just been chilling thinking about different things, then all of a sudden something comes and you start thinking ‘what am I going to do’?”.

What’s interesting about “kufikiria sana” is that it was used with reference to local terms such as “huzuni” (grief), and to more globalised clinical terms like stress and depression. This means that people use their own words and ideas to explain the medical terms that clinicians use to define their mental health.

Our study also shows that the words people use change over time. Even words from clinical medicine can be localised and used in new ways to define symptoms and emotions that are different from their clinical definitions.

This article was first published in the Conversation. The research was carried out in collaboration with David Ndetei, Victoria Mutiso, Christine Musyimi, Edna Bosire, Gregory Omondi, Gitonga Isaiah, and Rebecca Rinehart .