•Speaking at the AA Villa polling station at Mukuru Kwa Njenga, Adan said there was a contention during nominations but after a legal process, he was declared the Wiper nominee.

•The first Kenya Gazzette had listed his name at the co-regender Gazzette notice after the court battle, as the candidate. 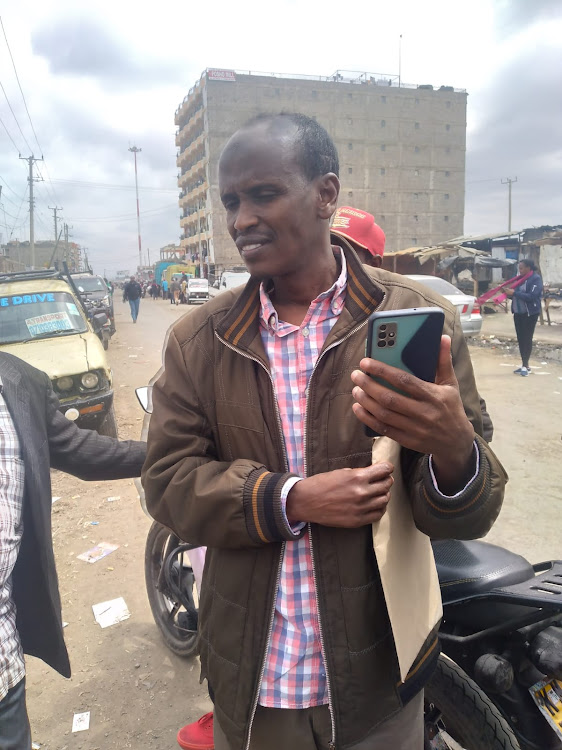 An MCA candidate in Mukuru Kwa Njenga wants the elections for the position nullified after missing his name on the ballot.

Mohammed Adan, a Wiper party candidate, was shocked when he found his name had been replaced by an opponent, whom he had toppled in the nominations.

Speaking at the AA Villa polling station at Mukuru Kwa Njenga, Adan said there was a contention during nominations but after a legal process, he was declared the Wiper nominee.

“We went through a court process that I won and was gazetted as the candidate for Mukuru Kwa Njenga MCA,” Adan said.

The first Kenya Gazzette had listed his name, after the court battle, as the candidate.

“I do not understand what happened because I have every document showing I am the cleared candidate.”

Adan called for the nullification of the MCA elections in Mukuru Kwa Njenga until his name is listed.

The polling station delayed opening after a man who was transporting IEBC elections materials was accosted by members of the public on suspicion of rigging.

The man, who police confirmed is an IEBC official, did not have the branding to identify him as an officer.

“The public panicked because they thought he wanted to rig. Police, however, quickly dispersed the charging crowd,” Embakasi OCPD Maasai Makau said.

Voting started at 7am at the polling station. Mukuru Kwa Njenga has 32, 600 voters who turned out in large numbers.

He expressed optimism in retaining the hotly contested seat, saying he had confidence in his constituents and the process.

Damage is not permanent for some labourers as the skin rejuvenates in time, but not voting day.
News
1 month ago

He had a plaster on his right leg while on his left Cam walker boot.
News
1 month ago

[PHOTOS] Long queues as voting is ongoing in Kasarani

Voters arrived early in the morning to vote for their preferred candidates.
InPictures
1 month ago