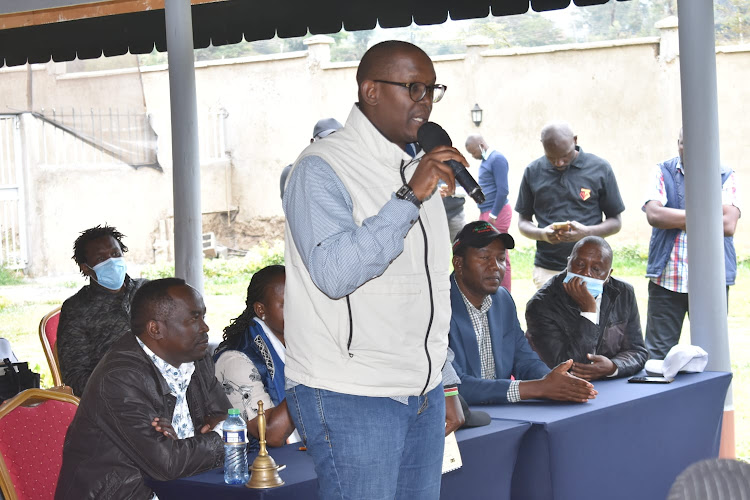 Machakos gubernatorial candidate Nzioka Waita has maintained he will be in the ballot on August 9 polls.

Waita trashed claims there were forces pushing him to step down in favour of one of his competitors under the Azimio's zoning arrangement.

" I voluntarily offered my candidature and, therefore, no amount of persuasions will make me step down in favour of my opponents," he said.

Waita spoke when he received more than 300 defectors from UDA as well as Wiper supporters from Masinga and Yatta subcounties in Machakos town on Wednesday.

Waita exuded confidence that he will win the seat to become the second Machakos governor with Mwangangi as his deputy.

Mwangangi said they won't be distracted by those peddling propaganda about them to step down. She said they will not only be in the ballot, but will get to the White House, Governor Alfred Mutua's office, after winning the election.

Katuku further said as Machakos leaders and residents, they will ensure that they vote in Waita as their next CEO.

He said Azimio presidential candidate Raila Odinga should let Kenyans, especially Machakos residents, to elect a governor of their choice.

Ngengele said there were people threatening them that they will be forced to step aside for their competitors due to zoning in Azimio.

"Raila Odinga whom we support has said everybody should seek his own votes. All of us will get to the ballot, " he said.

Muthwani MCA and Mavoko parliamentary candidate on Jubilee ticket George King'ori trashed Azimio's zoning proposal, arguing that it will deny the electorate opportunities to vote leaders of their choice.

"Those who are advocating for zoning want to get ascend to leadership through the back door, " he said.

"Our leaders should know that we support Raila ,Uhuru, Karua and Kalonzo as our leaders in Azimio.

"So, they shouldn't be worried. All seats in Machakos county, including Mavoko constituency, will be clinched by Azimio candidates." 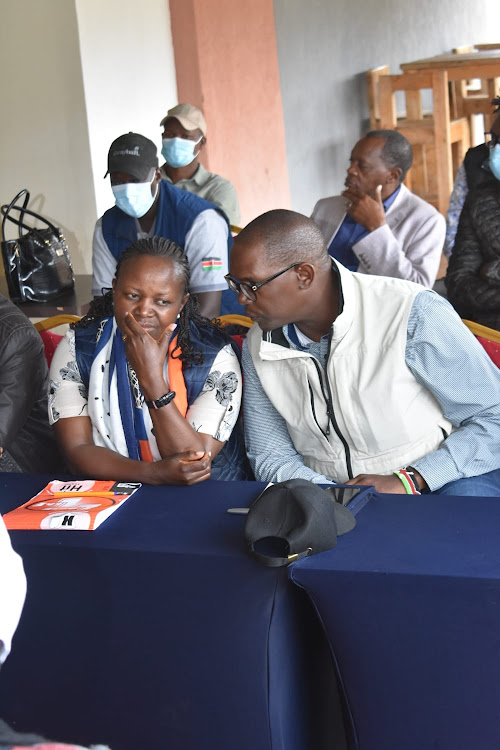 You don’t vote in Machakos, focus on campaigning for Raila, Waita tells Kalonzo

His remarks came after Kalonzo endorsed Wavinya Ndeti for the Machakos governorship.
News
2 months ago