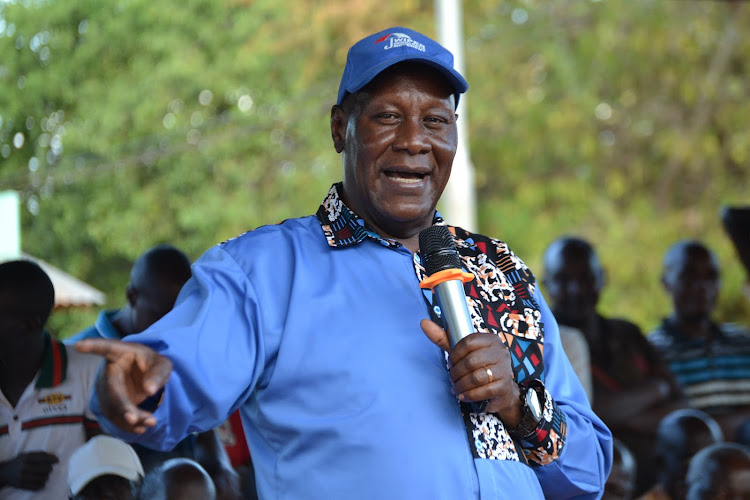 Former Kitui Governor Julius Malombe has urged residents to give him a second chance in the August 9 polls so that he could return the county to the path of development and progress.

"If you vote me back as your governor, we will return a structured way of development. You will see development in areas of Kitui like I did before 2017,” he said.

Malombe was elected as the first Kitui governor in 2013 but lost to Charity Ngilu in the 2017 elections.

He said he would initiate development projects that will put money into the pockets of all people including those in remote areas of the county.

He said that seemingly since he left office, the pace of development had slackened and people had become poorer.

"I realise that people have become poorer and are suffering. When I was in office I populated all areas of Kitui with projects that turned round the fortunes of many. We will return to those happy days if you vote me back on August 9," he told  Kitui residents.

Malombe spoke at Katse trading centre on Saturday in Mwingi North where he presented his running mate Augustine Wambua Kanani to area elders.  The elder installed both Malambe and Kanani as Kamba warriors. 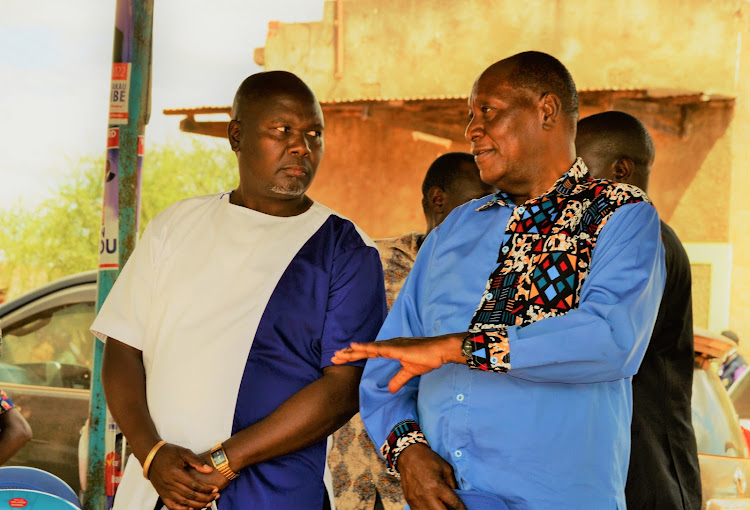 The former governor who before getting to Katse, had addressed a number of rallies in Kamuwongo, Kalatine and Nguuku area in Mwingi North told residents they held the key to returning Kitui to development and prosperity through the vote.

Malombe said it was common knowledge he was a man who was keen on perfection and would  thus not allow things to be done the jua kali way if he was he was voted back as governor.

He pledged to embark on projects that will not only socially benefit residents but boost them economically.

At the same time, Malombe who expressed concern over the current famine situation in Kitui, said if elected into office he would put in place water tight measures to cushion the people from the pangs of hunger.

Ha said once he gets back to office, he will ensure two per cent of the county budget would be set aside for emergencies including famine and drought.

"We will us the emergency funds to give adequate relieve food supplies to the vulnerable in case of a famine." He further said 60 sand dams would be built in each of 40 wards in Kitui.

He said the sand dams would be ideal not only for water availability but for irrigated small scale agriculture to enhance food security.

Malombe was the governor for Kitui between the years 2013 to 2017.
Counties
3 weeks ago