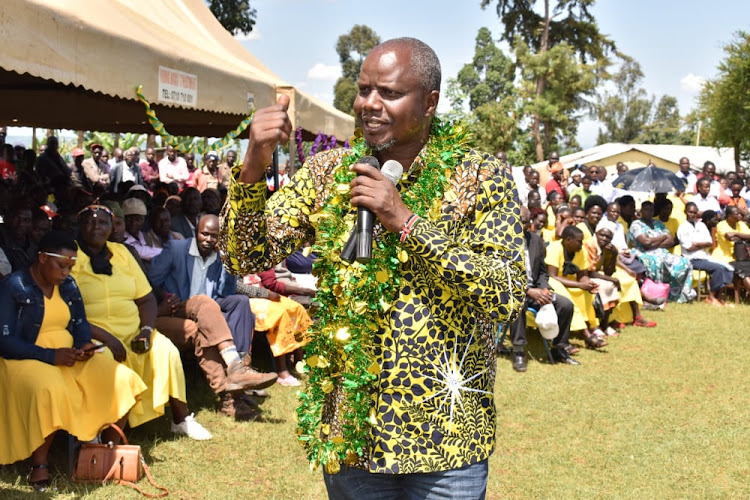 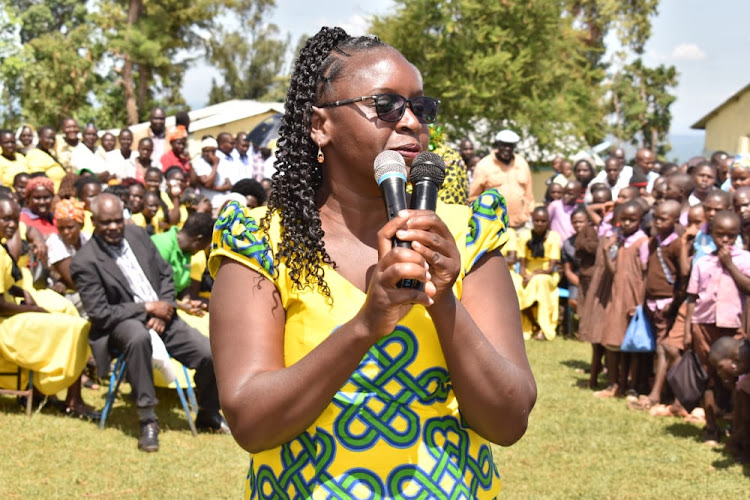 Mt Elgon MP Fred Kapondi has told off Bungoma Senator Moses Wetang’ula to stop lecturing him and instead concentrate on Kenya Kwanza campaigns.

Wetang'ula is unhappy with Kapondi after the lawmaker declared support for Governor Wycliffe Wangamati's reelection bid.

Both Wetang'ula and Kapondi are members of the Kenya Kwanza alliance. However, Kapondi has said he supports Wangamati.

During a Kenya Kwanza rally in Mt Elgon on Tuesday, Wetang’ula attacked Kapondi for supporting Wangamati and asked him to come out clear on whether he is in the Azimio la Umoja or the Kenya Kwanza coalition.

Kapondi said Mt Elgon is his region and he won’t allow anybody to invade the area and lecture him about his political moves.

The MP was speaking at Kapsokwony on Thursday during the laying of the foundation stone for the construction of the KMTC Mt Elgon campus. He was accompanied by Wangamati.

Kapondi is a UDA candidate in Mt Elgon but is backing Wangamati bid  instead of backing the Kenya Kwanza candidate Lusaka.

Kapondi said he is firmly in UDA and asked Wetang’ula to respect him.

“I have no problem with Wetang’ula but let him respect me and conduct peaceful campaigns.”

He added that Mt Elgon is in UDA  and urged his supporters to back William Ruto’s Presidential bid.

“I have not ditched UDA, I am firmly in the party and all my supporters will channel the votes to Ruto,” he said.

Kapondi said he has no competitor, adding that he has taken Mt Elgon from far.

“My track record speaks for itself, I have done much in the education sector and I promise to double my efforts if given the second chance.”

Wangamati urged politicians to hold peaceful campaigns as the country prepares for the August polls.

Kapondi asked Western region to rally behind Ruto’s State House bid saying he has an agenda to change the economy of the country through his bottom- up economic model.

Nancy Kibaba, Woman MP Aspirant under the UDA party who was present at the event said she is ready to battle with the incumbent Catherine Wambilianga in the August polls.

Kibaba urged Bungoma voters to vote for her saying if given an opportunity to serve she will use affirmative action funds to empower women and youths in all the 45 wards in Bungoma.

She added that Bungoma needs a young, focused and visionary leader who will take it to the next level.

She asked Mt Elgon to vote for Kapondi arguing he will work with DP Ruto to ensure the area is developed.

Say residents should reject leaders who dine with Kenya Kwanza during the day and Azimio by night.
Counties
1 month ago

Tension high in Mt Elgon ahead of UDA nominations

Security personnel are on high alert to stop any further attacks.
News
2 months ago

Cheptais ward representative is among those seeking to unseat lawmaker Fred Kapondi in August
Counties
2 months ago
“WATCH: The latest videos from the Star”
by TONY WAFULA
Elections 2022
10 June 2022 - 23:00