Raila to Ruto: I built roads while you were political toddler

Raila said ODM has the ability to deliver development compared to Ruto's team.

•During the event, Raila handed over nomination certificates to some of the ODM members. 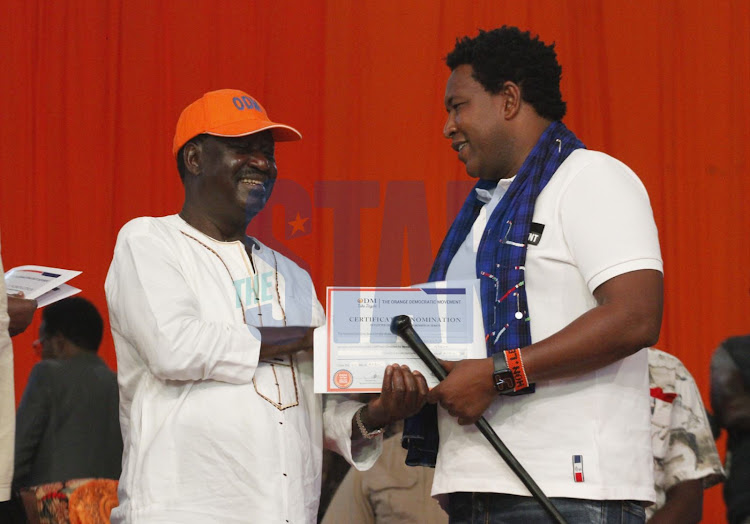 ODM leader Raila Odinga has hit out at the Deputy President William Ruto over his bragging about the work done by the Jubilee administration since it took office in 2013.

Speaking at the Bomas of Kenya, Nairobi, on Wednesday in a meeting that brought the ODM leadership, the former PM said that Ruto has been talking about the projects whose values were exaggerated.

Raila said that ODM has the ability to deliver development projects compared to the DP's team.

Loosely translates to: "You said that you brought the SGR, but at what cost? You claim you brought electricity and water, but how much did you spend? You brought water, yes, but the cost was inflated. Tell that man who is crisscrossing the country saying that we’ve done this and that, that Baba started constructing roads while he was still a political toddler". 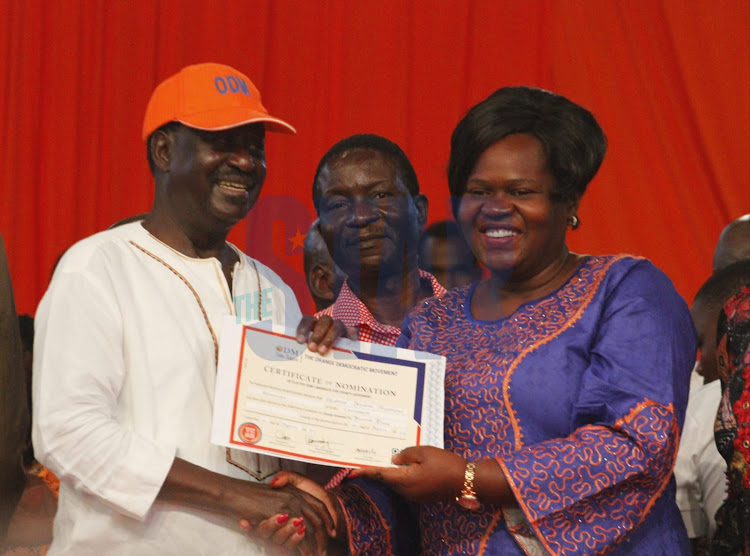 Raila claimed that when his team was fighting for the democracy and rights of Kenyans during the late President Daniel Moi era, the same people including the DP were protecting the government that was abusing Kenyans.

He also said that the Kenya Kwanza Alliance Bottom-Up manifesto will not work compared to the Azimio La Umoja One Kenya Coalition Party manifesto which is about the third liberation of the economy.

During the event, Raila handed over nomination certificates to some of the ODM members.

He said that the party will seek to emerge as the strongest party come the August 9,  general elections by winning the highest number of elective seats.

Maanzo declares "No Kalonzo, no Raila," says Ukambani will revolt.
News
1 month ago

Raila told residents to speak with one voice during the general election.
News
1 month ago
WATCH: The latest videos from the Star
by KEVIN CHERUIYOT Online Journalist
Elections 2022
20 April 2022 - 17:30