Discontent drove me out of Kenya Kwanza, says Bungoma aspirant

Barasa, a governor hopeful, says the alliance reneged on its promise to support him 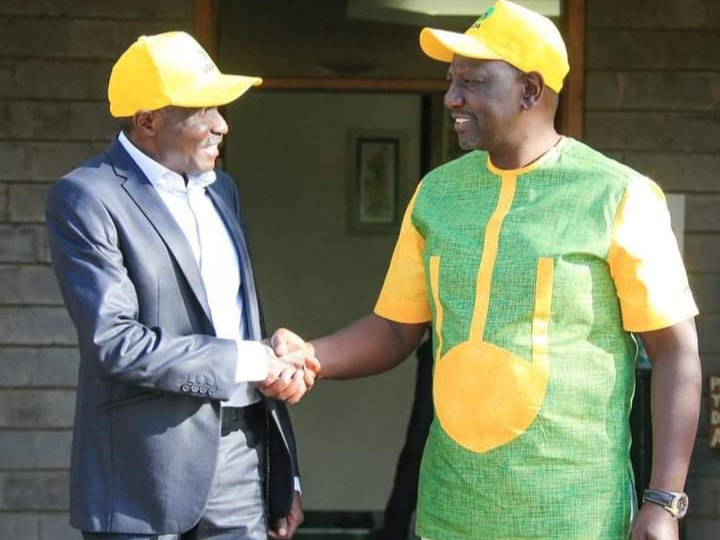 Bungoma governor aspirant Zacharia Barasa has cited frustration as the main reason he quit Kenya Kwanza alliance to run as an independent.

Barasa, who had paid nomination fees for the UDA ticket, said the alliance ignored his candidature and instead favoured Senate Speaker Kenneth Lusaka to unseat Governor Wycliffe Wangamati.

Lusaka will run on the Ford Kenya ticket.

Speaking at Upendo in Maeni ward of Kimilili constituency on Tuesday, Barasa said UDA leaders had previously endorsed his bid for Bungoma governorship only to renege on the pledge in favour of Lusaka.

Part of the agreement is that UDA will not field aspirants against the two coalition partners in most Western counties.

Barasa is campaigning under the theme of 'Maskini Kwanza', which he said will shift focus during his administration to supporting small businesses and empowering women and youths.

Barasa said both Wangamati and Lusaka have had their chances to improve the lives of Bungoma residents but failed.

Lusaka served as governor between 2013 and 2017 before he was defeated by Wangamati in the 2017 polls.

He said he had paid his nomination fee of Sh500,000 to UDA, but ditched it because they refused to refund his money.

"I have already cleared UDA nomination fees to run as the governor but because Kenya Kwanza has frustrated me, I will not go back to them. Let me move on as an independent candidate," he said.

Barasa said if given an opportunity to serve as the governor, he will focus on building technical institutions in every subcounty.

The institutions will ensure that youths who failed to secure university chances can get skills which, in turn, will help them for self- employment.

He further told Kimilili residents he will upgrade Kimilili Subcounty Hospital to a referral hospital.

On Monday Barasa was endorsed by his Bayemba clan to run for the governor seat.

He has doubled his efforts moving around the nine constituencies appealing to residents to reelect him in August.
Counties
5 months ago