• All the new cases are Kenyans aged between 30 and 61 and are close contacts of previously confirmed cases. 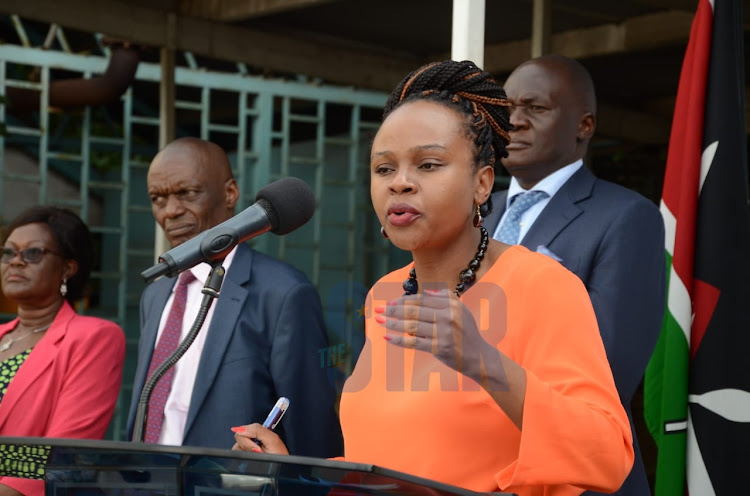 Health CS Mutahi Kagwe has confirmed the death of the first Kenyan from Covid-19.

In a statement on Thursday, Kagwe said, "We have received the sad news of the death of a patient who had tested positive for coronavirus."

The man, who was 66 years old, had been admitted at the Aga Khan University Hospital ICU.

He had arrived in Kenya on March 13 from South Africa via Swaziland.

The man had been suffering from diabetes.

All the new cases are Kenyans females aged between 30 and 61 and are close contacts of previously confirmed cases, Health CAS Mercy Mwangangi said on Thursday.

They have been taken into isolation facilities and are being monitored.

On Wednesday, President Uhuru Kenyatta announced the full recovery of one Covid-19 patient.

On Thursday, a total of 74 samples from suspected cases were tested at the National Influenza Center, KEMRI Nairobi and KEMRI-Welcome Trust Kilifi and three new cases were confirmed.

Two of the three new cases are from Kilifi, while one is from Nairobi.

The total 31 cases are spread out in five counties Nairobi, Kajiado, Mombasa, Kilifi and Kwale.

A total of 123 out of 1,029 close contacts have been discharged after completing the 14 day follow up period.

The government also announced that testing will be scaled up. 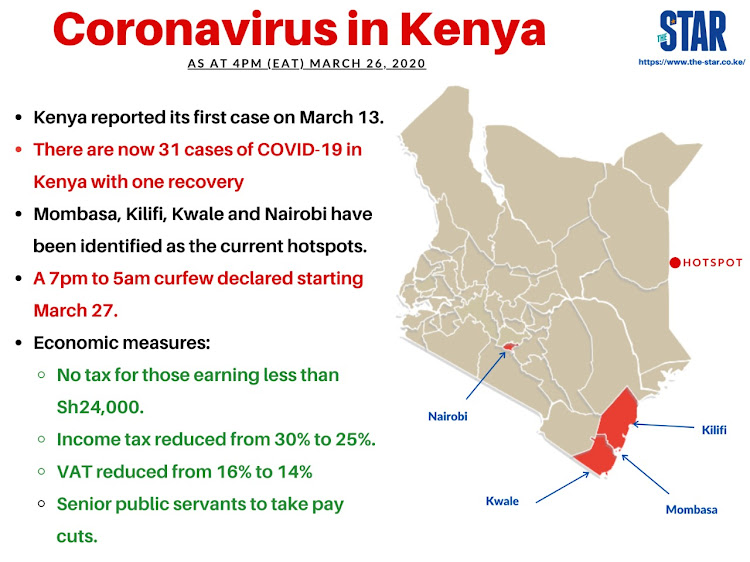 Earlier, Kakamega government closed its offices for two weeks to contain the spread of the coronavirus as county reported its first case.

Announcing the shutdown on Thursday, Governor Wycliffe Oparanya said that only staff from the health, fire brigade, security and enforcement, water and revenue collection departments will remain on duty during the closure.

“We don’t want visitors and that is why we’re closing down and those who will remain in office must strictly observe the measures spelled out by both levels of government,” Oparanya said.

President Uhuru Kenyatta on Wednesday announced the full recovery of one Covid-19 patient.

"Today we have registered our first patient who has fully recovered from this virus," he said on Wednesday.

The President said the recovery showed there was hope to overcoming the pandemic.

The CS said it would be immoral to take advantage of the current situation.
News
2 years ago

Kenya has eight new cases of Covid-19. This brings the total cases to 15.
News
2 years ago