•In early March, the government said they were well prepared for the disease adding that they have an isolation unit at Mbagathi ready in case of any outbreak.

•But one thing they forgot about is to ensure that all quarantined facilities are well prepared and has sanitisers to stop the spread of the disease if there was any. 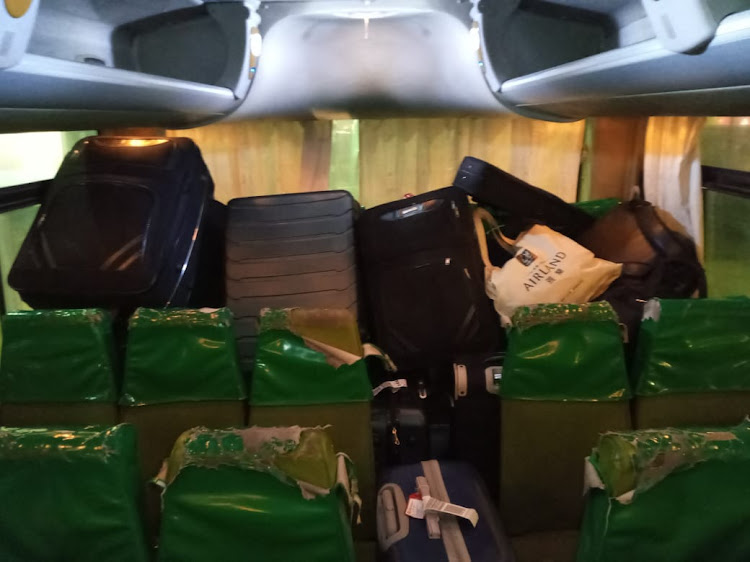 Inside the NYS bus where the passengers were carried,./COURTESY

Cold showers, dirty toilets and having to share a room with a stranger - these were some of the experiences passengers settling in to the KMTC quarantine center were treated to once they checked in.

The government has repeatedly apologised for the mess in quarantine facilities, as all indications point to lack of preparedness to handle the Covid-19 pandemic.

In early March, the government said it was prepared to handle an outbreak of the disease, adding it had an isolation unit at Mbagathi Hospital ready in case of any eventuality.

However, one thing the government seems to have forgot about is ensuring all quarantine facilities are well equipped with essentials, including sanitisers to stop the spread of the disease.

One of the passengers who arrived in Kenya on Monday told the Star he was disgusted with the way people arriving at JKIA have been treated.

“First of all, we were holed up at the airport without any communication from the authorities and after a back and forth, we landed at the KMTC on Tuesday evening,” *Derek Maina (not his real name) said.

Speaking to the Star on Wednesday, Maina said passengers arrived at KMTC later in the day and there was no communication on what they needed to do.

“Before arriving at the institution, there was lots of confusion. The driver went through the gate on Ngong Road but was told to use the Mbagathi gate. When we reached Mbagathi, he was turned away and told to use the Ngong Road gate. Really?” he posed.

“Who does that? Remember we travelled. I came back from Juba. We were tired. Then you take us round and round. It’s not funny.”

..they {the toilets) were very dirty and there was no one to clean them. It was horrible and terrible,"

Maina noted that upon arriving at the KMTC facilities, they were instructed to go to their rooms.

“They did not check anything. No screening, no spraying of our luggage. There was nothing, not even communication,” he said.

He said that upon reaching the rooms, they were asked to share rooms.

“You share the rooms with strangers, In fact you sleep two people per room. If you don’t know anyone, you are forced to sleep with a stranger,” he said.

But he noted that this was not as big problem as the use of shared toilets and bathrooms. 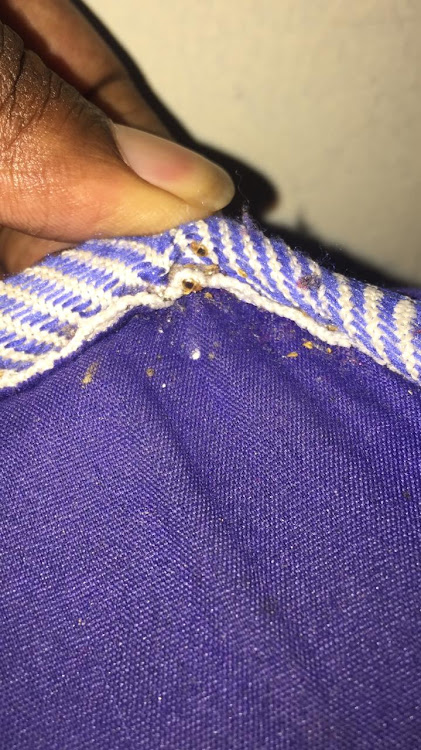 The bed bugs found on the mattress./COURTESY

“You just know how the student toilets look like, they were very dirty and there was no one to clean them. It was horrible and terrible,” he said.

“There were no cleaners. At one point you get someone who has shaved and left the mess there. So we were forced to clean the toilets before use.”

With narrow corridors at the vicinity, Maina said they did not feel safe sleeping there.

“Some of the rooms here have bed bugs. You can imagine this is just one of the rooms. What about the other rooms? People who have not checked their beds. Apart from coronavirus, now we have to fight bed bugs as well?” he posed.

But Maina was later evacuated to a better hotel that is comfortable.

“My employer got us out of this place. At least here, we don’t share rooms,” he says.

But Maina is not alone. I meet a woman only identified as Mercy and she briefs me on the situation at KMTC.

“The whole idea is fantastic but the way it is being executed is different,” Mercy told the Star. 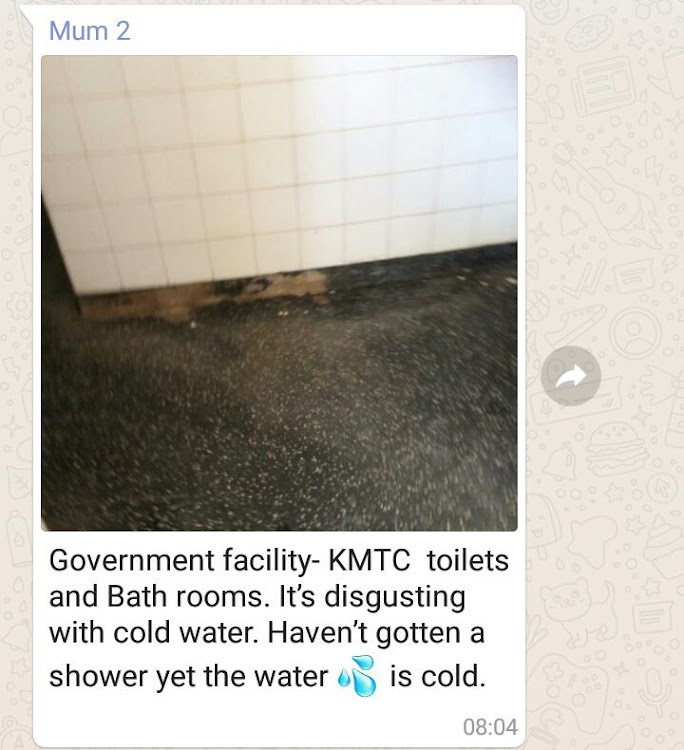 Mercy said that the facility at KMTC was not so bad.

“The ladies side was not as bad as where men were sleeping. I hear the men did not have water and that their rooms were not as clean,” she said.

She noted that in the women's section, the washrooms were clean and there was sufficient water.

“The only problem was that some mattresses had bed bugs, making it difficult for some people to sleep peacefully,” she said.

Mercy who arrived from South Sudan noted that the government should try and separate people from low risk countries and people from high risk ones.

“If they take us away from the airport and later put us together in an NYS bus and into a quarantined facility without screening, don’t you think that we will contract this disease?” she posed.

Even though the government gave them slippers and towels on Wednesday morning, Mercy said the youngsters who are at KMTC risk contracting the virus.

“Controlling the public is not easy. Here at KIMTC there are some youngsters who get drunk and still use the stairs and rub shoulders with some of us who are quarantined. They do not take this thing seriously,” she added.

Mercy noted that day one at the facility was a day not to be forgotten but added that the government came through on the second day when they were given toiletries.

Head of communications at KMTC Marcellah Onsomu said they are not allowed to give any updates on the quarantine services.

"The matter of selecting the centers is a decision made by the government and it is being handled by a multi-sectoral team led by CS (Mutahi) Kagwe. He will update the media on the same," she told the Star.

Kagwe said the situation was occasioned by the huge numbers of passengers streaming in.

"Please bear with us for the inconveniences caused. It is only that we need to do this as we are not leaving anything to chance," Kagwe said.

The CS is expected to give his daily brief on the coronavirus.

High Commissioner to Kenya Jane Mariott warned that the flights were only outbound.
Coronavirus
2 years ago

Says he will defend his title in 2021 and is looking forward to witnessing the event.
Coronavirus
2 years ago
by NANCY AGUTU Senior Digital Reporter
Coronavirus
25 March 2020 - 15:06