Governor Barasa said 50 young Men and Women will be hired in each of the 60 wards. 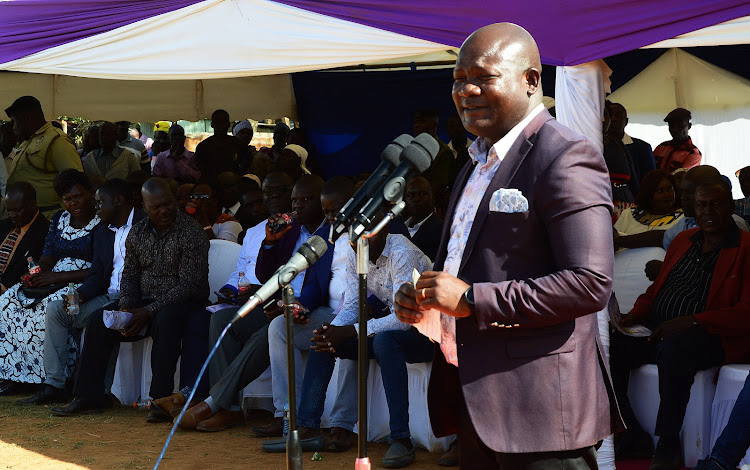 At least 3000  youths from Kakamega County will be hired to serve under the Kazi Mashinani Programme starting March 2023.

This was announced by Kakamega Governor Fernandes Barasa who spoke during the funeral service of his uncle the late Mzee Rapando Wesonga at Khabondi village in Mumias East Sub County, Kakamega.

"I have had a discussion with my MCAs and we have decided that the Kazi Mashinani program should be brought back.

Each MCA will get a chance of 50 young Men and Women being hired from their wards under a one-year contract as opposed to 3 Months like it was in the past regime," Barasa said

The Governor held that the initiative will go a long way in improving the livelihood by creating wealth through employment opportunities for residents as each ward will benefit from 50 slots.

The County boss used the opportunity to reiterate his resolve to collaborate with the National Government in order to realize meaningful development for Kakamega County.

He reminded local leaders that he does not require intermediaries to reach the Head of State President William Ruto.

On disbursement of funds to Counties in the next five years, Barasa exuded confidence that the ongoing conversation between the Council of Governors and the Commission of Revenue Allocation to release Sh425 billion to the devolved units will be fruitful.

"That's the conversation we are having as the council of governors and we are addressing it with the commission for revenue allocation in this Country," The chair finance committee of COG said

He however called on elected leaders to discharge their mandate of protecting devolution and advocating for good governance as stipulated in the Constitution. 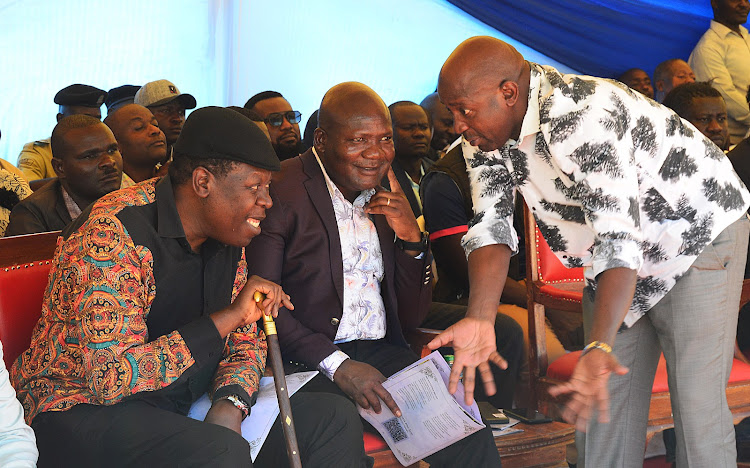 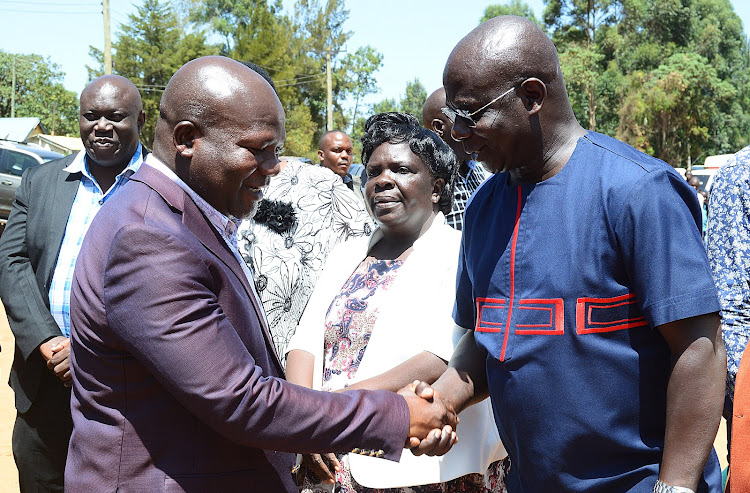 Kakamega governor Fernandez Barasa with Isukha South MCA Charles Lwanga and other leaders during a feneral at Mukumu in Kakamega .
Image: CALISTUS LUCHETU
Post a comment
WATCH: The latest videos from the Star
by CALISTUS LUCHETU Correspondent, Kakamega
Western
19 January 2023 - 21:58
Read The E-Paper