At least 16 cases and several fatalities reported in Uganda 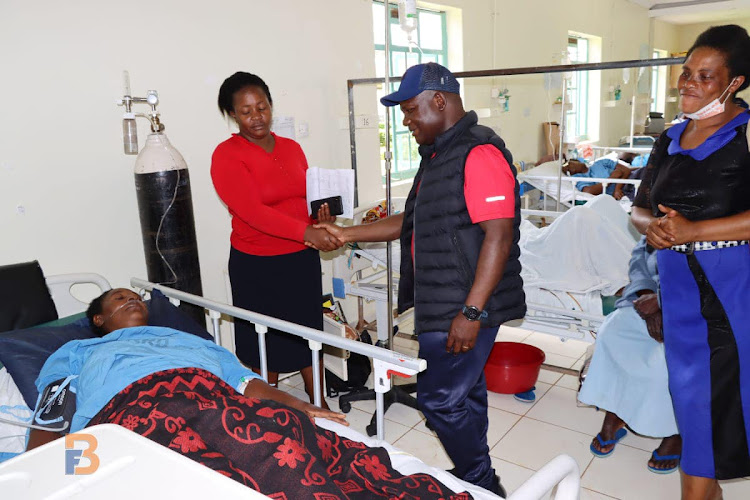 Kakamega residents have been asked to be cautious even as the county makes plans to curb outbreaks of the dreaded Ebola disease in the region.

The Ebola outbreak was recently confirmed in Uganda with at least 16 cases and several fatalities reported.

Ebola is a deadly virus that causes fever, body aches, diarrhoea and in extreme cases, external and internal bleeding leading to death.

Kakamega Governor Fernandes Barasa on Wednesday urged the public to be cautious of a possible outbreak.

He however said his administration is putting up measures to contain any possible outbreak and spread of the killer disease.

Kakamega county borders Bungoma and Trans-Nzoia counties to the north.

There are rising concerns of possible Ebola transmissions into Kakamega from the two counties as they both border Uganda.

The governor said the health executive has instructions to ensure all measures are put in place to contain any Ebola cases seeping into the county.

“As an administration, we are taking serious measures because we understand how serious Ebola can be. The plan is to ensure any outbreak is contained,” he said.

Barasa further promised to see to the completion of all projects started by his predecessor Wycliffe Oparanya before launching new ones.

The county chief said despite many new governors abandoning projects initiated by their predecessors, he would do the opposite.

He said he will ensure every single project captured in the County Integrated Development Plan is completed.

“I will be doing a great disservice to the people of Kakamega who elected me and who are equally taxpayers, whose hard-earned money has gone into those projects. I will complete all of them,” Barasa said.

He also acknowledged receipt of the hand over report in his office on Tuesday, which he said had many tangible projects for Kakamega.

“There are so many great projects that haven’t been finished and I intend to complete them first and have them set up for the benefit of the people of this region,” the governor said.

Barasa also promised to ensure balanced leadership in such a manner that all parts of Kakamega county enjoy consistent growth, development and improvement.

“In doing so, let all the MCAs know that they have my unwavering support, so that no single ward is left behind as we strive to give the best leadership to our people,” he said.

The outbreak began in the central district of Mubende but has now spread to two neighbouring districts.
News
2 months ago

The DG has, however, said there is no plan to suspend flights from Uganda
News
2 months ago

Natembeya says the county has set up measures to contain the spread of the virus.
Counties
2 months ago

18,726 people screened at border points between September 20 and 25.
News
2 months ago
Post a comment
WATCH: The latest videos from the Star
by CHETI PRAXIDES Correspondent,Coast Region.
Western
28 September 2022 - 22:00
Read The E-Paper