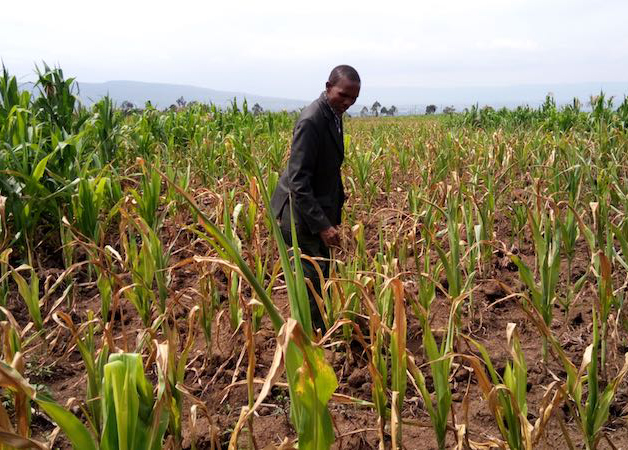 Farmers in Busia are blaming the erratic weather patterns, high cost of fertilisers and fall armyworm infestation for the poor harvest.

They urged the government to facilitate irrigation farming and employ adequate extension field officers to advise farmers on the best farming practices in the wake of climate change.

Agriculture, is an important sector in the economy of Busia, contributing 60 per cent of the GDP.

“Climate change is one of the most defining concerns of today’s world and has greatly altered the ecosystems. It has impacted farming negatively in this county,” Amadi said.

“We can’t have a country where the majority of its land is idle yet its a battleground for criminals in the name of cattle rustling,” he said.

He challenged the government to ensure national cereals stores are modernised.

“Storage of cereal lots on the farm level or on manufacturing silos can be regarded as the most important postharvest phase with respect to mycotoxin production,”  Meso said.

He said the main purpose of grain storage is to equilibrate supply and demand and added that postharvest operation is a key step in promoting food security.

Meso also asked farmers to diversify their farming as a mitigation measure against food insecurity that comes with post-harvest losses.

The climate change experts in Busia are now urging farmers to resort to growing quick maturing crops such as vegetables when there is a prediction of prolonged dry spells.

The State of the Climate report also says that higher temperatures are the new normal for Britain.
News
2 weeks ago
“WATCH: The latest videos from the Star”
by KNA
Western
04 August 2022 - 22:00