Khaniri camps in Ottichilo's Bunyore backyard in hunt for votes

Luanda and Emuhaya have 106,495 votes that the senator is eyeing to win. 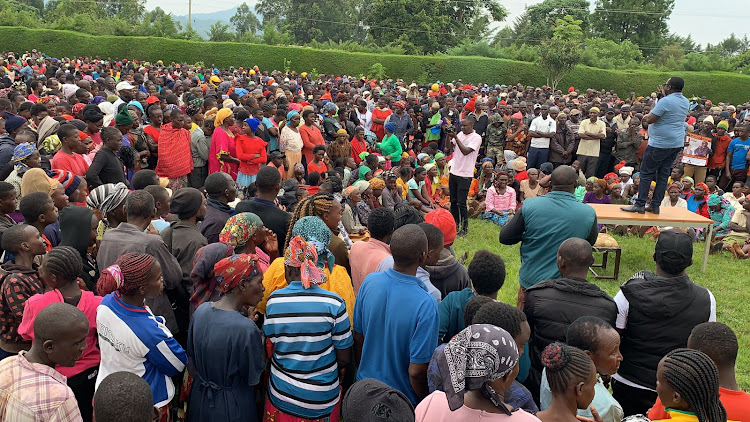 Vihiga Senator George Khaniri has invaded Governor Wilber Ottichilo’s backyard of Luanda and Emuhaya to woo residents to vote for him.

Khaniri has been traversing Bunyore land with job promises to win over voters. He has promised to give residents chief officers and CECs jobs if elected.

He is eyeing the governor's seat on the United Democratic Party.

Luanda and Emuhaya, which are inhabited by the Bunyore community, have 106,495 votes that Khaniri is eyeing to win.

“My people, I'm here to ask you to support me so that I can change this county to be a better place,” Khaniri said.

However, Khaniri's tour to Ottichilo’s backyard has yet to create an impact as the majority of residents have vowed to vote for the incumbent.

Charles Okwemba, who is also eyeing the MCA seat in Wemilabi ward, Luanda constituency, said Khaniri is yet to convince Bunyore why they should vote for him.

“The current race for the governor seat is between the incumbent governor and former Governor Akaranga. Others are just wasting their time,” he said.

According to Infotrak poll in July, Governor Ottichilo was leading with 42 per cent, followed by former Governor Moses Akaranga with 13 per cent, Sabatia MP Alfred Agoi had 11, Khaniri got six, while Francis Ominde of Federal Party of Kenya had one per cent.

Governor Ottichilo, who has for two weeks been campaigning in Maragoli land, has urged his backyard to vote for him, promising more development.

“Cast your vote for a leader who will bring development and not plunge the county into a financial crisis,” Ottichilo said.

“We are currently experiencing tremendous development in this county despite the financial crisis within the devolved units.”

Vihiga county is largely dominated by the Bunyores, the Maragolis and the Tirikis whose votes will determine who wins various seats.

Khaniri comes from the Tiriki subtribe who are mainly found in Hamisi constituency.

Agoi, Akaranga and Ominde are members of the Maragoli subtribe.

The Maragolis are in the two constituencies of Sabatia and Vihiga while Luanda is dominated by the Bunyore.

Governor Ottichilo is hoping to get a slice of the Maragoli land votes.

“I'm the best candidate to put this county on the national radar and that can be proved by what I have done during my first term," the governor said at the weekend. 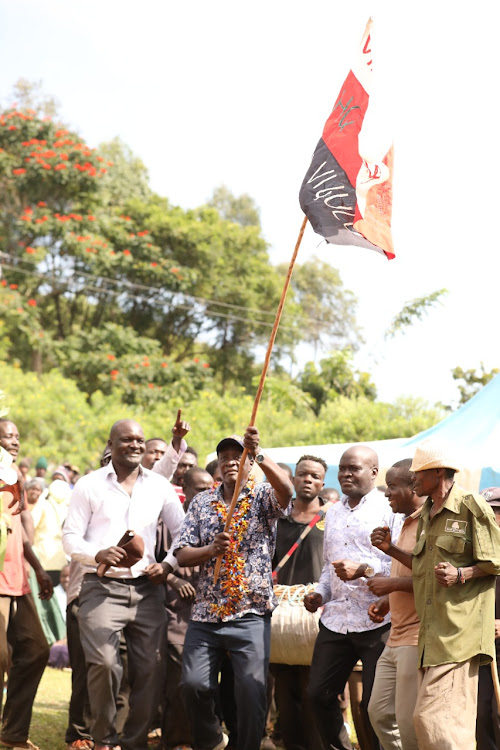 A Senate committee that handled the dispute last year failed to resolve the long-standing conflict despite months of investigations.
Counties
2 weeks ago

County commissioner says the government has laid down strategies to secure the region
Counties
2 weeks ago
“WATCH: The latest videos from the Star”
by MARTIN OMBIMA @OmbimaPatrick
Western
03 August 2022 - 22:00
Read The E-Paper