Vihiga is divided into the major sub-clans of Bunyore, Maragoli and Tiriki whose votes will decide who wins

• Governor Ottichilo has been traversing the Maragoli land for the last two weeks to ensure he gets a slice of the Maragoli votes in his basket.

• The community has 123,164 votes and three governor candidates. 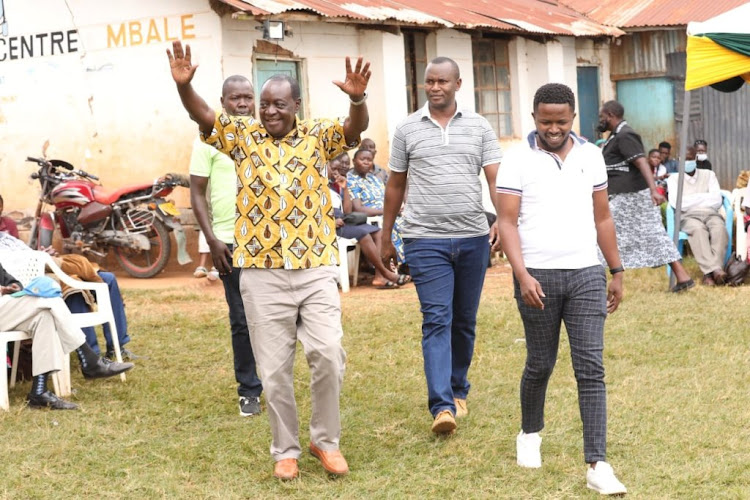 Vihiga Governor Wilber Ottichilo has taken his campaigns for reelection to Maragoli land, where he is camping in the hunt for votes.

Vihiga county is largely dominated by the Bunyores, the Maragolis and the Tirikis whose votes will determine who wins various seats.

Ottichilo of ODM comes from Emuhaya constituency, which is the home of the Banyore.

His rival Senator George Khaniri of UDP comes from the Tiriki subtribe who are mainly found in Hamisi constituency.

The Maragolis are in the two constituencies of Sabatia and Vihiga while Luanda is dominated by the Banyore.

Governor Ottichilo has been traversing the Maragoli land for the last two weeks to ensure he gets a slice of their votes.

The community has 123,164 votes and three governor candidates on the ballot.

“I'm the best candidate to put this county on the national radar and that can be proved by what I have done during my first term," the governor said.

"Other people are just saying they will do this and that, but despite being in power all those years, they have done nothing, so don’t expect them to do anything in that office.”

Ottichilo was speaking on Saturday in Mungoma ward, Vihiga constituency, where he commissioned a water project.

Ottichilo urged residents to turn out in large numbers and re-elect him for a second term.

“When you vote for me, please also vote for Baba (Azimio presidential candidate Raila Odinga) as our next president,” Ottichilo said.

He said only Raila has the capacity to take the country to great heights of development.

“We want a leader who will focus on development, socioeconomic issues and health at large,” he said.

He said if elected, Raila will strengthen devolution and champion more development in rural areas.

Ottichilo is banking on his Bunyore bloc with 106,495 votes as his starting point.

The governor has created a network in the county through community health volunteers, ECDE teachers and the beneficiaries of the governor’s scholarship to secure a second term in office.

He promised ECDEs of permanent and pensionable jobs if he is reelected.

Other candidates in the Vihiga governor race are on the ground consolidating their strongholds to increase their chances of winning in next week's election.

Akaranga, who is seeking to recapture the seat he lost Ottichilo in 2017, is eyeing to bag the Maragoli votes.

Khaniri is hoping that his political experience after serving as Hamisi MP for four terms and two terms as a senator, will help him clinch the seat.

Agoi is relying on his development record as two-term Sabatia MP. 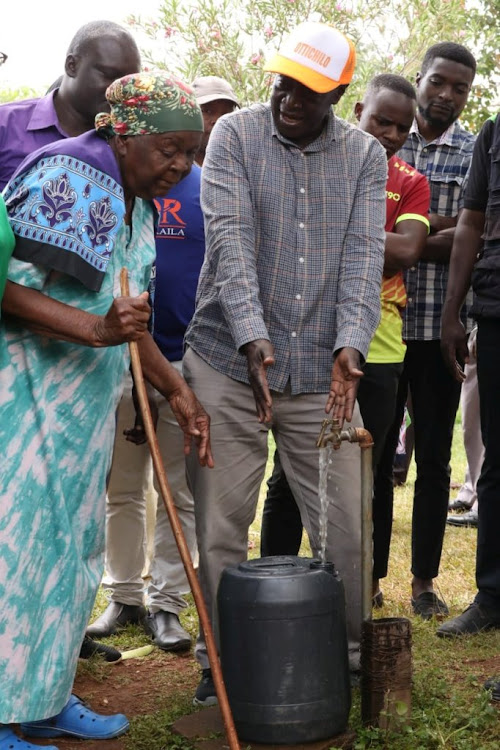 Akaranga and Khaniri have failed Vihiga, reject them — Agoi

Says the Senator failed to hold the county bosses to account when misappropriation of public funds occurred
Counties
3 weeks ago
“WATCH: The latest videos from the Star”
by MARTIN OMBIMA @OmbimaPatrick
Western
01 August 2022 - 22:00