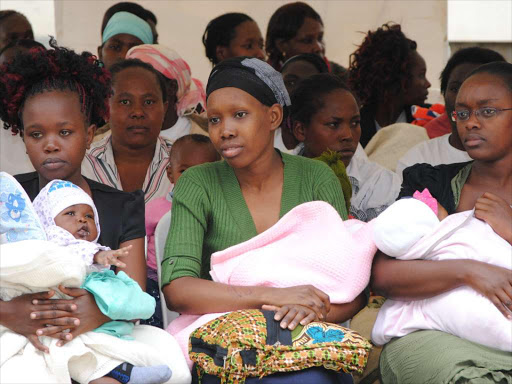 They will benefit women including healthcare workers who have been having challenges getting spaces to breastfeed while at work.

“We are all aware that the first exposure to the antibodies the child gets is through breastfeeding, which will assure that child’s rate of survival," said Busia county chief officer for Health and Sanitation Jonathan Ino.

Ino said the misconception that breastfeeding causes changes in appearance among women has led to early introduction of foods and fluids putting the life of children at risk.

"Having breastfeeding stations within facilities and common areas like markets would help in ensuring that exclusive breastfeeding is not only increased but also maintained over time as the community would be able to understand the benefits and support mothers to exclusively breastfeed," she said.

According to the Kenya Health Indicator Survey 2021, early initiation of newborns to other foods and exclusive breastfeeding in Busia county stand at 93.9 per cent and 82.4 per cent respectively against the national rate of 62 per cent and 61 per cent.

The theme of this year’s World Breastfeeding Week (August 1-7) is, 'Step up for breastfeeding: Educate and support'.