Mbatiany is from the minority Sabaot community in Mt Elgon. 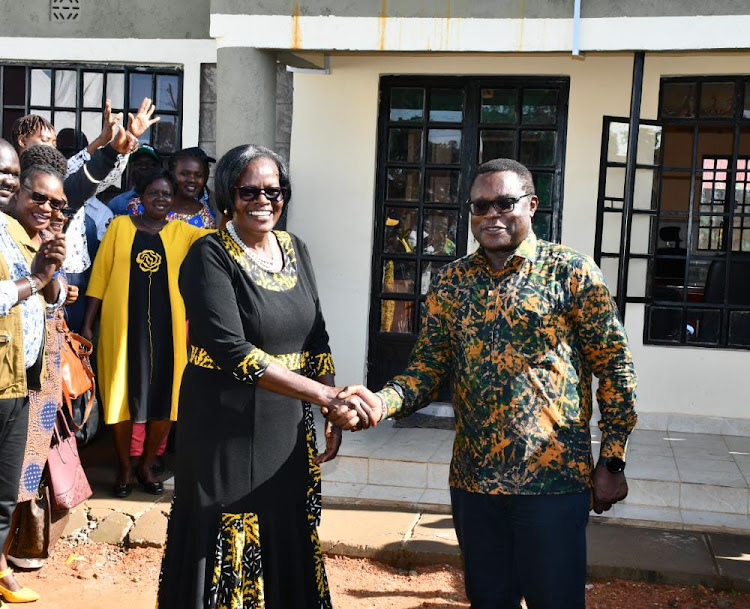 Mbatiany hails from Mt Elgon constituency and is from the minority Sabaot community.

She was gender advisor in the 0ffice of the governor during Lusaka's term as county chief.

Mbatiany is holder of a Bachelor of Arts in Gender, Women and Development Studies and also a founding pastor of the Lord is My Saviour Ministry Church in Chemses, Mt Elgon. She also has a degree in Theology.

Speaking during the unveiling ceremony at Ken Lusaka Command Centre in Kanduyi on Wednesday, the Speaker said he sought the opinion of key leaders before settling on Mbatiany.

“Janepher is a fearless fighter for gender equity, one of the county’s finest peace advocates, an astute public defender, a pastor and a woman of God,” he said.

Mbatiany said her nomination is a win not only for the women of her marginalised community but the county as a whole.

“I will be faithful and support you in the campaigns and in all your endeavours,” she said.

Lusaka ditched the ruling Jubilee party in February and returned to Ford-Kenya.

This was after he reconciled with Ford Kenya leader and Bungoma Senator Moses Wetang’ula.

The trio has in the recent past intensified their campaigns popularising their coalition in Western Kenya.

Lusaka said he strives to balance the leadership dynamics in Mt Elgon by ensuring that here is regional representation.

The Bukusu sub-tribe of the Luhya is the dominant community in Bungoma.

“With the naming of the deputy governor, the Kenya Kwanza team will free the residents of Bungoma from the bondage of bad leadership so we should hit the ground running,” Wanyama said.

“Mama Mbatiany is more than equal to the task. With her networks and connections in the women movement and the church, the Kenya Kwanza team will be victorious on August 9,” he said.

He has doubled his efforts moving around the nine constituencies appealing to residents to reelect him in August.
Counties
2 months ago

Marende said the nomination came as a surprise to him since he was not aware of it.
News
1 month ago

Lusaka seeks to oust the incumbent Wangamati in the August polls.
Counties
1 month ago
“WATCH: The latest videos from the Star”
by ALLAN KISIA Political Writer
Western
18 May 2022 - 22:00