He accuses the senator for using Ford Kenya for his personal gains. 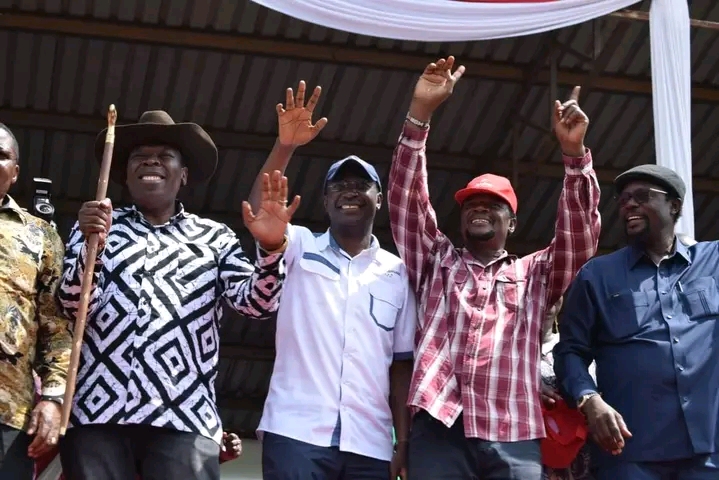 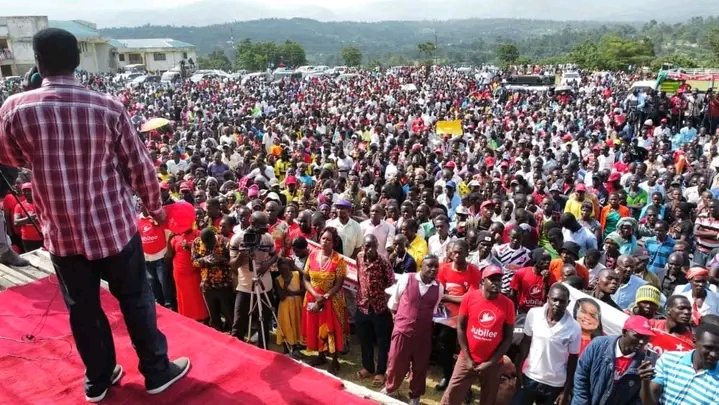 “If there is a party that has really frustrated some of us, it is the Ford Kenya party and [Moses] Wetang’ula’s dictatorship. Let's support our new party DAP-K and grow it,” Wamunyinyi said.

He was addressing residents at Mayuba stadium on Sunday during the Azimio la Umoja campaigns in Bungoma.

Wamunyinyi, who is also the DAP-K leader, accused Wetang’ula of using Ford Kenya for his personal gains.

The Kanduyi lawmaker criticised Wetang'ula and his ANC counterpart, Musalia Mudavadi, saying the duo have failed the region through constant lies and threats that they will run for the presidency.

Wamunyinyi urged the region to rally behind Raila Odinga’s presidential bid, saying it is only the former Prime Minister who has good intentions to revamp the economy.

Wamalwa, who was present at the event, trashed Ruto’s decision to pick Mathira MP Rigathi Gachagua as the running mate, hitting out at Mudavadi for being sidelined by the Deputy President William Ruto.

“I am feeling pity for my brother Musalia Mudavadi. How can Ruto pick Rigathi and assume a senior man like Mudavadi. I expected him (Mudavadi) to be picked as the running mate,” Wamalwa said.

He further said Kenya Kwanza is not about Kenya but it is about Ruto’s ambitions and his personal interests, arguing that UDA has taken control of the coalition.

“Let me tell my Sirisia people, Luhyas have nothing in the Kenya Kwanza. Everything is controlled by Ruto himself. By extension, his party has fielded candidates in all positions in Nairobi county,” he said.

Marende said Ruto is the enemy of development in the country, citing his past moves to oppose the 2010 Constitution and the Building Bridges Initiative.

“Ruto’s bottom –up economic model cannot solve Kenyans problems. He is telling us that resources will move from bottom to up then what is the importance of devolution?” Marende posed.

Waluke, who is a former UDA member, said he made the bold step to quit the party to back Raila after wide consultations that Ruto won’t become president.

He said he will vie for the seat on a Jubilee Party ticket, saying he is the Jubilee point man in Bungoma county.

Bottom up scheme out to hoodwink Kenyans, says Wamalwa

Wamalwa says the condition set for them to get the share was unattainable
News
1 month ago
“WATCH: The latest videos from the Star”
by TONY WAFULA
Western
16 May 2022 - 22:00