He says his nominee has both experience and expertise that will bring change to county. 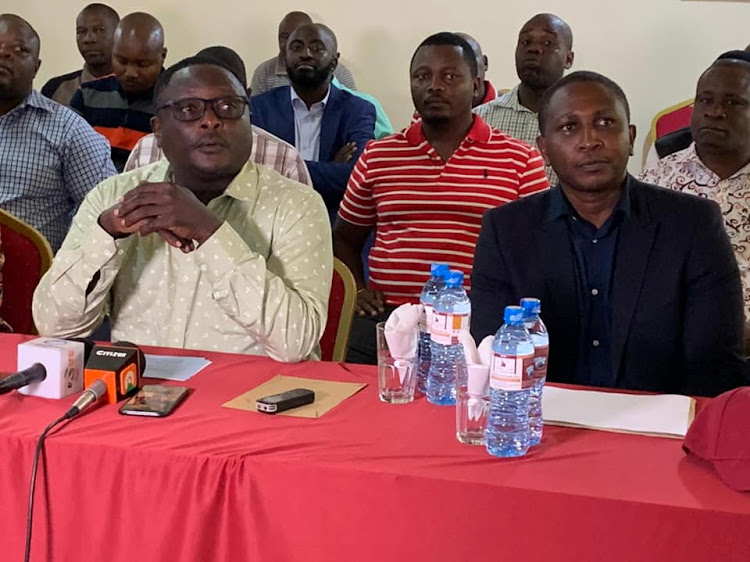 Senator George Khaniri with his running mate Jerald Samoya at Enjogu hotel in Vihiga subcounty before he was officially declared as the running mate.
Image: MARTIN OMBIMA

George Khaniri has picked Jerald Samoya as his running mate for the Vihiga governor race.

Khaniri unveiled him at Enjogu hotel in Vihiga subcounty on Sunday.

This comes as all gubernatorial aspirants rush to meet the IEBC May 16 deadline.

The IEBC chairman Wafula Chebukati had initially urged all presidential and governor aspirants to submit names of their running mates before the deadline.

“We are here to abide by the guidelines by IEBC that we must submit the names of our running mates by tomorrow (Monday)," Khaniri said.

"After extensive search and consultations with elders, business community, youth and women leaders, I have found a highly qualified and dedicated brilliant young man.

"[He] is ready to offer his experience and expertise in my quest to transform the livelihoods through honest, transparent, inclusive and accountable government,” Khaniri said.

Samoya is a Vihiga subcounty resident with engineering experience.

Khaniri will be vying on a​ ​UDP party ticket under Azimio la Umoja coalition. 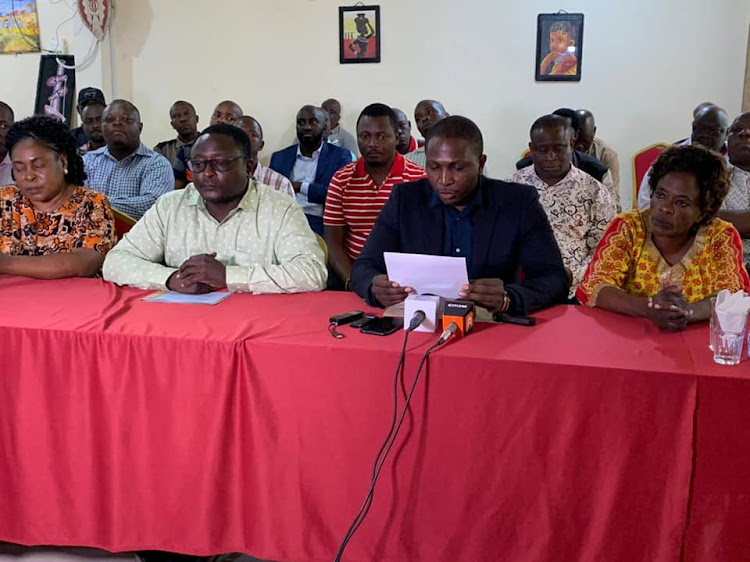 Deputy Governor Patrick Saisi,  who is  also on​ ​the race, is set to name his running mate.

Saisi joined the race to unseat his boss after a fallout between the two, creating room for Governor Wilber Ottichilo to pick  Wilberforce Kitiezo as his running mate.

On the other hand, Bungoma gubernatorial aspirant Zacharia Baraza has nominated Kingsley Kapchanga Mutali as his running mate.

He was instrumental in the fight for the restoration of the forest land around Nabuyole falls to the Tachoni community early this year.

The government was forced to de-gazette the forest after a protracted fight with the community.

Baraza said he had settled on Mutali because of his integrity and track record of championing public interest.

He said his partnership constituted the ‘integrity team' that will give the country a fresh start and eliminate graft and mismanagement of the county’s resources.

The security expert has also worked with the National Intelligence Service.

Sources close to Wangamati said he was likely to name a deputy from Webuye East or Tongaren.

The former Speaker is vying for the seat on DAP-K ticket.
News
1 month ago

Governor says what matters is quality of leaders and not how much handouts one gives.
Counties
1 month ago

Party leader will run for Vihiga governor; members free to support presidential aspirant of their choice.
Counties
2 months ago