She says she has constitutional right to vie like other aspirants. 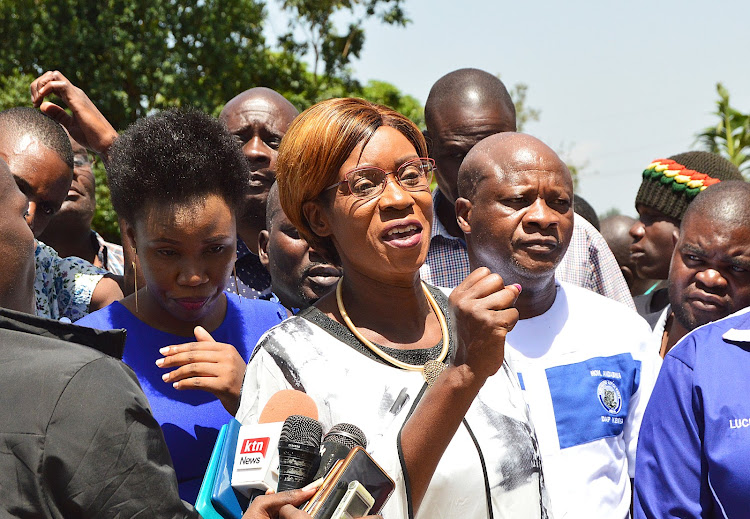 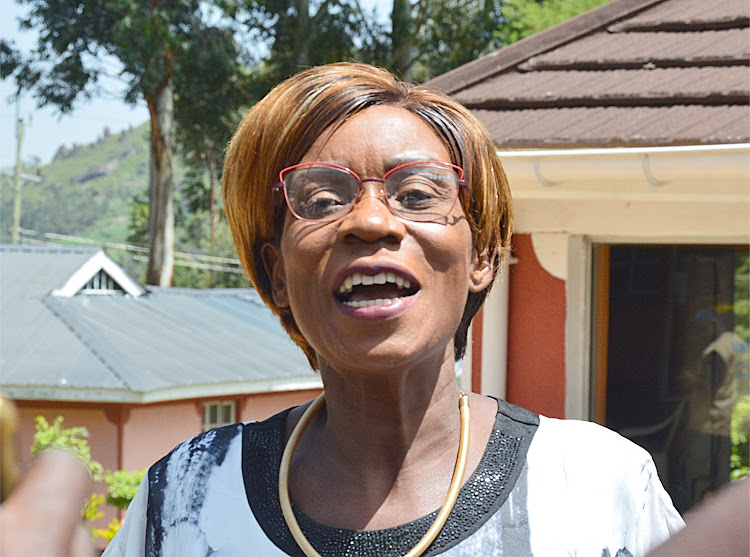 Nominated Senator Naomi Shiyonga has dispelled rumours that she has stepped down for her opponent Elsie Muhanda in the Kakamega Women Representative race.

“We have had so many rumours on social media that I have dropped my aspiration for the Kakamega Women Representative position in favour of the current Women mp," she said.

"I want to categorically state that it is not true. I have not stepped down for anybody and constitutionally I have a right to vie and that is what I’m going to do.”

Shiyonga, who is vying on a DAP-K ticket, criticised zoning in Azimio in Western Kenya, saying ODM leaders were using the method in favour of their friends, something she said was going to kill small parties in Azimio.

She spoke on Monday when she met elders and aspirants vying for various positions in Kakamega at her home in Mache village, Malava subcounty, where she repeated her ambitions to be on the ballot come August 9.

The legislator, who decamped from ODM in March to join DAP-K, asked ODM leadership to stick to its party issues and stop interfering with DAP-K.

She warned that if DAP-K candidates are pushed to the wall to surrender their tickets in favour of ODM candidates then Azimio coalition will be affected negatively in the Western region.

“I have a lot of respect to our leaders in Azimi...but when it comes to a point of being asked to step down in favour of someone who has already served her five years, I will not accept that because it’s not fair," she said.

"And so my declaration today is that I will present my nomination papers to the IEBC when the time comes and I will be on the ballot.”

Earlier on, Raila said Azimio leadership had agreed to allow all aspirants of affiliate parties to campaign for one month then they will identify most popular ones and ask others to support them.

How Raila plans to edge Ruto out of Western

Azimio keen to present one candidate for every seat to face off with Kenya Kwanza’s affiliate parties.
News
1 month ago

IEBC is expecting to receive the presidential running mates by May 16.
News
1 month ago

Gladys Wanga, Fernandez Barasa among those already given direct tickets
News
3 months ago
“WATCH: The latest videos from the Star”
by CALISTUS LUCHETU Correspondent, Kakamega
Western
16 May 2022 - 22:00