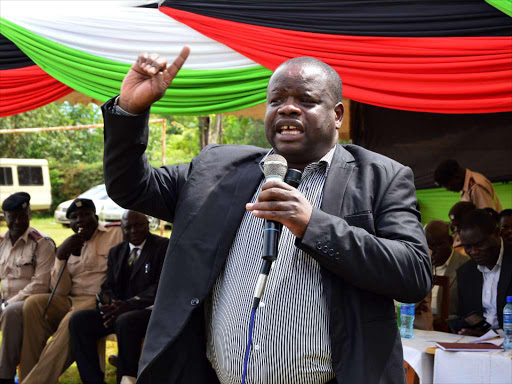 The MP who defected from ODM to the Democratic Action Party of Kenya in March said there is no law to support the zoning, adding that the constitution supersedes any other arrangements and should be respected.

He said the decision to push some of the DAP-K aspirants out of the race in the region was a violation of their constitutional rights.

“ODM bungled their nominations and now want to create confusion in other parties after realising they dished out direct tickets to weak candidates. They should own up to their mistakes and carry their own cross,” he said.

Oparanya said DAP-K should field candidates in the two counties and elsewhere and not Kakamega, Vihiga and Busia counties.

While campaigning in Central Kenya, Raila said Azimio leadership had agreed to allow all aspirants for affiliate parties campaign for one month then they will identify most popular ones and ask others to support them.

Kizito said every Kenyan has a constitutional right to join political parties of their choice and zoning was a violation of the same law.

Panic has gripped other aspirants on DAP-K who now fear their tickets could be recalled to create room for ODM rivals.

“If they can force the deputy party leader to step down from the race, what will stop them from pushing all of us out of the race?” asked an aspirant who declined to be named.

Smaller parties in Azimio have protested that zoning will kill them and hurt chances of Raila’s victory.

They said they will walk away from the coalition if fails to resolve nomination grievances.
News
1 month ago

Disquiet in Raila team over disorder in Azimio

Political observers call on Uhuru and ODM leader to take personal charge of coalition
News
1 month ago
“WATCH: The latest videos from the Star”
by HILTON OTENYO Correspondent, Western Region
Western
15 May 2022 - 22:00