Khalwale said there are many benefits that come with a six-piece voting pattern in an election.

•Khalwale who also sought votes for his  Senatorial bid for Kakamega said there are many benefits that come with a six-piece voting pattern in an election.

•Khalwale was speaking at Mutsuma grounds in the Malava constituency during the homecoming of Beatrice Inyangala who was nominated by Senator Cleophas Malala as his deputy governor candidate. 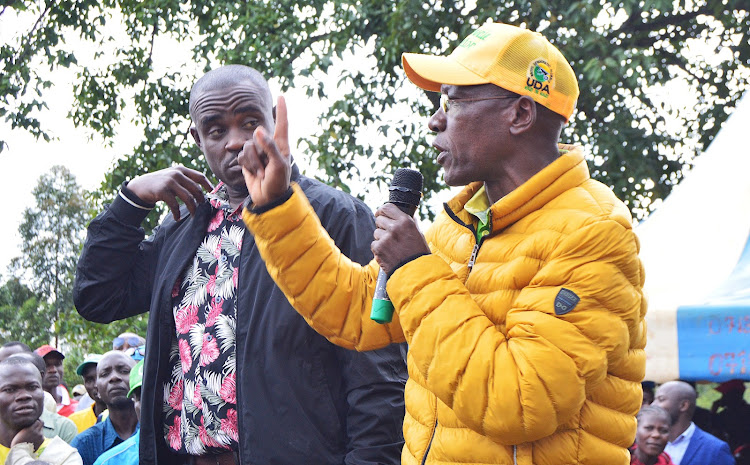 This, he said, will help in creating a strong Kenya Kwanza government and enable a push for development.

Khalwale was speaking at Mutsuma grounds in the Malava constituency during the homecoming of Beatrice Inyangala who was nominated by Senator Cleophas Malala as his deputy governor candidate.

Khalwale who also sought votes for his  Senatorial bid for Kakamega said there are many benefits that come with a six-piece voting pattern in an election. 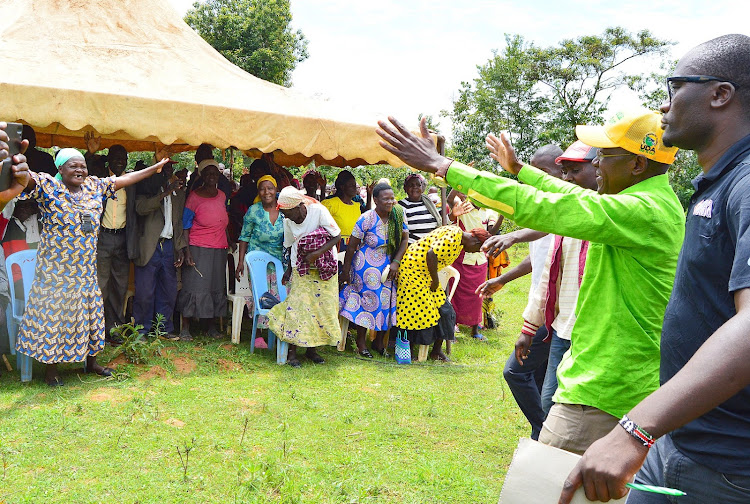 “As I stand before you today, I want to ask you to elect me as your Senator. It is a great honour to elect me as the Kakamega Senator, but if you elect me alone and leave other leaders from the Kenya kwanza coalition it will be an uphill task for me to push for development."

"I’m beseeching you that as you elect me Senator, do so for William Ruto on the presidency, Malala for Kakamega governor and the same for the Members of Parliament and Members of County Assembly (MCAs).” 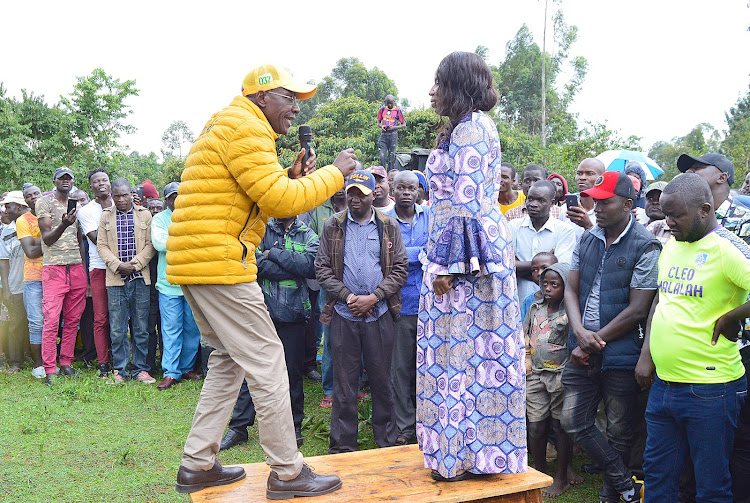 However, Khalwale opined that the move by UDA and ANC to field candidates for the same positions will dilute the coalition’s vote and may give a leeway for their competitors to garner many seats on August 9.

“I’m telling you, I know these things very well. If we are not careful and if we do not sort out the issues, we will disadvantage ourselves.” 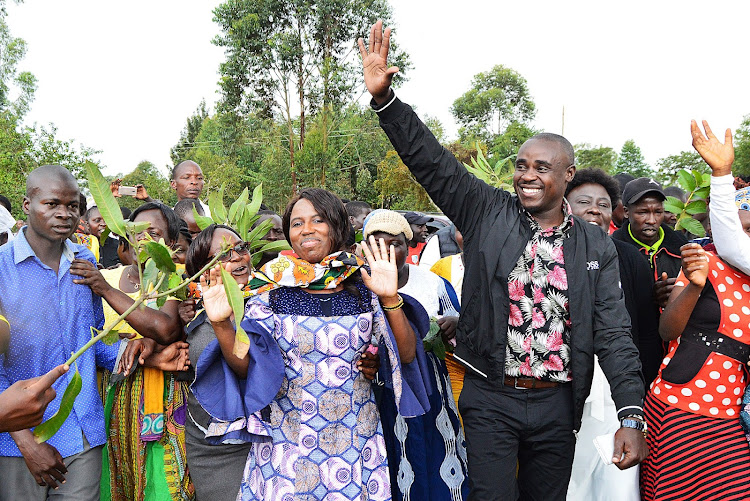 On his part, Senator Malala who was in attendance stated that choosing Inyangala was an indication that his government will accommodate both genders equally.

“When I give a position to one man, I will also give one position to the opposite gender. When we shall advertise for the enforcement officers’ jobs we shall recruit half males and the other half females. The same will apply for many other positions in the county government,” he promised.

Inyangala stated that her agenda for the people of Kakamega will be to treat each person regardless of gender, age, or clan with an equal touch in order to transform the lives of the Kakamega people. 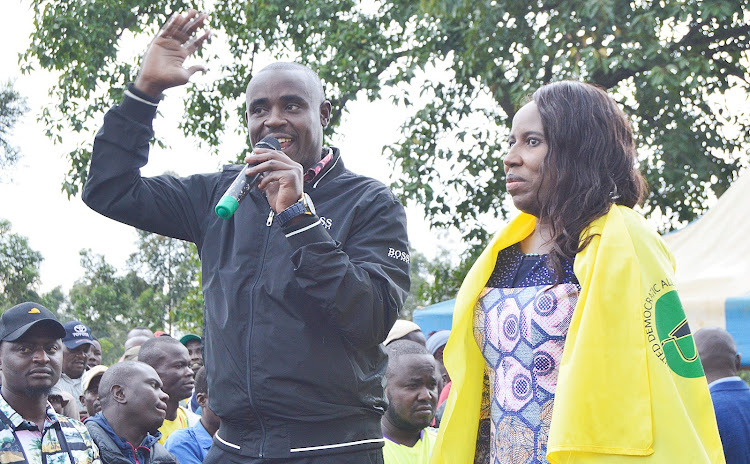 “We shall form groups through which we shall allocate funds with which members will borrow and run their businesses for economic empowerment. The county government will allocate Sh5 Million for each ward for these groups," she said.

"We want our people to be economically empowered by involving in Poultry and Dairy farming, horticulture farming and other small businesses for them to have money in their pockets.”

Lugari MP says rumours doing rounds on social media are cheap propaganda against his candidature
News - Page 1
1 week ago
“WATCH: The latest videos from the Star”
by CALISTUS LUCHETU Correspondent, Kakamega
Western
10 May 2022 - 22:13