He has doubled his efforts moving around the nine constituencies appealing to residents to reelect him in August. 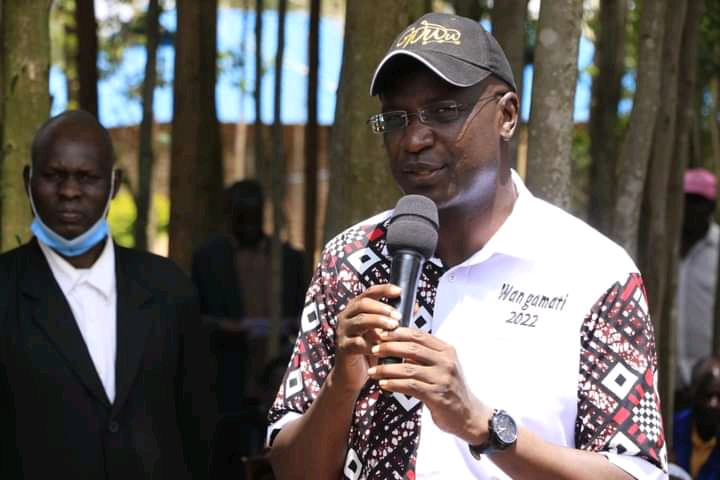 Bungoma Governor Wycliffe Wangamati is highlighting his development record to convince voters to reelect him.

With the entry of Senate Speaker Ken Lusaka in the race, Wangamati has doubled his efforts moving around the nine constituencies appealing to residents to reelect him in August.

The seat has also attracted businessman Zachariah Barasa, who has maintained he will run on the UDA party despite apparently being sidelined by Deputy President William Ruto-allied legislators in Bungoma.

Governor Wangamati is seeking to maintain his position as the county boss of the DAP-K party associated with Defence CS Eugene Wamalwa.

Speaking in East Sang'alo on Thursday, Wangamati said he has done much that qualifies him to be reelected as the county boss.

He cited the scholarship programme, dual carriageway, water projects, NHIF programme, the eye hospital and 300-bed maternity wing as his milestones to change the face of Bungoma.

"When I became the governor, Bungoma was in ICU. I tried my level best and brought it back to the limelight. I want to humbly ask you to back my reelection," he said, adding that if elected he would do much better.

Wangamati said in his second term he would focus on initiating manufacturing industries to offer jobs to unemployed youths.

He also said he would expand the scholarship kitty to ensure that bright but needy students fully benefit to access education.

"Last year, the county government awarded 3,000 scholarships to bright but needy students. This time round I will increase it to 5,000," Wangamati said.

He assured that the scholarship vetting committee will be fair, affirming that every student who will qualify will be given a scholarship.

Wangamati said he will partner with other scholarship schemes to map and support needy students' access to education.

Speaker Lusaka says that he has come to finish the projects he started while he was the governor, citing negligence by the current administration.

"I have come to continue with my work as the county boss since I left here. Residents have really suffered. I promise to change Bungoma," Lusaka said.

UDA's Barasa has urged Bungoma Senator Moses Wetang'ula to stop imposing leaders on the people but instead allow the reisdents to choose.