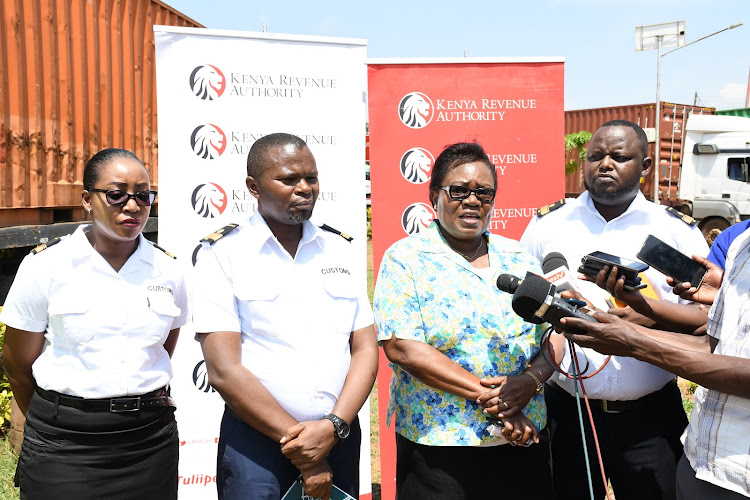 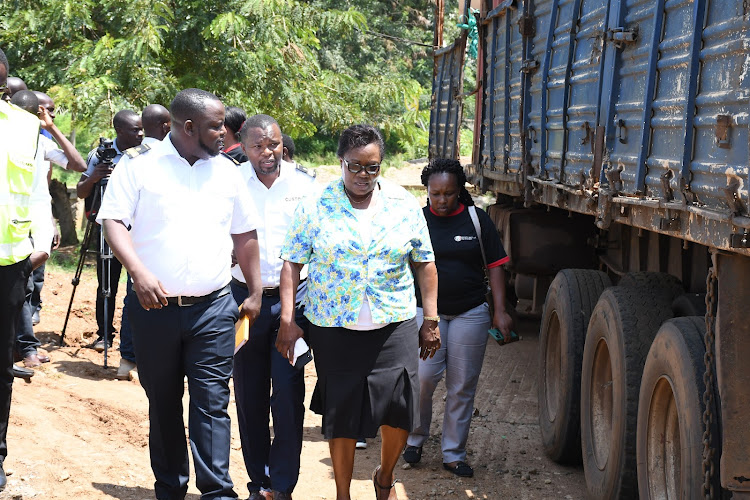 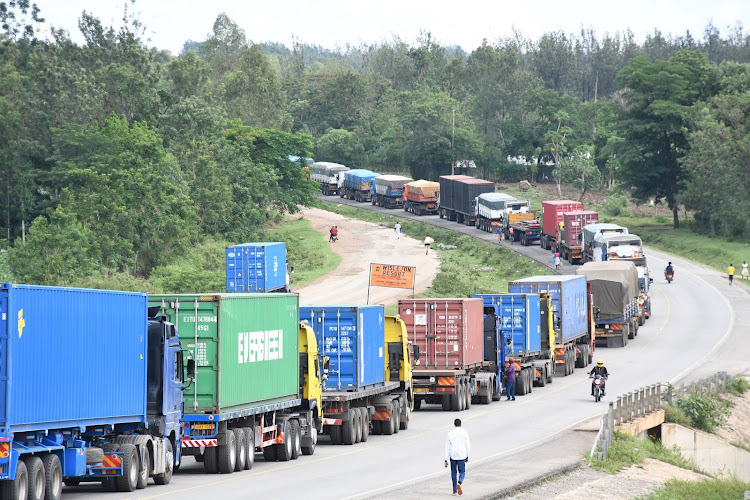 LONG QUEUE: A long queue of cargo trucks at the Kocholya bridge near Amagoro town on April 1, 2022. Part of the expansion plan is to ensure traffic congestion reduces at the border
Image: EMOJONG OSERE

The taxman said the expansion is meant to ease occasional congestion experienced at the Malaba customs yard during heavy traffic.

The development, KRA said, is aimed at creating sufficient space to facilitate easy service delivery by the multiagency teams operating at the border.

The border post handles at least 80 per cent of cargo that leaves the Port of Mombasa destined for Uganda, Rwanda, Burundi, DR Congo and South Sudan.

KRA regional coordinator for Western Pamela Ahago told journalists on Wednesday design works for the expansion are being worked on.

She said Malaba OSBP has adequate land to facilitate the expansion.

Part of the new investment will entail diverting cargo trucks to a new exit point currently under construction.

Incoming vehicles, after completion of the diversion, will use the lane that cuts through the OSBP, she said.

“There is need to expand the OSBP. We have a government multiagency team that has been constituted and that team is looking into the expansion plan,” Ahago said.

“Currently they are working on the design works and the team is also looking for resources to enable the expansion of the border facility.”

Ahago was speaking at Malaba OSBP during a media sensitisation tour on the operations of the One-Stop Border Post.

The regional boss also said Malaba OSBP is projected to raise at least Sh4.5 billion in revenue this financial year.

Ahago attributed the growth in revenue to the establishment of the OSBP, which she said enabled the centralisation of critical government services at the border.

The introduction of the OSBP resulted in technological transfer which attracted more people to use the new investment to ease cargo clearance, which Ahago said led to increased revenue.

At the close of the 2014-15 financial year after the establishment of the OSBP, Malaba managed to collect Sh1.48 billion in revenue up from the Sh1.093 billion the border had projected to accumulate.

The collections were done before the introduction of the OSBP.

But the border’s revenue streams began to stabilise after the launch of the OSBP.

In the 2015-16 financial year, for instance, revenue collections stood at Sh1.36 billion.

The revenue shot up in the subsequent financial year to Sh1.51 billion before it sprung up again to Sh1.6 billion in the 2017-18 financial year.

The drop in revenue was attributed to the Covid-19 pandemic that greatly impacted cross border trade.

Ahago said KRA and other agencies stationed at the border have instituted stricter measures to fight smuggling along the border.

Illegal importation and exportation of goods are among economic ills that have for long denied the government revenue, she said.

“We have inland checkpoints which we have been mounted along the corridor and the road coming from the border. And with this we are able to deter smugglers trying to cross through,” she said.

“Malaba OSBP collects 100 per cent compliance revenue. However, we still have some challenges outside the OSBP because of the illegal routes,” he said.

“However, we have joined patrols, including the Kenyan and Ugandan governments, and that has allowed us to bring back quite a significant number of people that would otherwise use such illegal routes.

Ahago also attributes the delays at the border to incompletion of a loop road that connects the OSBP to Uganda.

“The loop road that goes to Uganda was incomplete, but so far, we have tried to solve that problem," she said.

"Our staff work for 24 hours to ensure that congestion is reduced in less than 24 hours.”

She spoke three years after a Senate Committee on Roads expressed dissatisfaction with the state of the Malaba OSBP.

The committee was on a tour of the OSBP in November 2019.

Malaba: Where blood, culture and business bring together Kenyans and Ugandans

Malaba has for a long time enjoyed peace to enable its steady growth over years.
Counties
9 months ago

Ochieng says technology should be used to clear the traffic snarl-up experienced at the border points.
Counties
1 year ago
“WATCH: The latest videos from the Star”
by EMOJONG OSERE Correspondent, Busia
Western
07 April 2022 - 22:00