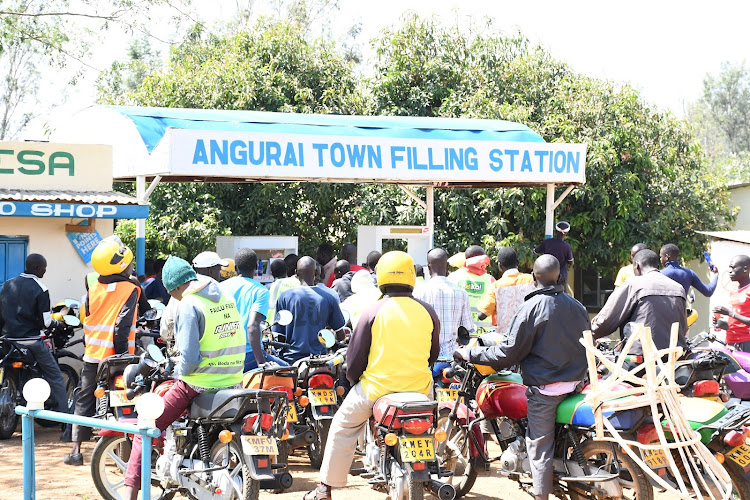 SHORTAGE: The only fuel station that had fuel in Angurai town on April 4, 2022 evening.
Image: EMOJONG OSERE 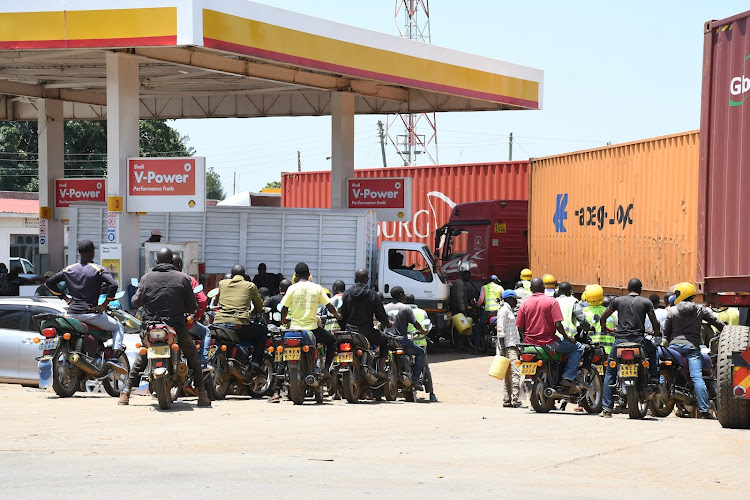 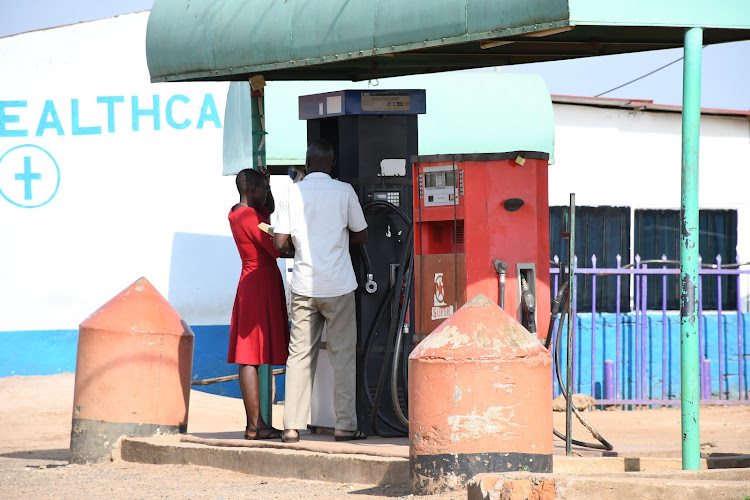 Motorists in Busia have been hit hard by the ongoing fuel crisis in the country as the price of petrol hit Sh220 a litre on Tuesday morning.

Traders taking advantage of the crisis are buying fuel from Uganda and selling to Kenyans at exorbitantly high prices.

The price is not negotiable.

The traders travel for over 20 kilometres into Uganda to buy the petroleum product.

No filling station in Malaba-Uganda has had fuel since Friday.

The nearest pump station where Kenyans along the border can source for fuel from the East African country is in Tororo town, about 25 kilometres from Malaba.

In Malaba- Kenya, only one out of the eight filling stations  had fuel, although inconsistently, for the last two weeks. The rest of the pumps are dry.

On Tuesday morning when the Star was in the town, petrol that had been delivered at Shell petrol station on Monday morning had been finished. Motorists were on standby waiting for the company’s next delivery.

In Busia town, only Total petrol station had fuel on Monday morning. By evening the pumps at the station were dry.

Motorists in Malaba and Busia towns on Monday said they were waiting for President Uhuru Kenyatta’s intervention to ease the crisis.

They said businesses that entirely depend on petroleum products  were crumbling.

The boda boda sector is among industries hit hard by the crisis.

Commercial motorcyclists who cannot afford the high petrol prices are no longer in business.

Those still in operation have been forced to double their charges on passengers.

Before the fuel crisis began, passengers travelling from Malaba to Busia town paid Sh250 on boda boda. The travelling charges have hiked to Sh500.

Those travelling for short distances, from Malaba to Amagoro for example, now pay Sh80 up from Sh50 before the fuel shortage began.

People travelling from Malaba to Angurai are now paying between Sh200 and Sh250 up from Sh150 that boda boda riders charged before the crisis started.

“The President should come in and help us. Otherwise if this situation continues, our families may start sleeping hungry,” Ishmael Omusolo, a boda boda rider said in Malaba town.

He said the government should identify people hoarding fuel to cause crisis with the objective of increasing petrol price.

He said such people should be punished.

The programme is aimed at cushioning Kenyans from the high cost of fuel.

The move came as a relief to Kenyan motorists across the country who have been queuing for long hours over the past weeks as filling stations run out of fuel.

Businesses have been hugely affected by the crisis even as the government maintained that there is enough fuel in the country.

In downtown, cars lay abandoned at petrol stations after they ran out of fuel.
Counties
2 months ago

Fuel is already expensive because of taxes, and now pumps are dry.
Counties
2 months ago

Fuel crisis has lowered their income, they are now defaulting from paying the Sh370 daily amount
Counties
2 months ago
“WATCH: The latest videos from the Star”
by EMOJONG OSERE Correspondent, Busia
Western
05 April 2022 - 22:00