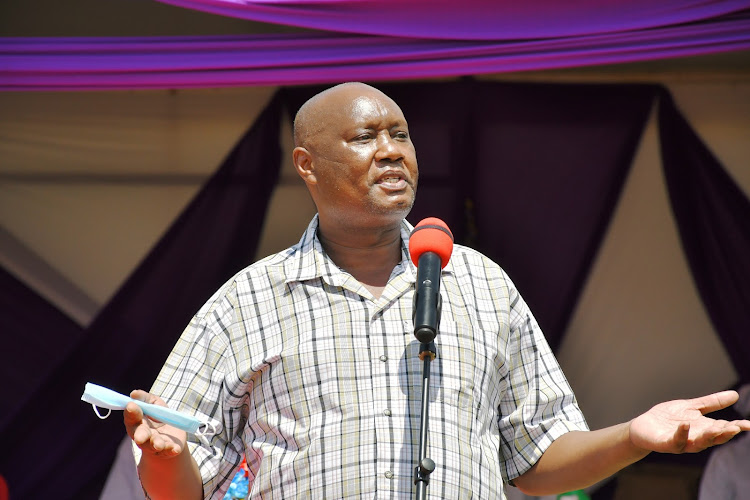 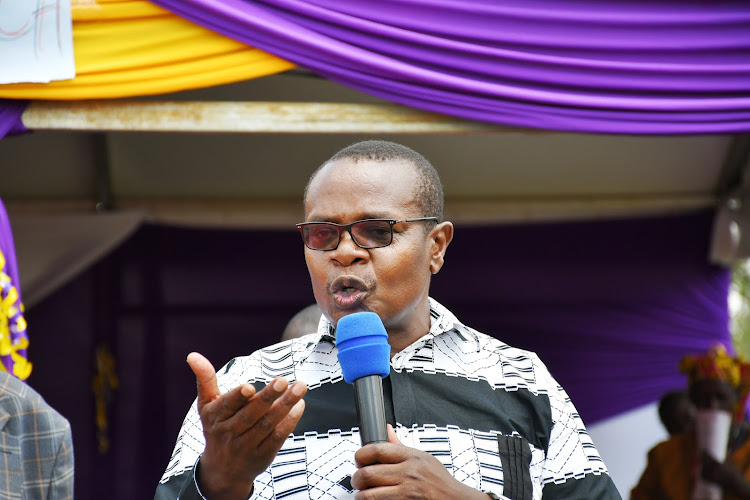 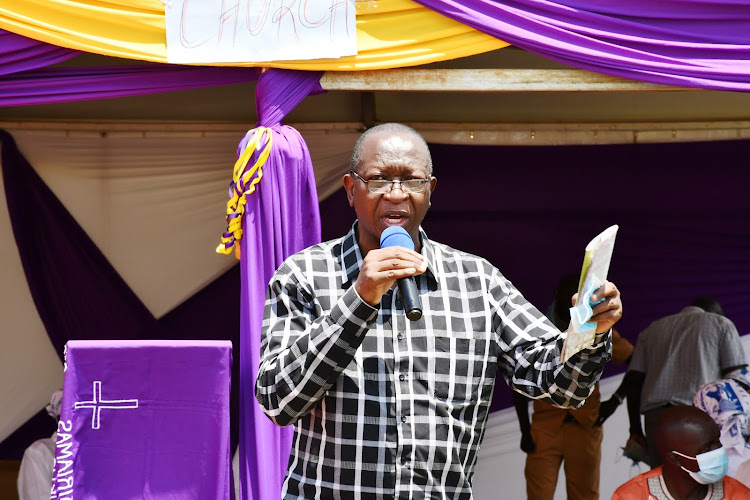 ON THE BALLOT: Deputy Governor Moses Mulomi. He is hoping to succeed Ojaamong in 2022.
Image: EMOJONG OSERE 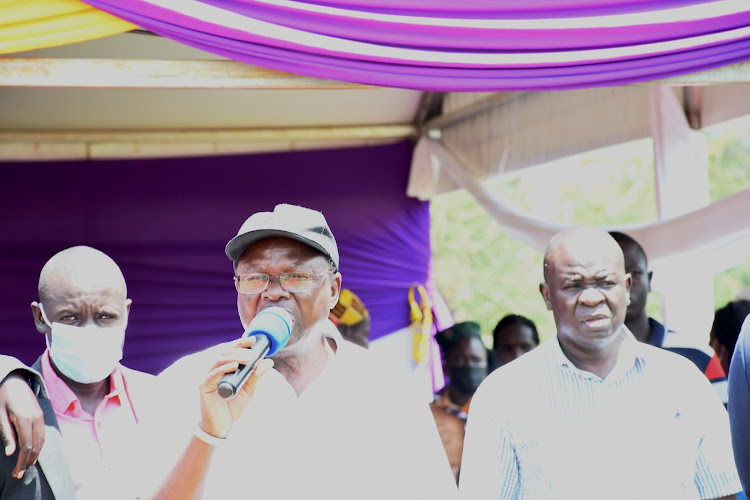 A funeral in Busia has brought together some of Busia’s longtime political rivals.

This was during the funeral service of Angorom Primary School deputy headteacher Milly Nafuna Isogol in Teso South subcounty.

Ojaamong defended the governor’s seat against Otuoma in 2017 in a hotly contested election that ended up in court after Otuoma challenged the county chief’s re-election.

The two, before the August 2017 General Election, had faced off during the ODM party primaries.

Ojaamong defeated Otuoma in the nominations. The former MP contested the county chief’s victory alleging that the ODM life member had bribed his way to victory.

Otuoma’s contest for the nomination results led to violent protests in Busia town and Funyula, Otuoma’s political backyard, as he called for a repeat of the nomination process.

Police had a rough time calming Otuoma’s supporters who claimed their victory had been stolen.

On Saturday, the two leaders played down their political rivalry only to call on Busia residents to maintain peace during elections.

Otuoma, during the funeral, reiterated his intention to vie for governorship in 2022 and expressed confidence that he will win.

The former Funyula MP left ODM after the violent party primaries ahead of the 2017 polls.

The Star, has however, established that he returned to the party as a lifetime member.

Otuoma has declared he will participate in the ODM nominations as the country prepares for next year’s elections.

Whereas Mulomi is an ODM member, Bunyasi is from Musalia Mudavadi’s Amani National Congress party.

Mulomi and Bunyasi are set to face off during the ODM party primaries.

ODM has so far attracted three contestants in the race for governorship: Otuoma, Mulomi and Woman Representative Florence Mutua.

The party is expected to stage one of the fiercest contests in the county.

Otuoma said on Saturday, he will bank on the votes in Teso to ascend to the seat of governor.

He said Busia residents must maintain peace for development to be realised at the border county.

Ojaamong said he had left a remarkable development and peace legacy that the next governor must uphold.

Mulomi said it was important for leaders to embrace unity for purposes of prosperity.