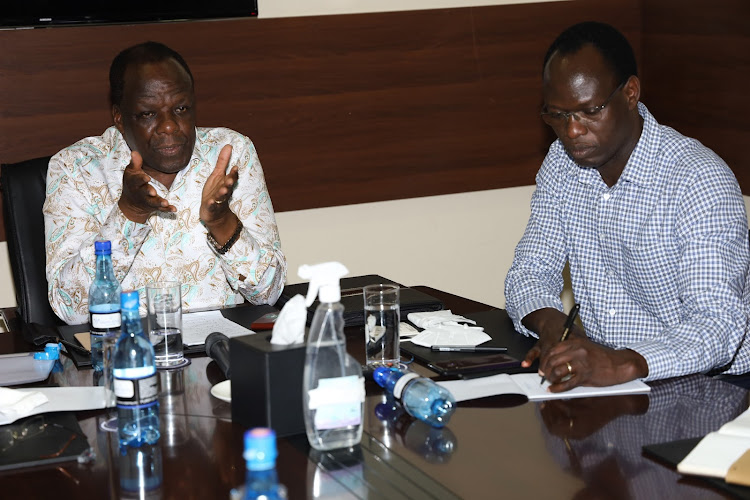 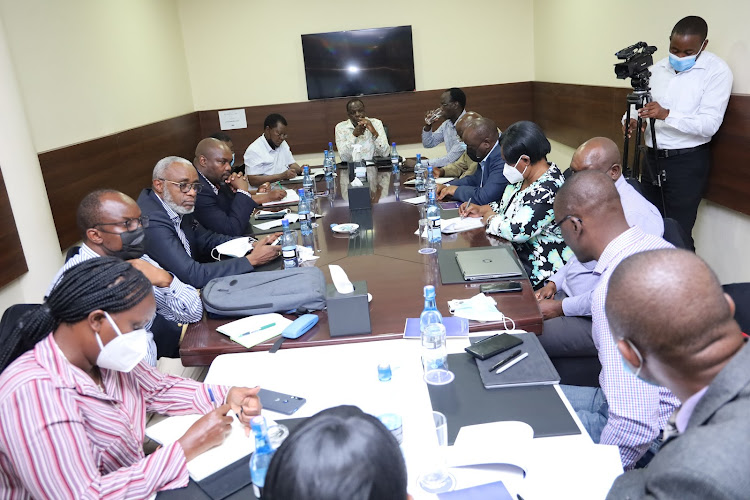 Officials from the Fresh Produce Exporters Association of Kenya and Fresh Produce Consortium of Kenya during a meeting in Governor Wycliffe Oparanya's office on Tuesday
Image: HILTON OTENYO

Kakamega county has started a programme to promote horticulture to end farmers' overreliance on sugar cane.

The county’s economy depends on sugar cane farming as the main cash crop, but it’s not performing well at the moment due to the challenges facing the subsector.

The situation was worsened by the collapse of the Mumias Sugar Company three years ago.

The county government last Tuesday signed an MoU with the Fresh Produce Exporters Association of Kenya (FPEAK) and Fresh Produce Consortium of Kenya (FPC-Kenya) to promote horticultural programmes and explore the export market.

Governor Wycliffe Oparanya said under the programme, farmers in the county will be brought together in groups, trained on agribusiness ideas and helped to export their produce after harvest.

“The partnership will go a long way in spurring agribusiness that will improve both exports of produce by farmers and regional economies and put more money in the pockets of farmers,” he said.

The governor said the county largely relies on agriculture as the main source of livelihood, but the horticulture subsector has not been fully exploited despite the huge potential.

Oparanya met officials from the national government and the private sector, led by FPC-Kenya CEO Okisegere Ojepat, in his office on Tuesday.

Ojepat said the county has favourable climate and soil for horticultural activities that will help improve food production with better returns for their efforts.

“The programme will be a game changer for farming in the region,” he said.

There is growing consumption of value added products, especially in urban areas. Certified and branded organic produce and products are in high demand locally and export markets.

A report by a task force on horticulture appointed by Oparanya in 2014 revealed that the county has production potential for a wide range of horticultural crops due to the existence of diverse agro-ecological zones.

The report says that the 355,679 households in the county spend Sh12 billion annually on consumption of fruits and vegetables.

Oparanya said the programme will be scaled up to the Lake Region Economic Bloc to help address food insecurity and alleviate poverty.

The county government has been promoting dairy, poultry and fish farming as alternative sources of income for farmers.

To support farmers' access to affordable credit, the county has put Sh100 million in the Kakamega Micro Finance Agency, where smallholder farmers will borrow at lower rates than commercial banks.

This National Horticulture Policy envisages a sustainable industry growth and development to enable it to contribute to food and nutrition security, provide raw materials for processing, compete favourably in the export market and earn more foreign exchange.

Attainment of these objectives will contribute to increased income and employment for various horticulture value chain actors and generally contribute to the broader economic goals as envisaged in Kenya's Vision 2030.