Collect your IDs to help register as voters - Matiang'i

Matiang'i said they absolutely have no business having them lying in boxes.

• He said low turn outs in the ongoing voter registration centres largely has something to do with lack of the crucial documents among the youth.

• The CS said he remains apolitical, adding that his role would be helping the President on his development agenda for the country. 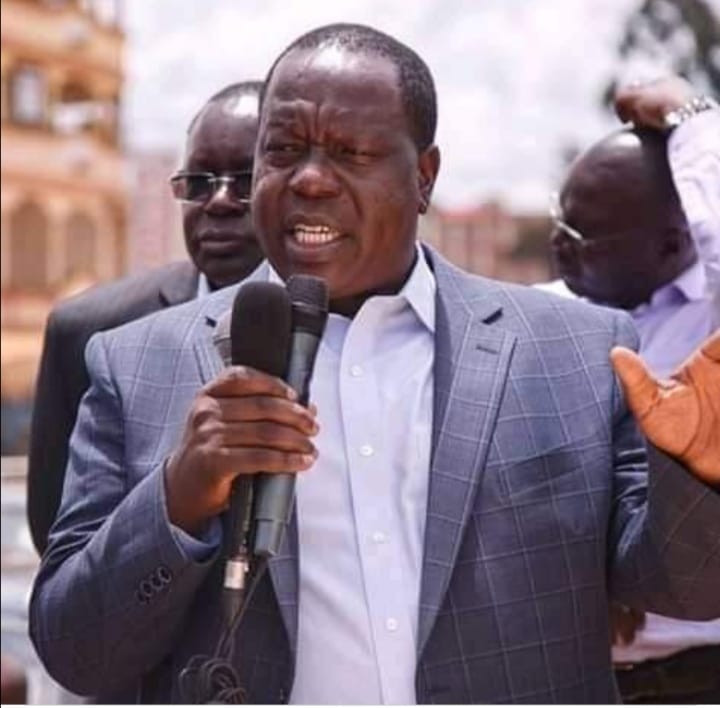 Interior Cabinet Secretary Fred Matiang'i wants all Identification Cards lying at Huduma Centres collected by the applicants to help them register as voters.

He said low turn outs in the ongoing voter registration centres largely has something to do with lack of the crucial documents among the youth.

"They (IDs) belong to you, come to the centres and collect them so that you can register as voter. We absolutely have no business having them lying in boxes," Matiang'i told journalists after a Sabbath service at Nyamesocho Seventh Day Adventist church in Gesusu, Masaba South Sub-County.

Leaders accompanying the CS to the service, however, scoffed at the impeachment motion Nyali MP Mohammed Ali plans to sponsor against him.

They described the motion as one calculated to distract the country from the challenges facing it at the moment.

"As legislators who had been supportive of the role he plays, we would not back any censure motion against him," Arati said.

He added that the country was already experiencing relative peace since Matiang'i took the helm as Interior CS.

"Matiang'i's record is an open book, something is not right with whoever is sponsoring such motions," Arati said.

The ODM legislator said Matiang'i was being fought left, right and centre for standing up against corrupt cartels who are fleecing the national coffers.

"These cartels must be dealt with and we will continue to stand with him no matter what," he added.

Matiang'i separately supported calls for the Gusii unity bid ahead of the polls.

The CS, however, said he remains apolitical, adding that his role would be helping the President on his development agenda for the country.

"Many people are asking me where I am politically. What they should know is that where President Uhuru Kenyatta stands, I am just next to him and now he is working with former Prime Minister Raila Odinga and I listen to their direction over many issues," Matiang'i said.

Arama urged the community to pull together in order to increase its bargaining power.

Only 1,020 people have registered as new voters in Nyeri