How Busia nutritionist plans to feed children in five counties 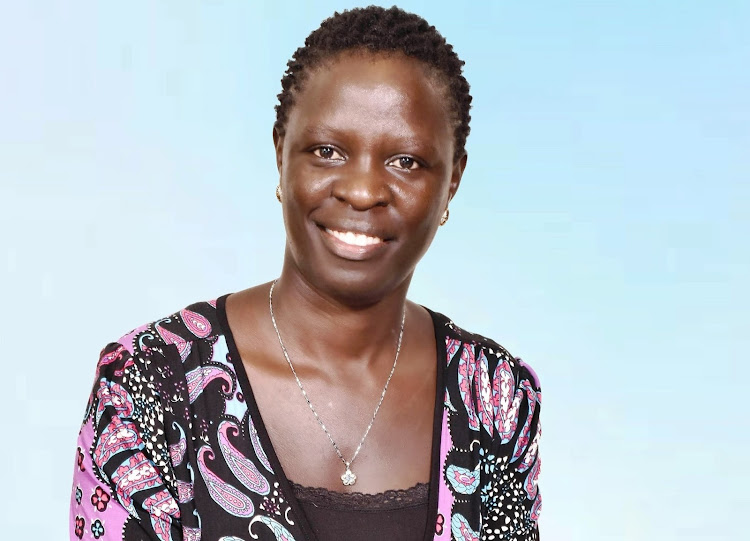 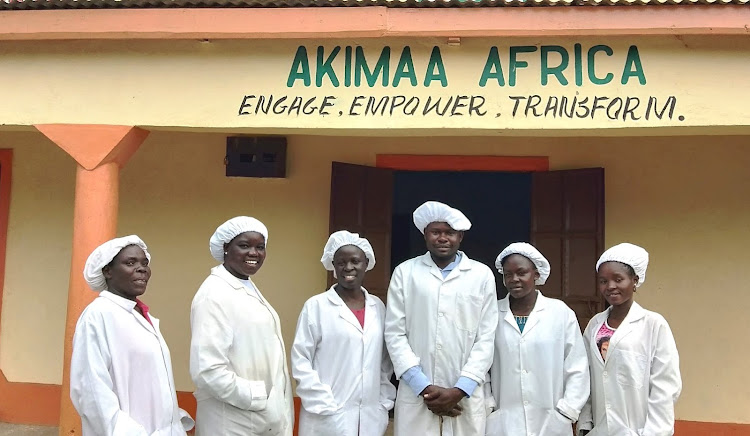 UNITED FOR A COURSE: Etyang with her employees at their Amagoro, Teso North, office
Image: EMOJONG OSERE 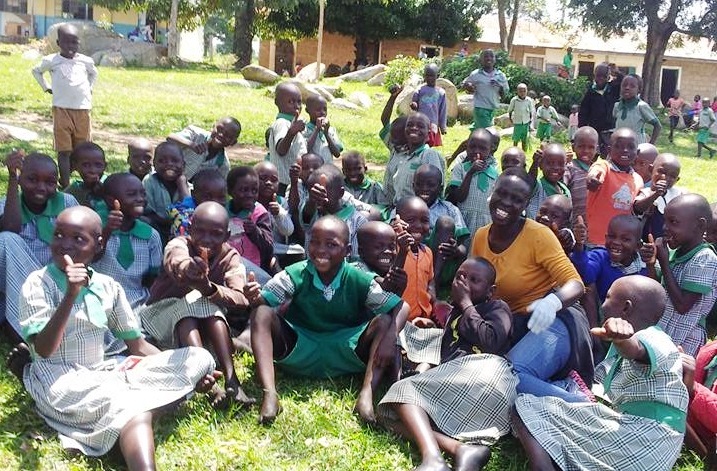 HAPPY: Etyang with some of the beneficiary pupils of her feeding programme.
Image: EMOJONG OSERE

Some children fail at school or drop out because they do not eat well at home? How can they be helped? That's the question that got a young nutritionist in Busia thinking.

Irene Etyang is the executive director of Already Foods. She is a University of Nairobi graduate of Food Science and Technology. The 33-year-old investor has launched an ambitious plan to feed schoolchildren in five counties.

Etyang told the Star the objective of the initiative is to ensure pupils who come from homes with insufficient food receive instantly prepared nutritious meals while at school.

She said poor nutrition is among obstacles to quality education for many children.

Under the Nutrition to Unlock Little Champions programme, Etyang is currently conducting research to develop highly nutritious foods ready for consumption with a focus on schoolchildren.

Pupils in pre-primary classes in 30 selected institutions in 30 subcounties in Busia, Kisumu, Turkana, West Pokot and Baringo will benefit.

Five subcounties from each county will be enrolled in the programme, covering six schools in each subcounty.

The five counties are ranked among devolved units with high school dropout rates in the country.

Etyang said there are plans to roll out the plan to bring on board pupils in grades 1-3, depending on the success of the programme with pre-primary learners.

She said her company will commit 10 per cent of the profits it makes by selling her products to the feeding programme.

The entrepreneur said she is also building partnerships with key stakeholders in the education sector to strengthen the initiative.

"Nutrition to Unlock Little Champions is a novel school feeding programme that seeks to support school-going children with our nutritious instant foods during their schooling period,” Etyang said.

“Parents feed their children, but sometimes because of the many challenges they face, this feeding is unsteady. Their feeding programme is slowed down due to their economic status. This lack of steady feeding has adversely affected school enrolment".

She said a nutritious meal at school would enhance the health of pupils, boost enrolment and improve pupil-teacher relations.

She said Busia, Kisumu, Turkana, West Pokot and Baringo counties were selected for the programme because of their poor primary school enrollment.

Lack of enough food is one of the primary reasons pupils in these counties stay away from school.

“There are probable contributing factors to this undesirable result, including lack of adequate infrastructure, learning tools and materials, unmotivated teaching staff and poor parental support. But one crucial factor that has escaped the attention of education sector stakeholders and policymakers, yet is the most modifiable, is nutrition.”

She said with partnerships with other education industry players including beneficiary schools, the Ministry of Education, non-governmental organisations in education and nutrition as well as her company clients, the programme will be rolled out to more schools in counties classified as hardship zones.

Etyang said Already Foods is determined to ensure that the school feeding programme in the selected learning institutions is a success to the benefit of the learners.

The pilot NuTULIC project, she said, aims at supporting children under the age of five in selected public primary schools with local nutritious foods for three days a week.

“The age of five is critical for physical, cognitive and socio-emotional development, a necessary development for full and balanced growth and maturation. These children should therefore be provided with nutritious foods during this critical development stage of their life, for immunity, learning and growth,” she said.

“When essential nourishment is not supplied especially for school going children between the age of 4-5, it may result in poor health and low school adherence, which will ultimately lead to disturbed learning hence poor academic performance at this age and later on through their schooling time.

“We are determined to reverse this potentially disastrous outcome by supporting pupils nutritionally through NuTULIC programme, which will improve their education outcome so that they are true champions in academics and sports.”

Etyang said given the importance of education in acquiring skills for social and economic development for a secure society, the feeding programme could be a key mechanism that will help improve the quality of life at the grassroots.

She said poverty is among the leading causes of undernutrition especially in the Western Kenya region, which largely depends on agriculture.

One of the products her company deals in is millet chocolate, which contains calcium, a nutrient that is essential for people with problems with the bones, proteins, fibre, fat, carbohydrates, iron, zinc and phosphorus.