MP Omulele demands answers on use of Sh.6bn Vihiga cash

He said residents deserve to know how their money is spent.

• Omulele said Ottichilo must deliver on his promises.

• The lawmaker was speaking on Saturday at his constituency offices where he issued Sh37.5 million bursaries. Luanda MP Christopher Omulele wants Vihiga Governor Wilber Ottichilo’s administration to explain how it has used the Sh6 billion it got from the Treasury.

He said residents deserve to know how their money is spent. "I know how much they receive and I must tell you, my people."

Omulele's concerns come as the county waits for a court ruling on the 2021-22 budget. The executive was accused of not following the procedure while preparing the estimates.

Wodanga MCA Vincent Atsiaya said the majority of executives and chief officers have been in the assembly defending their allocation.

Omulele said Ottichilo must deliver on his promises. The lawmaker was speaking on Saturday at his constituency offices where he issued Sh37.5 million bursaries.

"Some 7,500 learners will benefit from this money, and beneficiaries will receive their cheques in respective wards,” he said.

“That will help us to avoid congestion at the CDF offices in this amid of Covid-19 pandemic and it will also ease the cost of travel as well."

Omulele wants the county assembly to increase bursary allocation to support more needy learners. He said Ottichilo, being a scholar, should do his best to ensure the county produces more scholars and professionals.

"The Sh,1,000 they are currently giving our children is unfair unless they want our children to become witch doctors,” he said.

"Don’t use our money to educate your family abroad, even God cannot bless those kids.”

He said Luanda people have not felt the impact of the county government, thus cannot protect its leadership.

The MP is eyeing the governor seat and will run against Ottichilo. He spoke in his constituency where he issued a cheque of Sh25.9 million. He said he is ready to face off against the incumbent and will leave nothing to chance.

"I have to finish my projects so that the incoming MP will start his/her own projects. The person who will take over should not start talking of stalled projects,” he said. 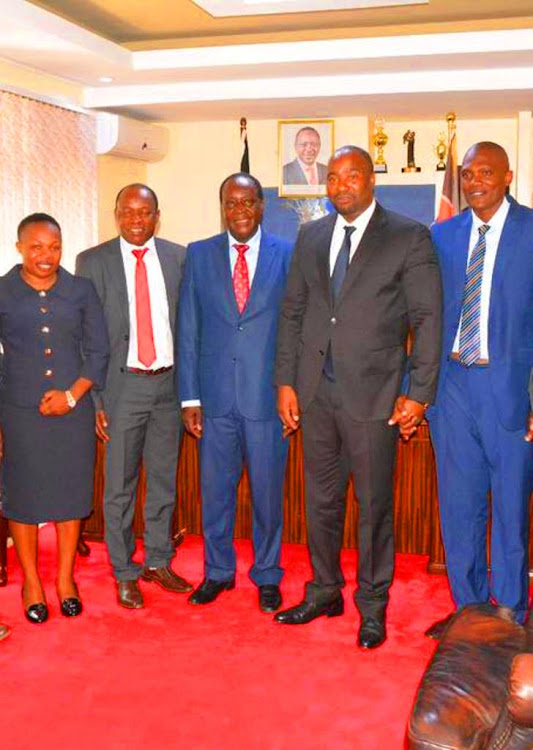