Osotsi tells Ndeda to go vie in Nandi, not in Vihiga

Ndeda had earlier asked Vihiga residents to support his bid as he was their son from Hamisi constituency.

• Osotsi has also declared interest in the Vihiga Senate seat.

• Incumbent Vihiga Senator George Khaniri has announced that he will not defend his seat next year. 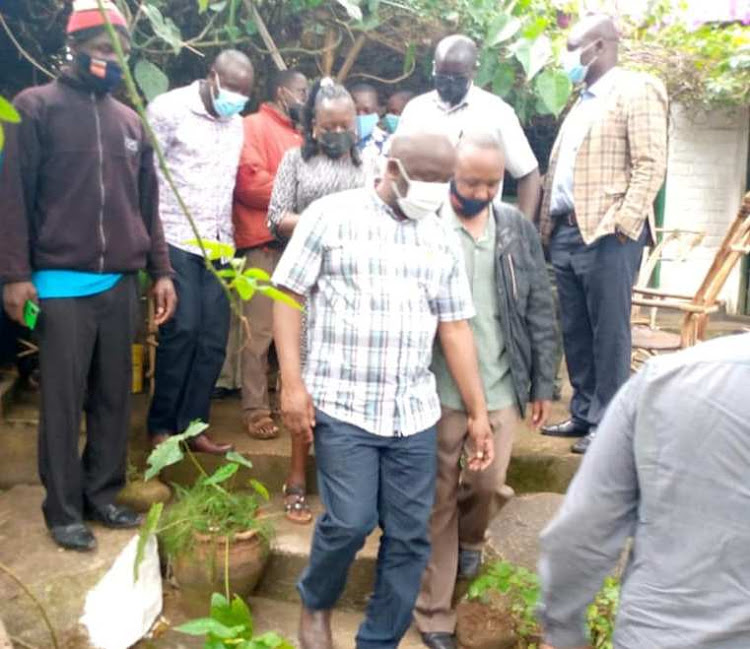 Nominated MP Godfrey Osotsi has criticised a politician eyeing the Vihiga senator's seat next year, saying he should go and vie in Nandi county.

Osotsi was responding to Babira Ndeda, who had earlier asked Vihiga residents to support his bid as he was their son from Hamisi constituency.

"I am from Hamisi and I am seeking to become your senator. I ask you and even Osotsi to support my bid. I also ask you to support ANC leader Musalia Mudavadi to become the next President of Kenya," Ndeda had said.

But Osotsi told Ndeda, who vied for the Emgwen MP seat in 2017 but lost to Alex Kosgey, to go and fly the ANC flag in Nandi county and drum up support for Mudavadi there.

"You are telling us to vote for our brother Musalia for President, yet you want to go to Vihiga county to contest for the senator's seat, who will run the campaign for him [Musalia] in Nandi?” Osotsi posed.

Osotsi has also declared interest in the Vihiga Senate seat.

The MP urged Vihiga residents not to be hoodwinked by people who have no agenda for the county.

“We are seeing people running right, left and centre to contest here in Vihiga. Why don’t they just contest in their respective counties and sell Mudavadi’s agenda there?” Osotsi asked.

"The Senate is a serious place that needs serious minds to match the likes of senators James Orengo (Siaya), Mutula Kilonzo Jnr (Makueni), Amos Wako (Busia) and others to defend devolution."

Osotsi said it is time voters evaluated the leaders they want to elect, from MCA, MP, Woman Representative, senator to governor.

“Elect people who understand what you need. Those are the people who will deliver for Vihiga,” he said.

Incumbent Vihiga Senator George Khaniri has announced that he will not defend his seat next year.

Khaniri, a source told the Star, is interested in succeeding Governor Wilber Ottichilo.

But Ottichilo has told those eyeing his seat to prepare well because it will not be a walk in the park.