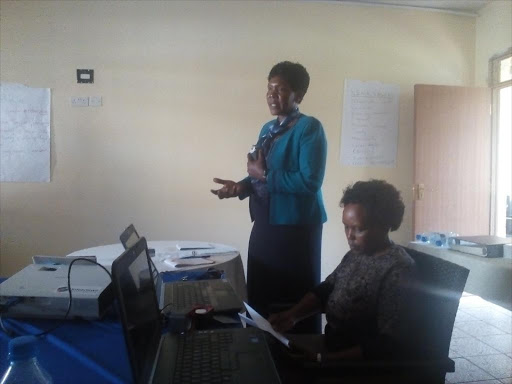 Religious leaders in Bungoma have been accused of abetting teenage pregnancy by preaching against giving them contraceptives.

Bungoma county head of nurses Gertrude Wanyonyi said efforts by the county Health ministry to give family planning drugs to teen girls has been criticised by religious leaders. She spoke at a hotel on Monday during the opening of a week-long training for Bungoma journalists on health reporting.

Wanyonyi said religious leaders believe it is wrong to give family planing pills to girls because they say it will increase their chances of indulging in sex more frequently, knowing they will not become pregnant. She said cases of teenage pregnancy have increased compared to previous years.

The cases are so many in the nine constituencies that it must be declared a county disaster. Wanyonyi said some of the culprits are teachers, politicians, brothers, fathers, close relatives, boda boda operators and security agents.

“A recent survey we conducted across the county on cases of teenage pregnancy showed that in Kimilili, there were 1,500 cases of young girls aged between nine and 19 who dropped out of school due to early pregnancy,” she said. Wanyonyi said the biggest challenge across this county is having the efforts frustrated by the clerics.

“We got this when we were disseminating adolescent sexual production policies that will give family planning and counseling to young girls aged between nine and 19,” she said.