New commissioner says it's illegal for chiefs to usurp the duties of advocates. 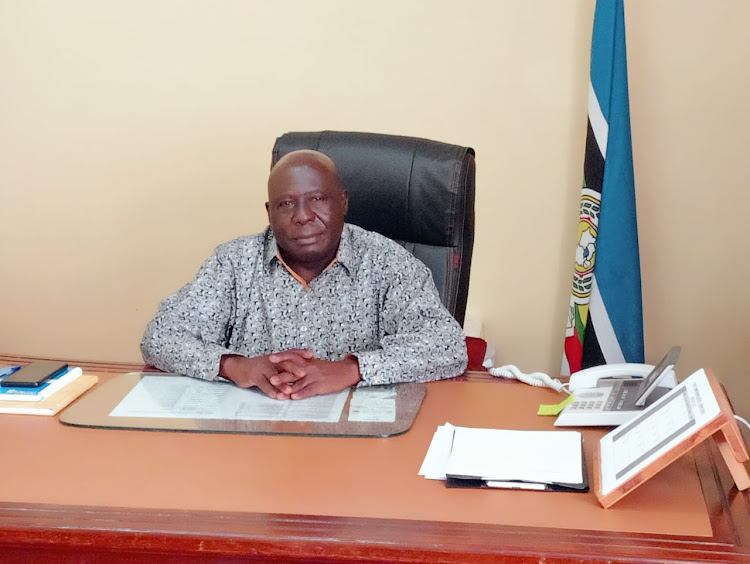 Watikila says the law does not allow them to do so. He said it is illegal under the Constitution for chiefs to usurp the duties of advocates.

He warned that he will take action against those operating outside the pthe law.

The county commissioner made the remarks after taking over on Friday.

“The role of chiefs is to keep peace and help with land disputes without favouring any side. Chiefs are supposed to be neutral in all the disputes in their areas,” Watikila said.

He said that as the government is supporting an alternative justice system in land cases, chiefs should use their experience to sensitise people to the need for the same.

“It has been proven that the alternative justice system works faster than the courts and this is the reason I am calling upon those with land cases in this county to follow the law,” Watikila said.

Without referring to the ongoing land dispute in Kibiko’s 2,800-acre land, Watilika warned those fighting for leadership to use the law in resolving their differences.

“Land issues are very emotive and as members of the provincial administration, we will not allow people to take the law into their hands. People will not fight over land disputes under my watch,” said the commissioner.

There are two warring groups in the Kibiko land tussle and each of them is claiming to be a bona fide elected leader.

The county government is allegedly supporting one side of the warring groups while it's also claimed that elected leaders in Keek-Onyokie are supporting the other opposing group.

Watikila said he wants to participate in providing the solutions to the current standoff in Kibiko and he called on Keek-Onyokie chiefs to provide him with detailed information and the history of the issue.

At the same time, the county commissioner pledged to work closely with all the elected leaders regardless of their political parties.

“I am here to provide peace and ensure that the people of Kajiado live in harmony. I want to assure investors that this is a county they can invest in. We want to clear all land disputes so that investors can feel secure in operating in this region,” he said.

He also called upon all the civil servants not to lose focus on serving the people of Kajiado.

“Delaying government services goes against the principles of government. The people of Kajiado have the right to access all government offices and services,” he said.

He said AJS has resolved many cases in Kajiado that had taken years in courts.
News
1 week ago

The county government wants to get at least 25 per cent of the more than Sh60 billion collected annually from park.
Counties
2 months ago

At the centre of the fights are land, office space, estates and revenue
News
6 months ago

They said residents haven't known peace since the corridor was invaded by land grabbers.
Counties
7 months ago