Relief for residents as Judiciary sets up law court in Lokichar

The court will serve over 153,736 residents of Turkana South. 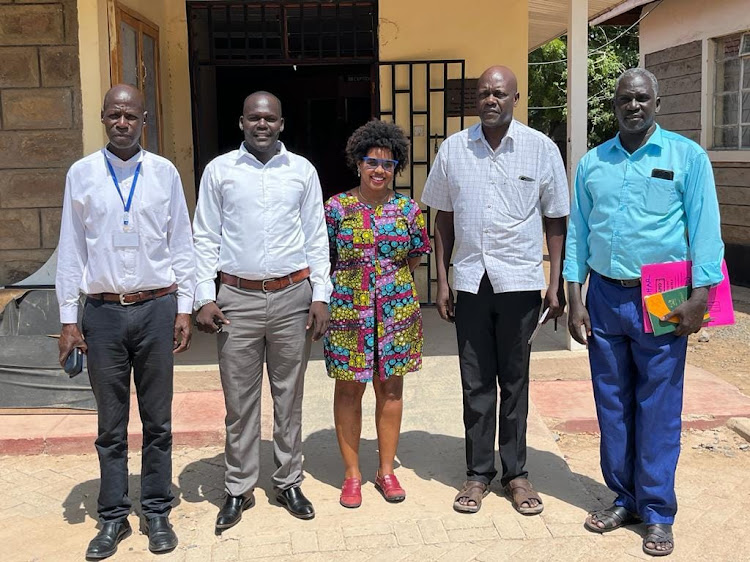 The national government in collaboration with Turkana county have finalised plans to establish a law court in Lokichar to cut the cost of travelling to seek justice.

The move by the two governments will reduce the distance people travel to Lodwar, Kitale and Eldoret to seek justice.

“I pledge the support to the Judiciary team that the county government will provide the necessary documentation required to facilitate the publication of gazette notice of the land in Lokichar for the law court,” he said.

“The Judiciary arm of the national government has bowed to the pressure of Lokichar’s community to establish a permanent court in Turkana South after 10 years of mobile court services from Lodwar court,” he said.

Orimba said the court, once established, will serve Lokori, Kapedo, Kainuk and Katilu. He thanked the community for generously donating 15 hectares of land for the project.

He said his office and that of Lands are working around the clock to ensure the documentation is in place, to facilitate the Chief Justice to gazette the land as soonest possible.

Orimba said plans are underway to establish a permanent law court in every subcounty -in Loima and Lokitaung -in Turkana North subcounties.

The Lodwar law court for now, he said, is serving Kalokol in Turkana Central subcounty and Lorugum and Lokiriama in Loima subcounty in mobile services.

Orimba has asked development partners working in the justice sector in Turkana to support the Judiciary for service delivery to the people.

On the stalled Lodwar High Court, he expressed confidence that once funds are available, the construction of the court will resume immediately.

Most litigants have been waiting online since 9 am to be admitted but to no avail.
News
2 weeks ago

Are reforms needed in the Kenyan criminal justice system?

Businessman Chris Obure's acquittal last week is the latest high profile to be dismissed for lack of evidence.
News
1 week ago
Post a comment
WATCH: The latest videos from the Star
by HESBORN ETYANG Correspondent, Turkana
Rift Valley
24 November 2022 - 21:00
Read The E-Paper